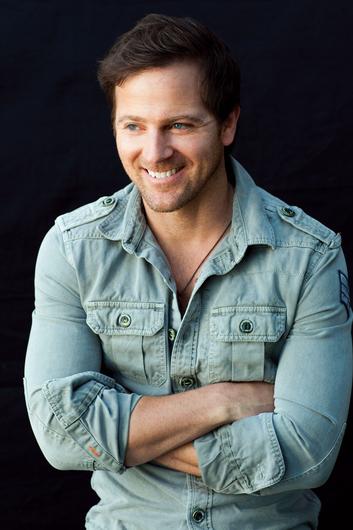 Kip Moore is a man whose stock is rising fast in the country music world. After his debut album Up All Night  which spawned the successful single Somethin’ Bout A Truck Kip has been on the road and recently found himself joining up with Dierks Bentley on hs Sounds of Summer 2015 Tour. March sees Kip head to the British isles and Europe for the first time to take part in the Country 2 Country festival and we were lucky enough to catch up with him for a quick chat.

Kip, you’re playing your first shows over in Europe, just how exciting is that for you?

I feel like I am at the bottom again which is invigorating. We have this renewed energy on stage trying to turn these new fans on to what we are doing. I like the feeling of being a little uncomfortable.

Has coming to the UK and Europe always been an ambition of yours?

Always. I consider myself a very passionate person and I have to be surrounded by those kinds of people. I’ve always heard how passionate the fans were in Europe so it’s always been a dream to come here and play.

Country is on the rise in Europe, especially with Country 2 Country leading the way, do you think major American acts will be more likely to want to come and play for us?

I’m not sure. I can only speak for myself and I know it’s very important for me to keep coming. I love the way people in Europe are really taking in what you’re saying. I can see what’s happening when we are playing and to want to spend a whole lot more time in cultivating these brittle roots. I hope one day they’re deep and strong.

As well as American bands coming over we also have plenty of great homegrown country acts here. Are you aware of any of them?

I’m aware of the Shires. I like what they’re doing. Strong harmonies with good songs, I hope they go far.

Do you think you’ll spend any time at C2C checking out the local talent on the pop up stages?

I sure hope so. I’m not sure what my schedule is like throughout the day but I like getting a chance to see other bands at any festival I’m playing. It helps remind you why you do what you do.

Previous headliner Brad Paisley is a self confessed ‘Anglofile’ and loves all things English. What are you looking forward to most about being over here?

Hopefully immersing myself in the culture here, I feel I have so far by meeting several different locals, who have taken me all around their spots. I want to feel how the cities move and breathe throughout the day.

Up All Night’ received an amazing response across the country music world, how did it feel seeing your debut album make it so big?

The way you think it would. I’ve been kicked in the teeth for years. I’ve played every dive you can think of in America building a solid fan base little by little. I would think it’s like raising a child. You put so much energy into cultivating that record and you want to see it conquer what you know it’s capable of.

Your sound is more accessible than some country, we can hear the Springsteen in your voice, what else are you influenced by?

Sam Cooke (old Motown guy), Bob Dylan, Bob Seger, Willie Nelson .. my dad raised me on great songwriters and their music shaped me for years without even knowing it was happening. I owe so much to those guys. Once I’d lived hard enough and reckless enough, that’s when I re-discovered them.

What have been the most memorable moments during your recent success?

Headlining my first major tour was everything I had hoped it would be. To be able to share that with my team, my band etc … was the most gratifying thing. Nashville is known to be a revolving door of hired guns when it comes to forming a band. I met all my guys organically throughout the years and we are the same band from 7 years ago.

Are you planning the follow up to ‘Up All Night’ at the moment or just concentrating on touring?

I plan on putting out the new record hopefully at the end of May. I’ve been working on the new project for over a year and can’t wait for people to hear what I’ve been up to.

You seem to have entered into a great friendship with Dierks Bentley, has he told you anything about C2C after he played (and blew the roof off) last year?

Dierks has become a dear friend and one that I have a great respect for. We talk about a lot of things but we’ve never talked about me playing this festival. I don’t think he even knew I was coming.

Just how important is it that acts like Dierks take the up and coming stars out on tour with them?

It’s huge. Going out with a guy like Dierks that has such a loyal fan base goes a long way with acts like myself. It’s essential in the growth of an artist from winning new fans to learning how to.

Are you beginning to regret entering into a war of pranks with Dierks or do you think you can hold your own?!

Dierks doesn’t wanna mess with me. I’ll just take it a little further each time.

Unlike a lot of country front men you tend to play a lot of guitar during your live show, is the music just as important as anything to you during a show?

100% .. I take pride in that and spend so much time working up all the arrangements and kicking off the songs with my guitar before the band kicks in.

What has been your favourite new album in the last year?

With the follow up to ‘Up All Night’ can we expect more of the same or do you have a few new tricks up your sleeve?

I’ll never make the same record. I have to keep striving musically to evolve. I’ll never be that artist where you know what you’re gonna get.

Do you think it’s likely we will see you back in the UK on your own tour any time soon?

I’ve already called my agent and we are brainstorming how we make a fall tour happen.

The British country loving public are desperate for more acts to come over here and play for us. Do you think acts in the States are starting to see it as a good option?

It’s very difficult for us due to the cost to get here and our equipment but we have come to that place, at least I know I have, where I’m ok with taking a hit on that end just to get the chance to play music for a brand new audience.