When we first heard that up and coming British star Sasha McVeigh was heading out on tour we were excited but when we found out that she’d be co-headlining with American songwriter and Zac Brown collaborator Sonia Leigh we simply couldn’t believe it!

The ‘Mind The Gap Tour’ was about midway through when we got the chance to catch them performing at the Brudenell Social Club in Leeds. It has to be said that the turn out for the show was very low which was a crying shame. A Monday night in Leeds still doesn’t seem to draw the crowds like it should – it certainly wasn’t a reflection on the quality of the acts.

The night got off to a great start with up and comer Laura Oakes opening up. Armed with just her guitar Laura put in a great set of three or four songs that showcased her superb voice and great talent. After this short acoustic set we are certainly excited to hear more from her.

Doncaster’s Emma Jade followed Laura Oakes. Again armed with an acoustic guitar Jade’s performance was a little different in that it comprised of mostly covers. There is no doubting she also has a superb voice that reminded me at times of Dolly Parton. There’s certainly a lot more to come from the two opening acts and it was a great touch to have them opening and put in front of a new audience.

Sasha McVeigh was the first of the headliners to hit the stage at around 9pm. Kicking off with Time Of My Life Sasha soon got into her stride. She played through Stupid Girl and No Strings Attached Romance before embarking on a Zac Brown Band medley. Zac Brown seemed to be a reoccurring theme of the night and this was no doubt due to Sonia Leigh’s connection with the act. Sasha did a great job of covering a variety of their songs.

One of the great things about Sasha McVeigh is how comfortable she is on stage. Her natural confidence

and charisma make for a charming show that is only complemented by her fantastic voice. The relatively

small numbers in the crowd made it all the more charming and intimate.

Someone To Break My Heart, Crooked Road and You Only Live Once followed with the great band (all

backing Sasha superbly. It was a great testament to the up and coming talent in this country.

provisionally due out in June. The hour 50 minute set finished with First then Mr Brown Eyes.

All in all Sasha’s set was extremely engaging and entertaining. Her performance was full of energy and

definitely showed what an immense talent she is. We can’t wait for her debut album and hopefully more 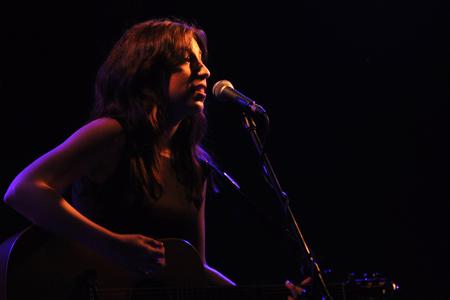 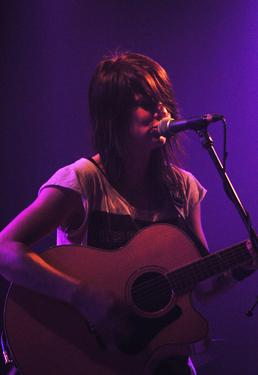 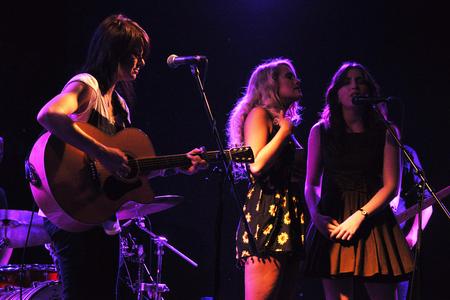 Sonia Leigh hit the stage to top the night off and what a job she did! As a small woman she packs a serious punch in her voice. The first two songs My Name Is Money andPut It In Your Pocket absolutely grabbed the audience by the scruff of their necks and showed exactly what she is all about.

Her passion for perfoming is clear to see and, for someone who has toured with a Grammy award winning band and played venues like Red Rocks, seemed genuinely pleased to be playing for us. Her main priority was everyone having a good time and that set an amazing mood for the whole show.

The set ended with Emma Jade and Sasha McVeigh coming on stage for a rendition of Sweet Annie. Followed by Laura Oakes joining

too for a finale of Summer of 69. It was all good fun although we did find it a little odd that Emma Jade carried her phone around

the stage taking selfies whilst the crowd was trying to enjoy the music but I’m sure she just wanted a souvenir!

Band. She’s currently having a push at breaking the UK and her singles Put It In Your Pocket and When We Are Alone are available

on iTunes – we can’t recommend these enough! And please try and get out there to see her, and Sasha, on tour as you will not regret

After the show we had a chance to talk to both of the headliners and they were as friendly as you could ask.  There was no

had enjoyed the show. Good people! With country on the rise on these shores there can be no doubting that these two performers