It’s flown by but we are already halfway through 2015 already! We’ve had a fantastic 6 months for country music with some great new music and tours. On top of all of this Six Shooter celebrates it’s 6 month Birthday in July.

We thought it’d be nice here at Six Shooter to get our writing team together, discuss our favourite moments of 2015 so far and reflect on a fantastic start to the year!

Mark – “Chris Carmack – Being Alone is the one song I can think of that really took my breath away when I first heard it. Perhaps best known as Will Lexington on ABC’s Nashville, Chris has taken strides towards a solo career and seems to be doing great with this self-penned number. It’s catchy sing-a-long chorus and meaningful message make it a real favourite of mine. Keep an eye out for Chris’ debut EP out this year!”

Peter – “It’s a difficult one, I have a couple of albums ringing in my ears at the moment so the easy option is to pick one of them, instead I have looked to see what Last FM says I have listened to the most and quite rightly it is the sublimely beautiful, Oaxaca by Cale Tyson from his Six Shooter reviewed, Introducing Cale Tyson. I will in all likelihood count this as one of, if not the best of the year when December rolls around. Gorgeous song.”


Julie – “For me, the best new song I’ve heard is Family is Family from the new album by Kacey Musgraves. It made me cry the first time I listened to it. It is the absolute truth as far as my own is concerned”

Mark – “This is tough. There have been some brilliant albums released this year including Striking Matches, Darius Rucker, Reba McIntyre and Willie Nelson/Merle Haggard. My favourite has to go to Zac Brown Band however for the wonderful Jekyl + Hyde. This is an album that showcases everything ZBB are about from it’s EDM-esque Beautiful Drug to the epic Bittersweet this really is a record that has something for everyone. The album as a whole may not be everyone’s cup of tea due to it’s having some ‘out there’ songs and different sounds but it really does hit every note for me. Great stuff from the new megastars of country!”

Peter – “So many contenders, Jess and The Bandits, Cale Tyson, however Pageant Material by Kacey Musgraves increases in strength with every listen. It doesn’t have any weak spots and the highs are very high. With subsequent listens I acquire a new favourite and it is likely top pick up all the honours it rightly deserves come award nomination time.”

Julie – “Striking Matches – Nothing But The Silence. I liked the album before seeing them live at Milton Keynes and their live performance only enhanced it. They’re an absolutely wonderful pair and so musically talented.” 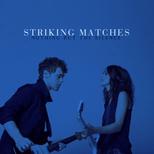 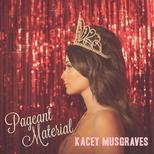 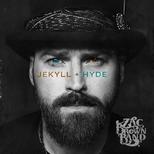 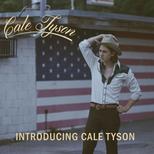 Striking Matches – Nothing But The Silence

Mark – ““This may surprise a few people but I’m going for Florida Georgia Line at C2C. Before the festival they were probably the act I was looking forward to the least but, from the moment they exploded onto the stage, they brought an unbelievable energy and passion to proceedings. They made the crowd feel like this was the last gig they’d ever play and they were as thankful as could be. This was the real deal when it comes to an act giving their all on stage. A special mention has to go to Jessi Alexander and Jon Randall on the pop up stages who were really amazing!”

Peter – “Managed to see Little Big Town supported by The Shires at HMV Ritz Manchester. The headline act I had seen at Country To Country, loved them and had been playing Pin Killer nonstop prior to the gig. They really didn’t disappoint, professional, fun, polished. Just great. The quality of UK acts increases all the time but when you see the likes of Eric Church, The Band Perry and Little Big Town, you see sometimes, we have a way to go.”

Mark – “Jon Randall’s North Carolina Moon has to be one of the most beautiful songs I’d never heard until this year. Jon is primarily a songwriter now and has credits with the likes of Dierks Bentley but this song is well worth a download. You have to feel that had it been recorded by a big-name artist this would have been a huge hit. Give it a listen!”

Peter – “I’m To Blame by Kip Moore, it’s part of a cluster of songs that I have been playing a lot recently, in amongst tracks by Thomas Rhett, Jana Kramer and Josh Turner, this Kip Moore tracks is the one that I keep returning to, as I type this it’s playing. It has a feel similar to Eric Church’s Give Me Back My Hometown or John Mellencamp’s Jack and Diane. I love it.”

Julie – “Someone to Break My Heart by Sasha McVeigh. I love Sasha’s voice and I think she is coming in to her own now.”

Sasha McVeigh – Someone To Break My Heart

Mark – “I’ve toiled over this because my discovery of Andrew Combs and his album All These Dreams had me as excited as a kid on Christmas but, by a narrow margin, Billy Currington has been my favourite discovery this year. From the moment I put Summer Forever into my CD player I was a fan. Somehow Billy has flown under my radar for a few years which is regrettable. Now I’ve heard him I’m looking out for him on the bill for next years C2C. Here’s to hoping…”

Peter – “I grew up with Waylon Jennings. Figuratively. My parents were always playing his music, along with Willie Nelson, Johnny Cash and Alan Jackson. The latter two in particular are my favourite artists, Willie I like and Waylon I never listened to at all. Unsure why, as my parents and my sister are responsible for the music I listen to now. Then early this year I heard Luckenbach Texas by Waylon Jennings for the first time and it was the catalyst for immersing myself in his music. Still waiting to hear a bad track by him.”

Julie – “Callaghan. I heard the song When You Loved Me on Bob Harris’ show and I fell in love with Callaghan’s voice straight away. Then I saw her at C2C and she was awesome. I haven’t got round to seeing her do a full concert yet but I will!”

Mark – ““This is a tough one for me. We’ve had so many brilliant and varied people chat to us here at Six Shooter that it’s hard to pick just one. Oscar winner Ryan Bingham gave a great perspective on his writing process and the ‘outlaw country’ label. Kip Moore was as passionate about the UK and his music as any one I’ve spoken to. Sonia Leigh and Sasha McVeigh are two of the nicest people in the industry and doing the ‘tomatoes’ proud. Kristian Bush injected plenty of his nice guy humour and passion for his solo project and Jace Everett was funny and incredibly down to Earth. How can you make me pick??? If I’m forced I’ll go with Jace.”

Peter – “I particularly like Marks interview with Sasha McVeigh. She is an artist on the verge of great things, touring regularly over here and also playing some big stages in the US. Marks interview is pretty in depth and fairly enlightening.”

Julie – “Sasha McVeigh. I love her story. In fact, I really love those stories where a relatively unknown singer gets to go to Nashville and pursue their dream. I even wrote a book about it! I honestly believe that this is something that only happens with country music and it was lovely to read about Sasha’s success.”

Mark – “This has to be Kip Moore’s sophomore record Wild Ones. His debut album was wall to wall with brilliant ‘rocky’ country songs so I can’t wait to see what he has in store for this one. I enjoyed the lead single I’m To Blame so if that’s a yard stick of what’s to come it should be a cracker.”

Peter – “2015 promises an album from each of my favourite artists. The delayed new album from Toby Keith is likely to be released this autumn,  35mph Town and Toby has said this is a return to his roots. Time will tell. This month however sees the new Alan Jackson album, Angels and Alcohol, his first new material outside of his Bluegrass album since 2012. This is a huge deal for me. Highly anticipated.”

Julie – “John and Jacob. I saw these guys last year when they supported Kacey Musgraves and they were fabulous. I couldn’t believe that their album wasn’t available in the UK then but now it is!”