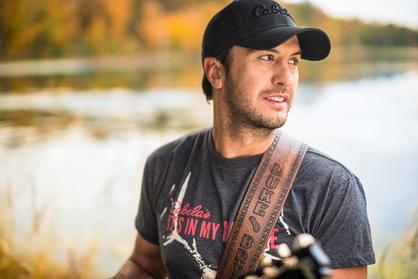 38 year old Luke Bryan to coincide with the annual college holiday in the US. Bryan himself stated that, due to

his age, it felt like the time was right to move on from this part of his career but the question this has left us

asking is what effect will this have on his career?

Bryan has long been seen as one of the fathers of ‘Bro Country’. His songs about good times, girls, trucks and

beer obviously lead to the usual conclusion that he is one of the ‘Bro’s’ and I suppose this is understandable. It’s

only been built upon by his duets with the likes of Florida Gerogia Line. This has always been Bryan’s thing

with this whatsoever. After all, it’s why a lot of people (including us) love him so much.

will come to the same conclusion about the rest of his music? After all, if performing to crowds of 20 year olds

and singing about ‘sorority girls’ is something he wants to move on from then maybe writing about parties in a field with girls is the same. What would this mean for the Georgia boys overall sound though? Would we lose the Luke we love as a result?

On Luke’s last two albums Tailgates and Tanlines and Crash My Party there were some more tender moments mixed in with the party stuff. For example You Don’t Know Jack and Drink A Beer were both serious songs of sorrow and sadness. Maybe the future releases from Bryan will draw on these types of influence. But would that be a good or a bad thing? There’s no doubt that these types of songs are brilliant but the reason they work is because they are alongside the likes of Country Girl (Shake It For Me) and That’s My Kind of Night which keep an equilibrium. There can be no doubting that Luke works best with some fun in his music and the inclusion of some more serious stuff creates a nice balance. Luke has always done this, if we look back to his sophomore album Doin’ My Thing we had the balance of the fun Rain is a Good Thingwith the big ballad Do I.

I suppose the big question is can Bryan continue writing and singing about the same subjects even as he approaches 40? The answer, for me, is yes. Why not? OK, it’s true that the Spring Break albums were perhaps becoming a little cringe worthy and it felt like the old guy turning up at the kids party. As our writer Peter Donohoe put it he seemed a bit like Will Ferrell’s character Frank the Tank from the film Old School. This doesn’t mean, however, that he can’t still perform songs about having a good time and partying because, believe it or not, 38 year old guys can still have a good time!

The song Spring Breakdown is a great example of where I’d like to see his music go. It’s still upbeat
and full of life but lyrically deals with the feeling of moving on from something you love. It’s a powerful
song in that you really know how hard a decision it was for Bryan to stop the Spring Break albums
and shows. It was clearly something that he loved. If any of his upcoming music follows that suit then I’ll
be a happy man. For me, it has to be one of the most underrated songs of the year.

The only hint we have had from Bryan’s next record is the single Kick The Dust Up which has recently
been released and is also serving as the name of Luke’s summer tour. The song itself is lyrically
similar to what we’ve come to expect – about partying in a field – and suggests that things aren’t going
to be too different on this album. He continues to draw on the influences from his time working on
a farm and small town life. If I’m being honest it’s starting to grow on me but having said that That’s
My Kind of Night was slated by some fans so you can’t please us all! I would stress that this is only the lead single and it’s very unlikely that Luke’s management and label would want him to send out shockwaves before the album is released so I’d guess that we will really find out if Luke’s music is getting a total makeover when that comes out.

Speaking of the new album it has also been announced that Luke’s fifth studio album will be called Kill The Lights and is slated for release on August 7th.

It’s important to remember that Luke Bryan has twice been crowned Entertainer of the Year and is one of the most successful modern country stars that we have. Whatever decision he makes on his future I can guarantee that it’ll still lead to the same great Luke Bryan music and live shows. The change in direction in dropping the Spring Break records and shows may be the only change we see in Luke, and quite frankly I’d be more than happy with that, but it has opened him up to the questions about where he will go next.

Another thing that I feel is important to mention is that the Bro Country debate that seems to rage on has nothing to do with Luke Bryan. He has well and truly proved by now that he is more than just a Bro Country performer. He’s got four albums out and, whilst people may have taken some inspiration from his party songs which led to the Bro Country influx, he has a great depth to his music that makes him so much more than just that. 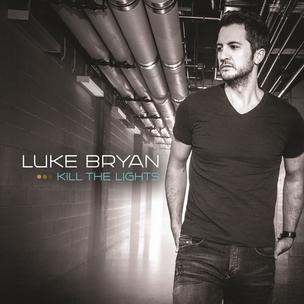