The Pistol Annies are one of country music’s great supergroups. Consisting of the megastar Miranda
Lambert, Ashley Monroe and Angaleena Presley the trio produced two albums – 2011’s Hell on Heels and 2013’s Annie Up. After this the three went their own ways to continue with solo careers. The last of the three to release an album was Angaleena Presley with her stellar 2015 effort American Middle Class.

The album caught the fans and critics attention with it’s raw and powerful themes. This year Angaleena
hits the road in the UK so we took the time to sit down with her to discuss the record, returning to Europe and more…

It’s been just over a year now since you released your debut solo album American Middle Class. How have you found the reaction?

I couldn’t have asked for a better reception. Critics loved it and the fans really connected to it.

Was it something that took a long time to work on and produce or did you have a lot of the album written for some time?

It took forever. I wrote some of the songs 10 years ago. I’ve been through the grind of Nashville and never could convince a major label to take a risk on such raw material. After the success of Pistol Annies, I made the record and put it out on Slate Creek records, and independent label out of Texas. I was so relieved to finally share this music.

The albums theme suggests a lot of hard times and strife. Is it a deeply personal record to you?

Definitely. I lived every second of the record. I was born in a tiny coal town where survival was just a way of life on so many levels. I inherited hard times from my mountain ancestors. It’s they’re in my blood and I probably wouldn’t be comfortable if I wasn’t struggling in some way.

Who have been your biggest influences on your career and, in particular, this record?

Loretta Lynn, of course… I loved the Indigo Girls and Patty Griffin when I was in college and was lucky enough to become friends with Emily Sailers who sang harmony on Grocery Store. I also loved Pearl Jam, Nirvana, Etta James, The Beatles, James Brown, Janis Joplin, Johnny Cash, Dolly Parton… I mean you name it… My tastes are all over the place.

You have a few co-writes on this record, in particular with the wonderful Lori McKenna,
how important is it for you to work with others on writing?

Very important. It’s really a magical thing when you take an idea to someone and it blossoms into
something outside your own creative comfort zone. I have certain writers that I really connect with
and Lori is right at the top of the list. No one is better at getting to the heart of things.

Yourself and the other members of Pistol Annies have gone from being a great group
when you were together to almost a ‘super group’ following on from the success of your
solo careers. How has it felt to witness the individual rises of your friends?

Great. We were just hanging out the other night, writing and telling stories about all the great times
we had together. We really want to do it again and will find a way to work it out eventually. The
chemistry we have when we write is probably one of the greatest blessings of my life.

Did you find that starting out your performing career as part of a group was the perfect
platform?

Actually, it was like doing everything backwards. I went from playing in small listening rooms to playing in arenas and live on national television. It was a huge leap. I skipped the part where you get in a van and work your way up through clubs and into larger venues. That’s what I’ve been doing this past year and believe me, that tour bus spoiled me rotten. There’s nothing more humbling than getting dressed in a minivan in a dark parking lot and using the rear view as a make up mirror.

Do you still keep in touch with Miranda and Ashley?

Yes, we text all the time and we hang out when our schedules line up.

Will we ever see anything from Pistol Annies in the future?

Definitely. Just a matter of time.

You’re about to embark on a UK Tour. How much do you enjoy visiting us over here?

I love it. I was walking around London today and got so many song ideas. The audiences are so respectful and kind. It’s really special and I appreciate the opportunity to play my music for such a wonderful group of people.

Country music is getting a lot of attention and building a huge fan base in the  UK, especially since the introduction of the Country 2 Country festival in 2013, have you felt that in your visits?

I’ve heard great things about C2C. Ashley and Miranda are both playing it this year. Maybe we’ll all come back together next year.

Has visiting to UK and Europe always been important to you?

Yes, I’ve dreamed about traveling ever since I was a little girl. Also, I’m a direct descendent of the McCoy’s from the famous McCoy and Hatfield feud. I did some research and traced my family all the way back to Scotland and Ireland so technically, I’ve been given the opportunity to come home and that’s truly how it feels.

Have you any plans for the follow up to American Middle Class?

Yes. Big plans. I’m working on the new record now and I don’t want to give too much away but I’ll definitely be playing some of the songs on this tour so people will get an idea of where it’s going.

What are your thoughts on the current state of country music for women after the whole ‘saladgate’ scandal last year?

I think the women in country music are strong, brave and honest, just like they always were. We never changed and I’m pretty sure we never will.

The likes of yourself, your fellow Annie’s Miranda and Ashley Monroe, Kacey Musgraves, Brandy Clark and more seem to be flying the flag for women in country music. Is it an exciting time to be a female country artist?

Yes, I feel blessed to make music alongside women who make music that I love and am inspired by.

My plans are to make and put out my new record, do shows, go to a lot of little league games, host some star wars themed sleep overs and do what I have to do to keep breathing and getting the most out of this little life. I might love on my husband a little bit too if he acts right! 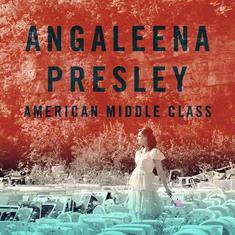