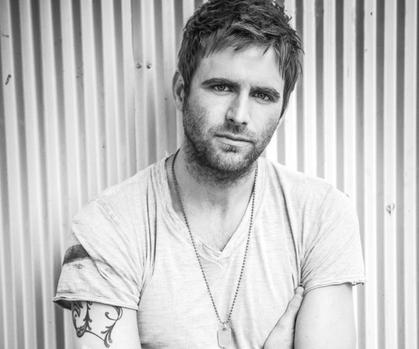 top. This wasn’t necessarily from hearing a few songs from the album but from the reputation he was getting alone. Rolling Stone named him one of the new country stars to watch in 2015, everyone from Dierks Bentley to Kristian Bush had named him as a star in the making and his songwriting credits for Dan + Shay and more. Canaan Smith was building one Hell of a reputation before even releasing an album. When Bronco was released in the summer of 2015 we weren’t disappointed – it has already spawned two great singles in Love You Like That and Hole In A Bottle as well as having the heart-wrenching and deeply personal title-track Bronco on there. Smith is currently on his first headlining tour the Stompin’ Grounds Tour and we got the chance to catch up with him.

You’ve just released your debut album Bronco. How good a feeling was that having been 3 years since you released your first single?It was like an exhale, you know? Finally! I felt like I was holding my breath for 3 years and now I get to breath again. Super excited!

Why was there such a long period between ‘We Got Us’ and the album?

I just wanted to get the music right and I wanted to hit the road and cultivate fans one at a time from the ground up. That paid off because I have a great fan base now. I needed that down time to figure out exactly what I wanted to say and how I wanted to say it.

You’ve toured with some big acts including Dierks Bentley and Darius Rucker in the last few years, just how good an education has that been?

It’s been priceless. I’ve learned so much just being on the road watching these seasoned guys entertain the way they do. Each one of them has their own style and it’s been cool to kind of take from that and apply it to what I do. I think that each show just keeps getting better because of my experience with other guys on the road. I’m making my show become better because of what I’ve learned from them.

Are there any other acts that you’d class as having a big influence on your career?

George Strait has always been sort of the King of cool for me. I know he’s the King of country music but he’s also been that guy with the swag that no matter how old he gets or if he’s away from radio or whatever happens in the future with George Strait he’s still going to be such a cool dude. He’s stayed true to who he is and I admire that.

Who have been your biggest musical influences?

When I was younger it was The Beatles. I knew every 60’s Beatles song on guitar and how to sing it.  That was a huge one for me along with George Strait at the same time. My Dad was a rock ‘n’ roller so I got to dive into some of the classic rock ‘n’ roll stuff to because of his influence in my life. It’s eclectic for sure.

When Love You Like That reached number one in the country airplay chart was there a feeling that you were really starting to make it?

Yeah definitely! That’s something that you cannot describe the feeling of. You put in all these years dreaming towards that goal and working towards it. When it happens it’s just the culmination of so much and you feel so many overwhelming feelings because I’ve been at it for so long. I think it kind of gave me the confidence to realise that I’m on my way. I’ve got great friends at radio and a great fan base that are supporting my music so it sort of feels like I’m off to the races.

You’ve had some good success as a songwriter. Do you feel there is something about the personal way you write that hits an audience?

I think I’ve got to be honest with my lyrics that’s the thing I have to stay commited to being – an honest story teller. Those songs I relate to are songs that you feel like came from a place of honesty whether it be an up song or a down song. It’s just something that’s important to me that I can tell the truth.

You have a somewhat more smooth and soulful voice than is often seen in the country genre. Do you think that sets you apart?

You’ve recently announced the Stompin’ Grounds Tour which will be your first headline solo tour, how exciting is it?

It’s the best feeling! I’m out here now on the road half way through the tour and it’s amazing! We’re just off to such a great start, the fans are turning up and we’re giving them a Hell of a show. This is the kind of show that I’m really proud of and we’ve worked hard for. We’re leaving it all on the stage every night really and doing our best to give something you’ll never forget. I hope we get to do a whole lot more of this because it’s fun.

Do you have any plans to head over to the UK and Europe any time soon?

I hope so absolutely. I’ve got a lot of great fans over there that are asking me to come. I know that country music has really spread that way. I’m excited for them to get familiar with what I do.

Has visiting our side of the pond ever been an ambition of yours?

Yes definitely! Actually I was talking to my wife the other day and we were hoping that we could plan a trip that way just for vacation at some point in the near future. It’d be even better if we could make it a work vacation too!

Country music is experiencing a huge rise in popularity in England. Are people in Nashville aware of the huge fan base over here?

Yeah we are. It’s something that we’re definitely keen to make the most of. The fans across the pond are excited about our music and I think that one thing I can do in the future is get over there, play some shows and let them know that I appreciate their support and just try to grow my fans every which way I can.

Going back to the album. The title track Bronco has a deeply personal message. Just how tough is it to sing something so personal?

It’s tough but it’s also rewarding. I almost feel like I have to sing that song. Not just for me. It was cathartic when I wrote it but it’s also something that, it’s a storyline that I’m my audience every night, there’s always one person in that building that knows exactly how I feel and what I’ve gone through because they have too and so it’s important that I sing it. Songs like that can help people heal and it did for me.

A lot of people have spoken about how it’s a song that touches them personally too. How important is it that writing and singing about a tragedy you experienced can help others getting through their own?

Like I said music is powerful. I’ve been given the gift of music and I’m thankful for that. The least I can do is share my experiences through my music with the people that are supporting my music. It’d be sort of unfair if I was just surface in my music and I didn’t give them a real piece of who I am. It’s important to me and I think it’s important to them too.

The album seems to take a lot of influence from genres other than country music. Are you keen to expand your sound or is sticking to country important to you?

All I plan on is just doing what I love and staying true to who I am. I do have a lot of musical influences but in the core of who I am I’m just telling the truth and I think that’s what country music can be defined by so I’m happy to do that.

There has been a lot of talk about male voices in country music singing exclusively about drinking beer and sitting on tailgates. Do you think that’s a fair assessment?

I’m sure there’s a lot more to it. There’s a lot of great songs out there by some great country singers that are much more than that. I don’t see it that way.

Is it something that you’re keen to avoid?

I think that I’m keen to be as honest a songwriter and artist as I can be. Some nights I do drink a lot of beer and if I write a song about drinking a lot of beer that’s because I do it. If I’ve never sat on a tailgate before I’m not going to sing about it. I’m just going to stay honest in my stories and talk about things I’ve been through and relate too and not try to get hung up on all that stuff. I just want to stick to what I know and do it.

What are your plans for the future?

I want to grow this one by one. Each fan, each show, bigger and better. Each single that I put out I just want to resonate with the fans and I eventually want to play tours around the world where I’m selling out arenas. I’m dreaming big and I’m not going to stop until it happens. 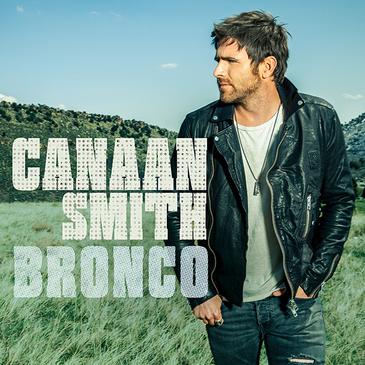