The story behind Doug Seegers path to success is inspirational, unbelievable, motivating and 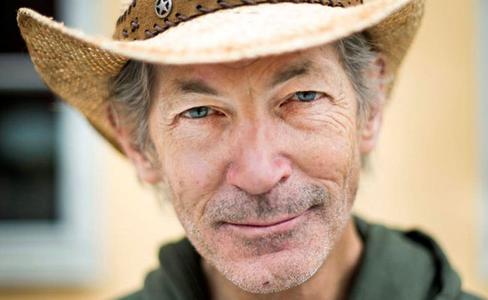 many many more words that we just don’t have space for. When he was discovered he was homeless and busking around Nashville. Swedish country star Jill Johnson had come to town to record her TV show ‘Jills Veranda’ and was recommended Doug as ‘one of the best voices in country’ – as she and her producer heard him perform his song Going Down To The River they knew they had to sign him. Since then he has released an album of the same name and had great success in Scandanavia which is now spreading to the USA and more. Doug recently stopped off in England and was kind enough to have a chat with us here at Six Shooter.

It’s been a long, hard road to the top for you. Has music always been your dream?

Yes, music has always been my dream. Through hard times and good times.

Deep down do you think you always believed that your time would come?

No I never believed it and never relied on it. I put it in God’s hands. I’m not responsible for my success God is.

You took a huge chance moving to Nashville, did you ever fear it wouldn’t work out for you?

These questions are meant for someone who has put their heart and soul into “making it”. For me I was just going along with my life being a street singer when I met Jill Johnson from Sweden. She put my song “Going Down To The River” on her TV show Jill’s Veranda.

You’ve taken a somewhat unconventional route to success in that your first big hit was in Sweden, did you ever expect that?

No I didn’t see that coming.

We’ve read that you can still be found busking around Nashville. Is it something you need to do or something you just love doing?

Busking is something I love to do. I busk all over the world now!

You’ve been compared to Hank Williams Sr. by a lot of people. Just how big a shadow is that to be stood in?

Congratulations on making your Opry debut recently. Describe that feeling of walking out on to that stage into the famous circle.

Who are your biggest musical influences?

Have you made a lot of friends in your time in the spotlight?

Country music is constantly growing in Europe and you are perhaps one of the first American acts to use this part of the world as a platform. Do you think it’d be a good place for other American acts to start out?

Sure why not I really do think it’s a good place for an American country act to launch their career. It if works for me, it will work for others.

It can’t have been easy when you were homeless trying to make it by on money from busking. What kept you going through those times?

Actually It was very easy making money busking. I always made enough to get by. You don’t need a whole lot of money when you are homeless!

When Jill Johnson and her crew appeared to watch you play for the first time what were your feelings on it? Did you think it’d ever end up like this?

I didn’t know who they were at the time. I guess I felt like it was an opportunity but I didn’t expect anything to come of it.

What has been the most memorable moment since you were signed up?

Making my album “Going Down To The River” my first record.

You were able to work with Emmylou Harris and your friend Buddy Miller when making your album, just how special was that?

I think Emmylou is an angel who fell from Heaven. I’ve always felt that way. Having both Emmylou and my old pal Buddy Miller on my record is beyond special.

Did you ever think you’d get the chance to work with Buddy again when you had put music to one side for carpentry or were homeless?

I didn’t think Buddy had time for me when I moved to Nashville! He was so busy!

‘Going Down To The River’ has been a huge success in Sweden. Are you planning to push the album in other countries?

Will you be coming to the UK to tour any time soon?

Your story is a truly amazing tale and will without doubt offer hope to so many people. What message would you give to people who are suffering from hard times and feel low on hope? 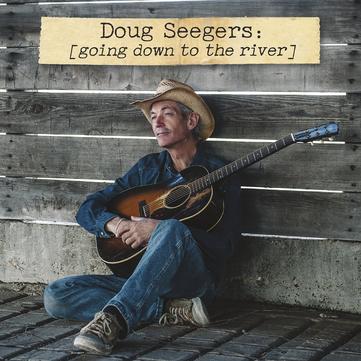 We’d like to thank Doug for taking the time out to have a chat with us. Check out our Album Reviews section for a review of Going Down To The River.