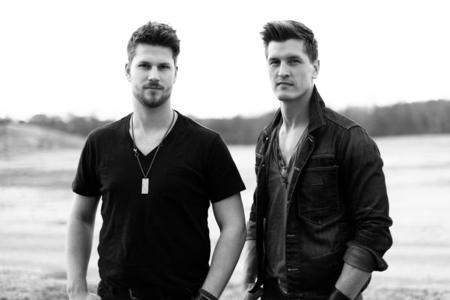 were announced on the Yamaha Music Stage at Country 2 Country 2016 in London. The band, who hail from La Crete in Canada and consist of brothers Brad and Curtis Rempel, have just released their fourth full length album and signed a deal with Atlantic Records in Nashville. We made time for a quick chat with the guys ahead of their first visit to the UK next year…

For anyone who hasn’t had the chance to encounter High Valley yet, tell us a little about yourselves…

We are 2 brothers from one mother. Our music is energetic acoustically driven. A combination of pop and bluegrass we like to call “pop-grass”.

High Valley will be coming to the O2 Arena in London next year! How excited are you for that?

We are pumped out of our minds! An amazing lineup to be a part of. This will be our first time in England and are beyond excited!

What can fans expect to see from you during your set at the O2?

A lot of energy and acoustic instruments. Big harmonies and maybe some banjo balancing on Curtis’s face.

Will this be your first trip to England?

Country 2 Country festival is a huge platform for even the biggest country acts from the States to get exposure. How big an opportunity do you see this as?

This is an amazing opportunity! This will be out debut in the Eastern hemisphere! Hopefully many more opportunities can come out of this.

Such stars as Ashley Monroe and Frankie Ballard will be gracing the same stage as you on the weekend. That must feel good?

It’s always amazing to share the stage with amazing artists!

You’ve recently signed a deal with Atlantic Records Nashville. How exciting was that?

This is a huge deal! We can’t believe this is real! We are so excited for the future of our music!

There are some huge artists on the roster at Atlantic and it’s housed acts such as Zac Brown Band. Do you feel that’s the perfect platform for you to push on to bigger things?

Totally! The label is excited to introduce us to the world and we can’t wait! We really can’t wait for me people to hear our music and we believe Warner/Atlantic is just the perfect partnership for High Valleys future.

You come from Canada which isn’t something that’s all that common in Nashville. Do you think that sets you apart?

I think the fact the we grew up in an extremely secluded farm community probably sets us apart more than anything. We grew up 5 hours from Walmart and any fast food haha!

How is the country scene in Canada?

There is some amazing talent in Canada and a ton of country music fans!

Ricky Skaggs, Imagine Dragons,  and Diamond Rio are a few.

Working together as brothers must have it’s positive and negative points. How do you find the dynamic works?

The chemistry works well onstage and a fans seam to be entertained by the humorous dynamic. Obviously we fight sometimes 🙂 We also make up and move on.

How have you found the reaction to your album County Line?

County Line has been a great album for us, breaking all our previous chart and sales records. This album has been a major step forward!

Have you got any plans in place yet for releases under your new label?

We have a tonne of shows booked. We are excited to play in London England! Also, we will be spending time in the studio so we can melt faces off with brand new music! 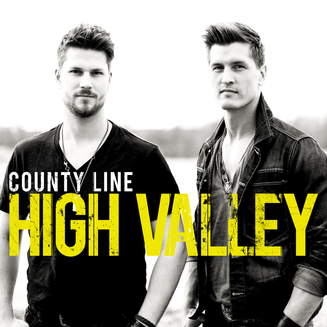