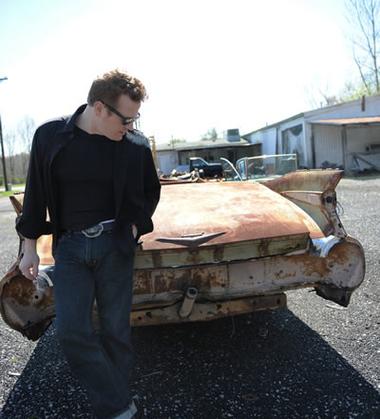 smash hit TV Show True Blood. Bad Things was the big hit that kicked off Jace’s career but, as we can see from his recently released ‘Best of’ album there is much more to Jace Everett than Bad Things. As the title suggests there are a whole lot of Good Things! We were lucky enough to get a chance to chat with Jace for half an hour
before he heads off on his UK tour…

You’re over here in the UK following the release of ‘Good Things’ your best of album. What made you think now was the time to release a best of?

Yeah, it’s funny to be a one hit wonder and put out a best of compilation so I just thought that was cheeky enough that I was interested in doing it!

I was never afraid of a pun obviously!

Hopefully this is a best of so far and there is plenty more new music inside of you ready to come out?

We’ve actually done a live record that we’re selling at the shows. It’s got one or two new songs on and I’m actually about six songs in to some new recordings that I’ll be doing in the Fall when we get off tour.

Your last full-length album was Terra Nova, which had a distinctly religious theme. How did that come about?

Well I grew up as a very religious, Conservative Texas boy and I moved away from that in my twenties but I still find a lot of ‘meat on that bone’ as far as things to write about. As religion is still playing an unbelievably powerful role in politics and the world I just wanted to take a different look at some of those stories. I still think that’s great literature, I mean, Shakespeare wasn’t afraid to use it and he’s a better writer than me so why not!

Terra Rosa takes a chronological look at some of the messages behind stories in the Bible. Why did you decide to do that?

It’s funny that brought up chronologically because as I was putting it together I tried to sequence things to get a good flow musically and no matter what I did it just wound up making the most sense to start with Genesis and end in the New Testament so I just went ahead and did the chronological order because that just made sense to me.

Being raised in Texas must have meant you were surrounded by some huge musical influences. Who would you list as your main influences?

I sound nothing like him whatsoever but the very first thing I remember getting completely turned on by was Willie Nelson’s album The Redheaded Stranger – which is a concept album too. I’m old enough that I enjoy a full LP which, of course, isn’t what’s happening in this day and age I understand but there’s something about, whether it’s Dark Side Of The Moon or whatever I like a story arc and to be taken on a journey.

It’s more like the 1950’s or the 1960’s where it’s such a single driven culture now and I respect that it is what it is but maybe I’m too old for that – I really enjoy having a body of work that ties together if at all possible.

I’m really into so many different things. I guess I’ve been talking about my ‘Mount Rushmore’ lately and that has to be Johnny Cash, Leonard Cohen and Nick Cave. Just these guys that I look to as the icons. They all fill my head with ideas.

All great songwriters of course, not just performers…

I’m really keen to have a lyric that can transcend time. Hopefully I write songs that could have come out twenty years ago or twenty years from now. Some times I fall short to be sure but that’s what I strive for.

You first found success as a songwriter in Nashville.  I believe it was a song that Josh Turner recorded…

Yeah! I wrote that song for myself when I was trying to be a mainstream country artist but I think the folks in mainstream country radio recognized that I wasn’t really a mainstream artist! I was something different and the label didn’t want me to record that song as they didn’t think it’d be a hit. And had I recorded it then it may not have been a hit – I’m very grateful to Josh Turner for recording it.

I suppose it could have taken your career in a direction that you weren’t really as comfortable with?

What are your thoughts on the current music being produced from Music City? Is there anything that really gets you going?

The few things that I hear that I actually like tend to be the women. Miranda Lambert makes great records and I think she’s a great artist. Kacey Musgraves obviously her debut record was stunning. That’s one of the things that frustrating for me, I love Nashville as a city and there a lot of great musicians there. Unfortunately country radio in the States, I don’t think, gives enough time to the female artists. In a lot of ways I think they’re making the most interesting music n Nashville these days.

When you talk about country radio there was the huge controversy recently with Keith Hill sparking the ‘Tomatogate’ scandal in suggesting country radio steers away from female artists. What were your thoughts on that?

Yeah which sounds like horsesh*t to me! Iceberg lettuce is very boring – it’s mostly water – tomatoes have a lot of flavour and come in all shapes and sizes so I’d say lets add some more tomatoes to the salad!

Absolutely! It’s frightening that there are people in powerful positions with those sort of views…

Well I guess we all know that power doesn’t necessarily equate intelligence!

With a ‘Best of’ album coming out we can’t go without mentioning ‘Bad Things’ – the song that shot you to fame. How did that end up being picked as the theme for True Blood?

Well as you know it was on my debut record that I did for Sony and we threw it out to country radio who had no interest. I played it on the Tonight Show, which is the big show in the States, and it was an iTunes single of the week but I think we had about three hundred thousand downloads of the song. Two years later Alan Ball, who was putting together the show, used the song as a template with the intention of replacing it but the folks that did the opening sequence did such a bang up job of matching it to the music that they just wound up keeping it! Even though I wasn’t a star it just worked really well! I got very very lucky is what happened!
The song almost sounds like it was written for the show. That opening credit is just perfect…

Well I made a music video for it that I think the opening credits turned out vastly superior than!

It’s a song that is now absolutely synonymous with the show. Just how much have it helped your career?

It was. The truth is that my career was maybe going to be over. I enabled me to make these increasingly strange records that have satisfied me artistically if not financially! I’ve been making the music I want to make and that’s a great privilege.

Do you ever get tired of playing it?

I’ve played a couple of shows and not played it and it did not go well! So, yes, I wrote the song in 2002 and it’s not exactly new but we are doing the show as a trio which changes things a little but we are trying to give the fans what they want but also try and move it around enough so we don’t lose our minds!

You’re about to head out on the road with us here in the UK. How much do you enjoy playing to British crowds?

You’ve been over here a few times on tour. Do you have any favourite spots in the UK to play?

I love The Borderline in London. A year and a half a go we sold that out which was a great laugh. I love getting to Brighton because I love the town and of course we’ll be in Glasgow which is one of my favourite cities in the world – I just love the Glaswegians they’re crazy in just my kind of way! Manchester has always been really good to me as well.

Yourself and other American acts seem to be coming over to the UK more and more often. Just how is the UK perceived by acts in Nashville?

I think so. What I do isn’t truly country – it has elements of country but I think the Nashville crowd is finally recognizing the fact that there’s more to life than playing in Georgia! They’re realizing that people here really do want to listen songs. Certain kinds of artists if you’re talking about Steve Earle or Guy Clarke – those guys figured that out years a go because they’re real songwriters and real artists. Even some of the stars that maybe don’t even write their own material are realizing that this is a really good market and people that really love music! I think Jason Isbell has been over here as well – what a phenomenal talent that guy is!

There is a real growing country music scene in the UK, how much do you know about our exports?

Sorry to admit that I don’t! I’m playing with a few on this tour so I’m looking forward to hearing the music.

What are your plans for the next year after the UK tour?

I’m going to be putting out three and four song digital EP’s over the next year just so I have new material to share every couple of months. Whenever we go on tour we’ll press up CDs of those as a compliation. People just aren’t buying records like they used to so the best thing to do is have new content on a regular basis. I’m about six songs in to this new collection and I’ll begin the recording process in September when I get off tour.

We’d like to thank Jace for taking the time to chat to us here at Six Shooter. He is currently on tour in the UK (dates below) supporting the release of his new release Good Things: The Best of Jace Everett. 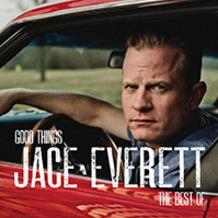