Jon Pardi is something of a traditionalist when it comes to country music. Here at Six Shooter Country 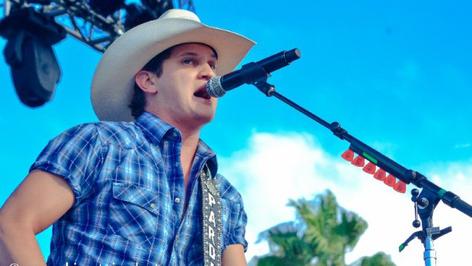 we love all forms of country and have been really excited by the rise of Jon and his classic sound. Still relatively young at 30 years old this year Jon has already supported Dierks Bentley and Alan Jackson amongst others as well as celebrating an immensely successful debut album in Write You A Song which peaked at number 3 on the US Country Chart and sold over seventy thousand copies. Recently we were lucky enough to chat with the California boy and discuss everything from touring with the greats to possibly heading over to the UK.

Welcome to the UK, are you planning any shows in the near future over here?

Nothing is on the books currently, but we’re going to get them one day soon.

This weekend we have had the annual Country 2 Country festival in London, are you aware of the festival?

I recently visited London during C2C and heard of the festival while I was there. It was cool to see just how many people in the UK love country music

Is it something you’d like to play one day?

The UK has a growing country music scene, is it somewhere that you’ve always wanted to grow?

Yes! London has so much musical history, so it would be cool to play over there.

There was a long gap between you first appearing on the country scene and your first record, was this intentional?

When you first start out in music, things don’t always go as quickly as planned. But, the longer the journey, the longer you get to figure everything out. I’m glad things works out the way they did.

You’ve toured with Dierks Bentley in the past, how much did you learn from him about the industry?

I’ve learned so much from Dierks, but the biggest lesson was to stay humble and consistent. Dierks is the same guy he was when I first met him – He has never changed and is the most genuine, humble guy I know.

We recently spoke to Kip Moore who has been engaging in a war of pranks with Dierks on his current tour, were you ever on the receiving end of any?

I was actually on the giving end of the tour pranks. The last night of the Riser tour, I dressed up as the pilot from Dierks’ 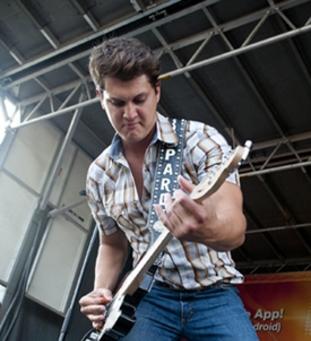 “Drunk On A Plane” video and surprised him on stage.

Your debut album ‘Write You A Song’ got to number 3 in the country chart, did that surprise you?

Yes, indeed. It was exciting to release my album to fans and charting was an honor.

Have you got any plans for a follow up yet?

I’m always writing and we plan to record the first part of my next record this year.

What inspired you to get into country music?

My grandmother inspired me to pursue this as a career. She loved country music and at a very young age, we started singing together.

You are very much in the mold of classic country stars and have said you want to create ‘rowdy, in your face country’ do you feel it makes it harder for you to have success?

Naturally, it’s difficult to go against the grain, but I’m very proud that the music I’m making is connecting to fans. This year, I celebrated my first GOLD record!

What are your thoughts on a lot of the modern ‘bro-country’ and ‘Country pop’?

I’m a supporter of bringing more people to country music and both bro-country and country-pop do that. They are broadening the country genre and introducing more fans to the format.

You are currently on tour with a country legend in Alan Jackson, just how much have you learnt from him?

I’ve learned what a true country music singer/songwriter is. I’ve been singing “Don’t Rock The Jukebox” since I was 6 years old. It is an honor for Alan to have chosen me for this tour with him.

Is it intimidating opening for such a legend?

It’s actually exciting! Every night I am excited to get on stage in front of new fans.

I’ll be getting back in the studio to write and record my next album. This summer, I’ll be touring fairs and festivals and playing some of the new music. 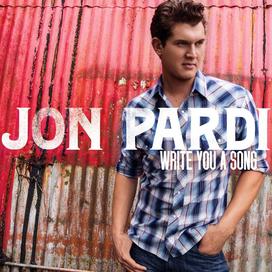 Jon Pardi’s debut album Write You A Song is available to buy now.