A lot has happened for Kip Moore since we last spoke to him in February. He’s played his first shows in 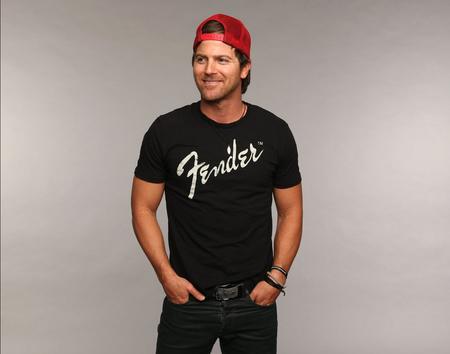 Europe, headed on the road with Dierks Bentley in the States and now releases his second album Wild Ones. We were lucky enough to catch up with Kip during a break from the Sounds of Summer tour and on the week of the album release to talk about Wild Ones, a potential UK tour and his love of Oasis.

Kip, thanks for talking to us again at Six Shooter Country. How are things?

Are you on a break from the (Dierks Bentley Sounds of Summer) tour then?

Yeah, we’ve got a couple of days off here in Southern California so I’ve been doing a little bit of surfing and hanging out.

We’re based in Leeds in England and it’s cold and rainy out so think yourself lucky!

That doesn’t sound like much fun at all, man!

So any way the album is released on Friday, Wild Ones, just how excited are you to get some new music out there?

Man I’m so stoked about this! It’s been over three years since we put out Up All Night and there’s been a big buzz happening around this record, people are loving the little teasers that I’ve been putting out and I just can’t wait to get the record in the fans hands.

We’ve been looking forward to it since Country 2 Country…

Man, I’ll tell you what something special happened over there with me and the fans! I can’t wait to get back over there!

It was a great show. I remember you opening with the title track from Wild Ones. It was louder than anything else that weekend, it shook the place…

Obviously the album is being released in England as well. How big is that for you?

It’s huge and I fought hard for that. It wasn’t going to be but I just know now that I have a demand and a fan base over there. So I wanted to release the record and we’re going to go over there and tour at the first of the year. We lose money on that, you know? We’re not at a place where we can go and play some big venues and make money but going over there means a lot to us, you know, after you buy all of the tickets and all the hotels you’re not making a lot going over there but I can’t wait to get back over there because I felt such an electricity with the fans and I can’t wait to go and play for them!

It’s was a special show in London…

Well just wait until I can stretch my legs and what I really want to do!

The great thing for us over here is that we get to see you in some smaller venues. We get a privilege that not a lot of people get in seeing you in these small venues…

So the album itself; does it represent a big change in sound for you?

It definitely represents a change. I’m never going to be one of those artists that’s going to give you the same body of work. A lot of records sound the same from one to the next but that’s not me creatively. I’ve written three more bodies of work since Wild Ones which are all different from Wild Ones. I just have to keep stimulating myself creatively and changing. This body of work sounds a lot bigger than the first. My vocals have gotten a lot stronger since the first record and my confidence. My voice has gotten really wide and I’ve always had a range which I think I showcase a little more on this record than the first there’s a lot of melody and bass parts that are kind of Motown driven with That Was Us, Wild Ones just kind of bangs. I just think the melodies are more interesting on this one.

I’ve had the record on repeat ever since I got it through from Wrasse Records earlier this week. It’s great!

It seems to be one of those albums where I love the first three songs and get hooked on those. Then I move on a little and release I love the next three right through to the end…

Thank you. I really appreciate that!

So you’ve probably been on tour for a lot of the time since the last album came out. Where have you found the time to write and record?

That’s been a difficult thing! I’ve written most of these songs during soundcheck like the guitar grooves then when I’m driving to the next city at night I’ll listen to those grooves back on my recorded and start singing the different parts like the bass lines and the drum grooves and set it like a template. Then I’ll sit and simmer on the lyrics for a couple of nights sometimes I’ll wake up with a whole start of it in my head or it might take a few days but with this one I waited for it to come to me a little more organically.

So what inspired the material?

I think it’s just the change in my life. First of all it’s a representation of what we feel out here on the road. It’s not just ‘road songs’ it’s about what the road makes you feel. Hearts Desire is that thing of, you know, we’re gone 200 days of the year and that’ll make you feel like you’re missing the most important people in your life and those connections get lost – it can make you a little crazy then the next minute you’re in the elation of walking onstage and playing your songs in front of thousands of people singing your music back to you and you get songs like Come and Get It which are full of passion and energy. It’s full of highs and lows and complete desperation in my opinion.

You can feel the inspiration of playing these big venues. It feels like a stadium album…

Yeah, I make arrangements around that. You start playing lives shows and my writing changed to cater to that.

So just going back to the UK did it surprise you at all the passion for country music in the UK?

I’ll be honest I had no expectations. I didn’t know what to expect but I was surprised at the end of the night when I would hear that our CDs sold the most when I knew we were the opening act. Things like that were surprising for me, I didn’t know that people would connect to me the way they did.

I think your sound has a bit more of a British connection to it. The big thing that night was that you covered Oasis which is a brave move in England…

Yeah that’s what they told me! They told me not to do it! My agent out there advised me not to and said that’s probably not a good idea so I said “well…I’m gonna do it any way!” I’ve kind of always been like that, I’m going to do it my way.

I’ve always loved that record. It was a big inspiration to me early on and was a pivotal point in my life so I just thought I wanted to pay homage and say “thanks, I loved this song growing up”.

The English crowds love it. We love to see how much you guys appreciate the music that’s come from our country as well. We’re honest enough to let you know if we don’t like it!

Were you inspired by many British bands?

I’ve always loved rock and roll. It was a big part of my life and there were so many British acts that I loved growing up and I would say that Oasis record when I was a young teen was a special record for me. You could sense the attitude and I loved it.

Well that era in Manchester was almost like the UK’s own ‘Music City’. So you mentioned it would be the start of the year you’re hoping to come over and play some shows…

Yeah we’re hoping to get over there in February!

How’s the current Sounds of Summer tour going with Dierks? 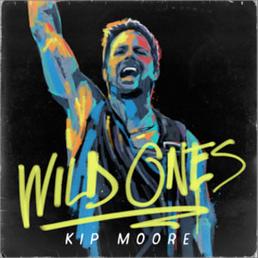 It’s great! It’s really great he’s such a pro and gracious with all of us. There’s so much camaraderie on the tour. We’re having so much fun!

Well good luck with the album and we’ll see you over here soon!

Wild Ones is available to buy now on iTunes and Amazon.

Check out our review here!