Lisa Redford is one of the UK’s most versatile country/folk singers. She has split her time between working 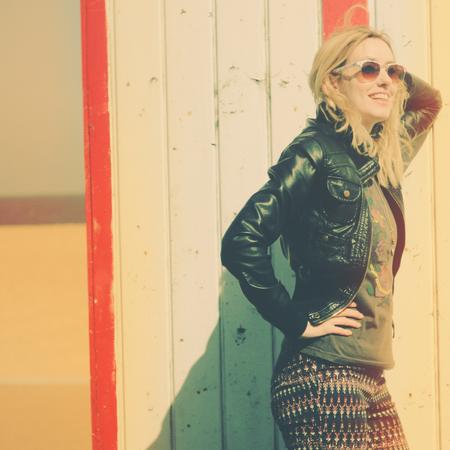 in the UK and America and received great references from the likes of Bob Harris. She first came to our attention performing on one of the pop up stages at the Country 2 Country festival and we knew just that we had to find out more. We were lucky enough to catch up with Lisa recently for a chat.

When did you first start playing music and singing?

Music has been my passion for as long as I can remember and I’ve always loved to sing and write songs. I started playing the guitar at university to accompany myself and it was after then that I started gigging seriously and recording my material. I’ve always been fascinated by the craft of song writing, would avidly listen to the radio and play my favourite songs, listening closely to the lyrics and melodies.

Who have your influences been?

I’ve been inspired by artists such as Ryan Adams, Josh Rouse, Emmylou Harris, Dolly Parton, Whiskeytown, Mindy Smith, Tift Merritt, Kathleen Edwards, Lucinda Williams, Tom Petty, Alison Krauss and Shawn Colvin. I also really love the sound of the singer/songwriters of the 70‘s, like Neil Young, Carole King, Al Stewart, Simon and Garfunkel and James Taylor, their music has such a timeless style. There are also certain books and movies that have moved me and many wonderful songs that have influenced my song writing.

Would you describe yourself as strictly country music?

My music certainly has a country influence but it’s not strictly country. It’s been described as heartfelt, melodic acoustic music with Americana influences. Many of my songs definitely incorporate a country feel, particularly my album ‘Lost Again’ which is very Americana in its arrangements and instrumentation, has banjos, dobros, slide, pedal steel, mandolin amongst many other instruments. I’ve been compared to the likes of Emmylou Harris, Alison Krauss, Sheryl Crow, Jewel and Carole King which is hugely complimentary and I’m a big fan of melody, always aim to write songs with real emotion.

My most country songs are upbeat ones such as ‘Carolina Rain’ ‘Wildfire’ and ‘When You Come Home’ and I’ve also recorded country ballads like ‘Makes Your Heart Sing’  and ‘The Boy Who…’ which has been played on Bob Harris.

You recently played the C2C festival in London, how was that?

It was so much fun and the festival has such a warm and friendly atmosphere.  It’s amazing to see how busy it was! It provides a great opportunity to meet and gain new fans, meet radio shows, do interviews, and there was an immense feeling of community and support amongst the musicians. I played the Saloon and had Bob Harris tell everyone to stick around for my set.

Was it your first time at the festival?

No, my second, I was also chosen to play the pop up stages last year and played 3 times over the weekend on different stages which was great and I gained lots of new fans who then came back to see me this year. There was a great atmosphere then too, I loved it and was so excited to get to play again this year.

Did you manage to catch any of the other acts on over the weekend? If so who impressed you the most?

As it was such a hectic weekend, I only managed to catch a little bit of a sets by Loud Mountains, Ward Thomas, Callaghan, Millers Daughter, Sasha Mcveigh, Winter’s Hill, Hometown Show, but I really enjoyed all the artists that I got to see.

Country music is clearly starting to rise in popularity in this country again with C2C and other major American acts coming over. Has this affected you at all?

It has definitely led to people discovering my music through playing C2C and I’ve been featured on various blogs and radio stations which has really meant a lot. I think it’s great that people are enjoying country music and discovering it. I believe we respond to real emotion and stories and that’s what country music is all about. As I mentioned, one of my earlier releases ‘Lost Again’ had a big country influence but aside from Bob Harris playing tracks and a few other radio stations and magazines, it seems there was not as much interest on the scale there is now although I’ve been into and performing the genre for a very long time.

Who are the main acts you listen to these days?

Making it as an independent artist in the UK must be tough. Am I right in thinking you made the move to the States a few years a go?

Yes, I’ve also been based in New York City where I recorded my album ‘Clouds with Silver’ and ‘Reminders’ EP. ‘Reminders’ was recorded in Brooklyn and produced by a brilliant musician and producer, Jeff Hill, who has worked with the likes of Rufus Wainwright and Norah Jones. A couple of tracks also feature Nashville producer David Henry. I also have a U.S publishing deal for my songwriting and have had my songs pitched to some big named U.S. artists such as Leann Rimes.

I’ve loved being based there and met some lovely people and cool musicians who I’ve also performed with. I’d been to the States a few times in the past and always really loved it and found it very warm and welcoming. I’ve performed at acoustic showcases across Manhattan and had the chance to collaborate with some very respected US musicians that I admire.

How different is it over there in terms of getting support and attention? 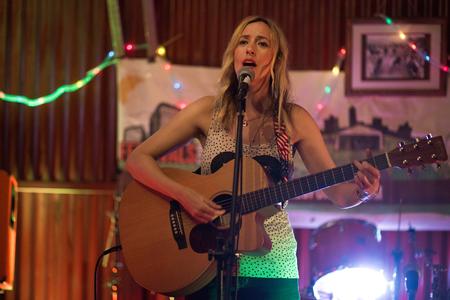 It’s been amazingly inspiring and wonderful for broadening my musical horizons. It can be quite hard to
build things as there’s such an overwhelming amount of talent, you can see great live music every night of the week, but I’ve had interest in my style and songs. Considering it’s such a huge place though, I managed to find a very supportive music community and felt inspired by the energy and vibrant live music scene. I’ve loved checking out all the live music going on and I like that you can see quite a lot of great music in an evening.

You’ve been around the music scene for a few years now and had a few releases. Just how tough is it to really make that big break?

I’ve certainly worked really hard for awhile; booking my own shows, self releasing and financing my own albums, promoting all my releases, essentially been a one woman team. It’s not easy at times but support
from people like Bob Harris has really helped in establishing my name and I’ve had some really exciting
thing happen such as gaining national distribution, great reviews and gigs in Europe.

It must be tough to watch TV talent shows where people are shot to fame in a matter of weeks for little work?

I think there has been some really good talent discovered in some of these shows although as it’s TV and entertainment, they’re often also looking more for a story. I’ve just continued to work and hopefully build my fan base and career organically.

Bob Harris has been very supportive of you in the past and has been a huge hand in raising the profile of country music in this country. Do you have much contact with Bob?

Yes, Bob has been a great supporter of my music and interviewed me at the BBC studios for live sessions on his Radio 2 show. He’s kindly played tracks from all of my releases which for an independent artist like myself has meant such a lot. More recently, I also did a live session for his WBBC ‘Under the Apple Tree’ sessions and often catch up with him at music events such as C2C and the AMA UK conference.

Do you have any tours lined up?

I’ve supported many other artists including many respected U.S country and folk performers and I would love to get the chance to play more festivals and tour. I’m currently looking for festivals to play and would love the opportunity to play in cities that I haven’t already.

How about any future releases?

I’d love to record another album or EP, I certainly have enough new material and very loyal fans that have supported me. I’ve been busy promoting my latest compilation ‘The Sweetest Dream’ which is a compilation of acoustic Americana love songs. Tracks from it have been played on Bob Harris and Amazing Radio. I’m looking for a band and producer as it’s very important to work with people who really understand your style and where you’re coming from musically.