Northern Ireland has had it’s input into the UK’s rising country scene in the form of The Rising. Hailing from Belfast and rising from the ashes of their former guise ‘EXIT’ The Rising have turned their attention to country music. Last year their debut album Coming Home appeared on iTunes as one of the featured country albums.  This year they made their debut at the Country 2 Country festival in London as well as supporting acts such as The Shires, Sasha McVeigh and Sonia Leigh. We managed to catch up with Chris Logan from the band to discuss their recent success and what the future holds.

Tell us a bit about the members of the band… 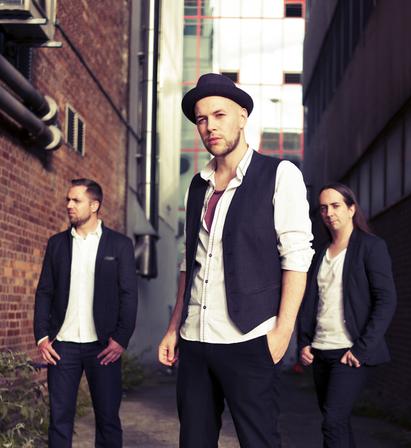 How did you meet?

Well, The Rising was born out an already existing band, so the band developed at the same time for everyone. However, the initial seeds were sown when I was awarded UK Young Musician/Composer Of The Year. As part of the prize I was awarded free studio time. I had enlisted my cousin ‘Shane Watters’ on drums for these sessions. After searching the local music scene and auditions etc we found lead singer ‘Tristan Harris’. It turned out that Tristan was working in a part-time job with bassist ‘Andy Morgan’ who was looking for a band at the time. It also turned out that Andy and I had attended the same University at the time so the whole process was fairly natural and fell into place immediately. Pianist/Keyboard player Peter Flanagan was found through his musical theatre background when I was introduced to him.

Has country music always been your focus?

The previous incarnation of the band had released several EPs and had the likes of rock bible KERRANG! writing about us. However, from the very start something wasn’t right. We quickly found out that we were making our music to fit the mould of the scene that was exploding at the time in Ireland and not the music we were writing. We would demo a song and then work out how to make it fit into the scene. So it always felt like we were lying. We were listening and drawing influence from Country, Country/Rock, Alt-Country and its style of songwriting. So we made the decision to hault everything and completely re-brand. Making the music we always wanted to make. Replace the overt rock mannerisms with a sleeker more pop orientated, Country/roots approach. The Rising was born. Around this time we also slimmed down to a three piece with drummer Shane Watters becoming a session drummer for the band. However, we also added Pianist Peter Flanagan to the band at this time. When we started demoing songs this time we were able to focus more on the lyrics, add in more traditional instrumentation such as banjos, mandolins and violins etc.

Who are your influences?

Is there a good scene for country music in Northern Ireland?

We are from Belfast and it just so happens that Belfast is officially a ‘Sister City’ with Nashville. Ireland in general however, is very much linked to Country Music with the export of folk music to America. One of the things that we have in Northern Ireland is a 3hr Country show on major commercial radio (Downtown Radio) every night of the week presented by Big T. You only have to look at the God-like status Garth Brooks achieved in Ireland. Today, we have modern Irish artists out there making their own brand of Country music and having great success.

You recently played the Country 2 Country festival at the O2, how was that?

C2C was amazing, quite simply a crazy weekend that went by in a flash.  When we were flying over we had expected the place to get busy about an hour or so before the main event doors opened. But, we were surprised at just how busy it was from very early in the morning and also the broad range of age groups attending. For us, it was a great opportunity not only to play the event but also to meet the various radio, press and fans we had been interacting with face-to-face, as well as build new fans.

Did you feel like you got a good reception?

Yes, it was great.  One of the things we noticed was people singing along to our songs so that was very special for us. We also gained a lot of new fans after our set, some who came because they had heard the name before. But, also some who just stopped by cold. So it was great for us to reach out to people who may not have heard about us previously.

Just how important do you think that festival is in raising the profile of country music in Europe?

C2C has been critical in building the profile of Country/American music to the mass populous. There was a stigma attached to listening to Country Music, which tended to result in laughs, stares, Yee-haws and people referencing the famous Blues Brothers line. So thanks to C2C the average person is getting introduced to the genre.  People are noticing that the gap between Country and Pop, Rock etc is now non-existent thanks to the younger artists who are fusing genres. Obviously, acts like Keith Urban, Taylor Swift, Brad Paisley, The Band Perry, Eric Church and other acts have toured UK/Ireland heavily, but even at these shows I found that most people at the shows were super fans of the artist/genre with the same people attending all the gigs. So C2C has narrowed that gap between super fan and casual listener.

Over the weekend did you manage to see any other acts that caught your eye?

The funny story about this is that I had tickets booked for the C2C gig in Dublin. But, when it was announced that we were playing the London event I had to give up the tickets. So sadly, I didn’t get to see any of the main arena acts this time. But, while we were over we immersed ourselves into the Festival and saw as many acts as we could despite the hectic schedule of the weekend. We had a few that we just “had” to see including Striking Matches and we also witnessed great sets by Sasha McVeigh, Sonia Leigh (who we are touring with in April), Dexeter, Katie Armiger and of course we had to check in and show some Northern Ireland love to Gary Quinn.

Your debut album made it as one of the top Country albums on iTunes, how did that feel?

That was amazing and super surreal the first time we saw it. To open up iTunes and see a banner with your name on the top page was something we’ll never forget. It was a validation in what we were doing was the right thing. When the single was placed on the “new and featured” section it was amazing. Then came the banner, then on top of that came the album placed on the “new and featured” list. There was a time when they were all up there at the same time, so it kind of felt like we were almost talking over iTunes.

Was it as successful as you hoped or even more successful?

It’s building nicely. Outside of Ireland we’ve had great support from the UK, Europe and the USA and we are grateful for every person that has listened to and spent their hard earned money on our music. We just hope that the album will continue to go from strength to strength.

How have you found the most successful way to get your name out there is?

I would have to say radio has been a great way for us to make an impact. Being from Northern Ireland we are isolated from the mainland scene a little so we have to be very strategic in our approach. Radio is still the big one, BBC Radio 2 was a major milestone for us. Hearing the likes of Graham Norton playing our music for the first time will always be special. Another major thing for us was when our Music video hit the Number 1 spot on CM&T, brought allot of fans our way. But also blogs, websites, new media and Social media are very important. Of course, outlets like this very site are massive and its great that outlets like this exist. One of our biggest supporters have been the amazing folks at W21 Music, their support has been invaluable.

There is a growing movement of UK based country acts at the moment, possibly more than ever, how exciting is it to be part of that?

Its amazing to be part of that mix, its an exciting time, there’s allot of great artists out there doing their thing. It’s also great to see that people are also willing to listen to new music these days. With the likes of BBC Radio 2 and other commercial Radio stations supporting more roots based music its going to be interesting to see who can push the genre forward and bring new things to it.

The Shires scoring a first ever top 10 album for a UK based country act must be a huge shot in the arm for everyone else?

Of course… we toured with The Shires in Ireland last year and they are great people who were nothing but kind to us. So we are chuffed for them. Their success shows that there is an audience out there, the challenge is engaging that audience. We are signed to an Independent label so we don’t have the same marketing power behind us so we may not reach the same number of people as quick. For us, its all about building the band and its audience one person at a time. If we can get to a level that allows us to tour extensively and continue making music then we will be extremely happy.

Who does most of the writing in the band?

As a band we all contribute to the writing process. Typically, we are all writing songs individually, together or indeed with other outside writers and then it’s a case of picking the best or most fitting for the project. The songs on the current album were primarily written by myself (Chris) and then brought to the band to tweak and put through the band filter. Our main concern as a band is that the song is king and the song will demand what it needs.

We have a lot of plans over the next few months. Firstly, we are working on a full blown UK Tour, this will include supports and also our own shows. We are just ironing out all the details as we speak. We are also launching our second single from the album late April/May so that will begin the second phase of getting the album out there. Getting the word out about the album and the band is the most important thing over the next year. Another thing we are excited about is we about to record an Unplugged Studio Sessions EP in the style of the old MTV Unplugged sessions, this will allow people to see other versions of the songs and also maybe a new song or two. 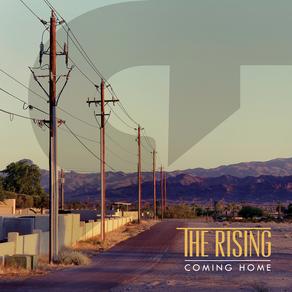