Listening to Cale Tyson’s album Careless Soul for the 1st time you would be forgiven for thinking you had mistakenly got into a time machine and been transported back 50 years!!  In these days of ‘blurred lines’ and ‘is Sam Hunt really Country music’??  There is no doubting at all that Cale IS Country music!  Hello Retro Country music!!  He is proper old school Country music & I am confident in saying that because that is how Rolling Stone magazine described him!  There is also a rumour that he sounds like Johnny Cash before he got signed, if that is true, this young man is really going places.  I say this young man, because he is young, a mere 25 years old, yet his sound is 1950s, he has stripped it right back!!  With ‘Bro Country’ and tails of trucks, beer & whiskey & Maddie & Tae bemoaning the fate of a Country girl in these times, Cale reaches back behind the decades and brings it back to today.

I will put my hand up here & now & admit I really REALLY struggled listening to his album.  It was too old school for me and too twangy!  I am a firm believer in if you haven’t got something nice to say don’t say anything at all and I searched for an alternative word for twangy, but I couldn’t find one, so sorry, twangy stays!!

HOWEVER Sunday night just gone found me, not rocking out with Brantley Gilbert at O2 Shepherds Bush as per the original plan, but sat in the historic venue of the Square Tower on Portsmouth seafront nervously awaiting Cale to come on stage.  I went from being at a venue where I would be standing & lucky to see properly, unless I started to queue at about 2.30 in the afternoon, to a venue where I was 10 minutes late arriving and sat in the 2nd row.  To see an artist that is tipped for very big things, seeing him in a tiny intimate venue like this was truly amazing, a real experience. Not only that, this is Cale’s 2nd visit to this venue.  Ken Brown who organises these events has already had Cale visit & apparently last time was a much more intimate gig.  The chap sat next but one to me said tonight was ok, but last time was just sooooo amazing, because there had only been a handful of people there.  As it was, Cale was just blown away by the fact that he had sold the venue out.

On the CD Cale’s voice has a lovely raspy sound, as if he has had half a bottle of Jack Daniels and a packet of Marlboro cigarettes before he started recording!  In the flesh it doesn’t sound so raspy, but neither does the completer act sound so retro.  The steel pedal guitar plays a very heavy part in Cale’s whole set.  This is where the twang comes from.  I am not sure about the sound, it set my teeth on edge in places, but it bought me out in goosebumps in others!!

1st track on the album is Staying Kind, an upbeat love song about a woman hanging on in there loving her man even though he may well not deserve it!.  It is a slow track to start with.  I would prefer a CD to start on a faster beat.

Next up is Somebody Save Me. This is a soulful number again about love, but this time he has lost his woman, he wants her back, but he cannot help himself from being unfaithful.  Even when he goes to try & get her back he ends up sleeping with his ex!!  The pedal steel guitar is very audible in this track.

The 3rd track is the title track of the album Careless Soul.  This track starts reminding you of an early rock & roll track by someone like the Everly Brothers, you can imagine a juke box playing it with the High School kids bobbing around it drinking their milkshakes or have I seen Grease too many times? It is indeed a soulful number and this time he is the one suffering rather being the cause of the suffering!

Easy is the 1st track to take things up tempo, it is a real toe tapper.  It is about hitting the town & finding a girl (with big old thighs) & showing her a good time.

Travelling Man slows things back down.  Writing songs on the road, being flat broke but believing it is going to work out 1 day, you are dying to keep trying, to save your pride.

Pain in My Heart stays with the slow beat.  The Steel pedal guitar again has a prominent position.  A love lost song and trying to deal with the pain of living life without her.  Going to wake up one morning & be happy alone.

Railroad Blues speeds things right back up & I challenge you to not want to yell YEEEEHAH at the intro, it is that kinda intro!  Again he has lost his woman.  She is on a west bound train & he knows she is no good for him but he still wants her.  The whole song has a clickity clack beat that make you feel as if you are on a train with her, do American trains make that noise?  UK trains don’t any more!

We slow down again with Dark Dark.  You want to put your lighters in the air for this song – sorry phones!!  Again quite mournful, but a strong sound and a good beat!  This time he is trying to help someone else through lost love.

High Lonesome Hill the sound of this track really does make you feel as if you are on your own at the top of a windy hill.  How much heartache has this young man been through?

Gonna Love a Woman starts like an old Chicago ragtime song during prohibition and has a horn content, which is what probably gives this song that feel.  I love the line in this song ‘If you are gonna make a dollar, she’s gonna spend 2’.

Pain Reprise is a short instrumental interlude.  Needed to fill space?  Not sure!  Usually the sort of track that was at the end of an LP when they had space they needed to fill.  (Man I am showing my age in this review, lighters in the air & LPs!!)

We finish with Ain’t it Strange.  This finishes the CD on a slow note, there is a prominent string element on this track and is another strong vocal point for Cale. 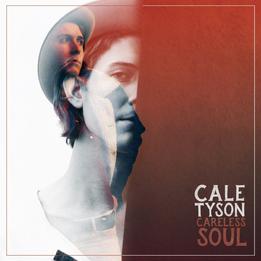 Cale is tipped for bigger & higher heights & in my personal opinion I can see that.  Going back to Sam Hunt, there are many Country music fans who lament the way Country music is losing ground to the pop culture (Taylor Swift has a lot to answer for here & what will become of Band Perry?!?!)  I digress!!  Cale, for all his young years, is stripping it back, he has the confidence to go back 60 odd years and be proud to sound like Johnny Cash before he was signed.  He stood on stage introduced Somebody Save Me and said ‘this is a proper Country song, it is about cheating’ & he didn’t mean at cards!!  He also made a point to say at a concert recently that he is Country AND Western and Western swing.

Talking of confidence, when was the last time you went to a concert & the guy yodelled??  I have been to many MANY country music concerts (Garth Brooks, Toby Keith, Tim McGraw to name drop a few), not EVER heard a yodel!!  Watched Billy Connelly go round America on the train on TV recently, he featured an old guy yodelling I thought what on earth??  Cale yodelled & I yelled YEEHAH!!

Careless Soul is out now and available from all the normal sources.  If you are going to one of his concerts, buy it there & he will happily sign it!!