The Driver is the first solo project by Lady Antebellum frontman Charles Kelley. Billboard tipped this album to be one of the most talked about releases of 2016, which isn’t surprising considering the title track featuring Dierks Bentley and Eric Paslay was recently nominated for a Grammy in the Best Country Duo/ Group Performance category (missing out to Little Big Town’s Girl Crush). Kelley has also called on some more famous friends for the album with including Stevie Nicks, Miranda Lambert and Chris Stapleton.

In a recent interview with iHeart Radio Kelley describes the album as “honest” and that it “one hundred percent comes from the heart.”

Your Love – The first track grabs you attention straight from the get go with a high tempo guitar country love song. Just what is needed to keep you listening.

The Driver – Originally released in September, is an emotional ballad, giving the point of view of the performer standing on stage going from town to town putting their heart into it each night of a tour. This will be a lighters in the air swaying along song and it will touch anyone with aspirations in the music industry.

Dancing Around It – Kelley has highlighted this as one of his favourite tracks on the album and I have to agree. It has a very R’N’B/ pop country sound to it and a catchy backing track

Southern Accents – This track was originally performed by Tom Petty on his 1985 album with the same name. Kelley’s version features Stevie Nicks. The song title gives away much of what the song is about, being a proud southerner and their southern accent! Nicks is an excellent addition to this track.

Lonely Girl – Its back to the R’N’B/ pop country vibe for this track written by Chris Stapleton. This will have your head nodding along and tapping the steering wheel as you drive. This has potential to be a future single, may not be to everyone’s taste but will fit quite well amongst several current country tracks.

The Only One Who Gets Me – Kelley has admitted this track was written for his wife and it shows in the passion of the lyrics. This will be a good song to see performed live because of that fact and will surely attract the couples in the audience.

Round In Circles – A very pop country sound in this track, which was co-written with his brother Josh. This is a track that is bound to split opinion but another possible single

I Wish You Were Here – This track features 2016 Country to Country headliner Miranda Lambert. Originally performed by Jedd Hughes this is a love song, which again is given away in the title! You have one person working on the road staying in his van or motel rooms while the other is at home missing each other. The two voices work really well together and makes it easily the best track on the album.

Leaving Nashville – The final track of the album is about the struggles of trying to get your big break in Music City. It is a song about why we never give up on our dreams “One day you’re the King and the next you’re not.” This song will make you think twice the next time an upcoming artist follows you on Twitter and sends you a link to listen to their latest song on sound cloud. 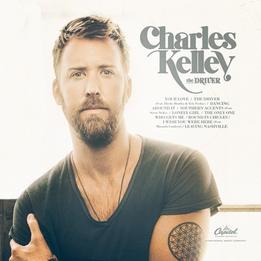 1. Your Love
2. The Driver
3. Dancing Around It
4. Southern Accents Feat. Stevie Nicks
5. Lonely Girl
6. The Only One Who Gets Me
7. Round In Circles
8. I Wish You Were Here Feat. Miranda Lambert
9. Leaving Nashville

When I first heard about this album release I was worried it would just be a solo version of a Lady A album but Kelley has clearly worked hard to get away from that. There are several tracks that you wouldn’t be surprised if they were on one of the group’s albums. Kelley’s biggest struggle will be to attract non Lady A fans but I do suggest everyone give this album a listen at least once.

Lonely Girl, I Wish You Were Here, Leaving Nashville