When you gain four number one singles from your platinum debut album it must be a daunting task returning to the studio to record your second with the fear of a slump – like we have seen before. That is the position Cole Swindell has found himself in. Just over two years after the release of his self-titled album Swindell has released You Should Be Here. We have been teased with new music from the Georgia native with two Down Home Session Eps but now the time has come for a full album.

The country party starts on track one of this album with a collaboration with Dierks Bentley for FLATLINER. It’s an upbeat opener which draws you in instantly. Very similar type of song to several tracks from his debut album, which I’m sure will keep many fans happy

You will be brought back down to earth with MIDDLE OF A MEMORY as just as your about to make your move the girl leaves. It’s a very good storyline song and the first track of Cole’s romantic side, which we see quite a bit of in this album, and has been released as the albums second singe.

Once you finish reminiscing of that time in a bar when you should have asked someone for their number BROKE DOWN gives you the opposite end of the relationship with a unique comparison, your relationship ending is like your car being broken down on the side of the road! Broke Down is one of the stand out track from the album Growing up in the 90s I grew to have a lot of American teenage stereotypes in my mind and HOME GAME kind of puts them all in one song. It’s the home town, American Football, High School bleachers track.

As with ever album there are the songs that just support it really well, they won’t ever be singles, won’t be played on the tour for future albums but UP (co-written by Old Dominion’s Brad Tursi),

PARTY WASN’T OVER (what would you give though to be in a room with Swindell, Tyler Hubbard, Canaan Smith and Bryan Kelley when this was written) and STAY DOWNTOWN fit exactly into this bracket of the album

You will be drawn back into the album with the title track YOU SHOULD BE HERE, which gave Cole his fifth number one and has lyrics that every listener will be touched by and able to appreciate the passion as we all have that somebody you want to be there with you through the good and the bad times.

Love songs STARS and MAKING MY WAY TO YOU continue to show Cole Swindell isn’t pure Bro Country and can sing to the wider country music audience however if Bro Country isn’t your thing the party feeling couldn’t hide away in just the opening track as its time to make sure the crate of beers is empty before the party can end in NO CAN LEFT BEHIND. It won’t be to everyone’s taste and I’d be surprised if it was released as a single but it could be a go to song to perform live for some time to come as it is bound to get the fans swaying.

They say save the best till last and for me that is exactly what Cole has done with REMEMBER BOYS, co-written again by Tursi. This song has very little production to it and shows his everyday emotions who doesn’t want to be forgotten and is his open letter to others men how to treat their lady. 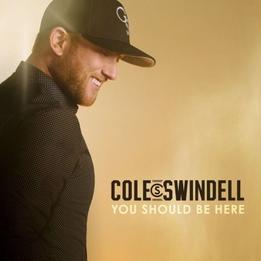 Overall
When any artist has such huge commercial success from a debut album it’s always going to be hard to release the follow up as there will be such huge expectations. It is clear Swindell has thought long and hard with the track selections and it has a little bit of everything to keep all his fans happy and attract new ones too.

There is some strong songs and good potential singles too. I wouldn’t be surprised if there wasn’t another one or two number ones coming very soon. As more country artists make their way to the UK without the Country to Country alumni tag hopefully it won’t be too long until Cole follows so a live review can be penned.