I am a contrary b*stard, when people say to me, oh you must meet X, for illustrative purposes let’s call x, Joe, but when people say to me, you must meet Joe, you will love him, he is just like you. I always end up hating Joe and if he is just like me, am I a complete d*ck? Screw you Joe. Similarly when a singer or band is suggested to me as it will be right up my street inevitably it isn’t and I think, well I didn’t like Joe so why in the hell am I going to like Ed Sheeran!!!

These are the words that were uttered when it was suggested to me that I review the debut album by Doug Seegers. Going Down To The River. Let’s get this out of the way here and now, it’s great, go buy it, it’s a real joy. There, just in case you were only going to give this review a cursory glance.

For those that are sticking around for the longer version let’s talk Going Down To The River. This record, regardless of how it came to be, regardless of how Doug Seegers was discovered or his background this is an album of such beauty and quality it’s quite astonishing that it wasn’t cooked up by Jeff Fordham. From the opening bars of Angie’s Song I was hooked, lilting and shuffling akin to Neil Young’s Harvest Moon maybe I should listen to people more when they say I will enjoy something. “Running out of patience with the bullshit in this town”, you may think it’s a Crème Brulee and a bitter “it’s a sh*t business”, it isn’t, it’s a love song, it’s a gorgeous love song that was the hook.

The line and sinker was the title track. I am a sucker for the blues end of country, my wife likes Jace Everett, mainly for his track Bad Things and the feel of the title track reminds me of that, in tone at least. Everett doesn’t really do that much for me and for me, what Seegers gives me on Going Down To The River far outstrips a vampire theme tune.

On first listen I was struck by how Doug Seegers voice reminded me of someone else, I just could not put my finger on it. With his cover of Gram Parsons She, I thought I had it, Emmylou Harris duetting helped, it was as if a huge arrow was pointing at a pile of ashes at Joshua Tree, its Gram Parsons you idiot. It’s not though. That’s not to say at times there is more than a hint of Parsons to Doug Seegers.

The late Gene Clark, one time member of The Byrds is responsible for an album that’s in my top ten all-time favourites, White Light, it’s remarkably good, and its Gene Clark that Doug Seegers most reminds me of vocally. This is a good thing completely as like Clark, Seegers has a frailty to his voice, a vocal that says I have seen some sh*t. A voice that says what are you going to throw at me this time.

Musically Doug veers between the blues, traditional country on Hard Working Man and Americana. He is a product of his home town of Austin and his adopted home of Nashville. He is modern yet traditional. He is a musical tour guide and this is country as country can be, on Pour Me it’s a two-step in a honky tonk, its Stetsons and Johnny Paycheck.

When I think I have him pegged, Doug Seegers channels his inner Hank 1 and Wayne Hancock and gives us There’ll Be No Teardrops Tonight. Buddy Millers vocals helping fill out the tune. How does one end up being friends with Emmylou Harris and Buddy Miller has me scratching my head, either way their presence on this album, although not needed, is more than welcome.

On Gotta Catch That Train, Doug keeps that tone going, every album needs a train song and this could be taken from any Johnny Cash album, it rattles along them rails at a terrific pace. Likening himself to that hobo, the only goal is you gotta catch that train. I wouldn’t bank on it in the UK, Doug. Engineering works could put the kibosh on that plan. Romanticism aside Seegers takes his influences from a lifetime of country music and a clear love of the genre. I like Doug.

Burning A Hole In My Pocket takes the pace down a notch, still maintaining that voice, and the quality of the song writing but allowing us a breather as the album draws nearer to a close. We move from the honky tonks to the songwriter nights at the cafes. This journey round Nashville and its many musical influences whilst maintaining a country root, isn’t rooted in one particular aspect of the genre and it’s a beautiful album for it.

Ending with Baby Lost Her Way Home Again, and I want more. That’s a good measure, it’s over alarmingly quick. As I sit here and it feels as if it has skipped a few tracks. Surely that can’t be it? Can it? Sweden it seems discovered Doug Seegers. Thank you Sweden, come Eurovision I will raise a glass to you, I will no longer curse Ikea and shake my fist when Ace of Bass come on the radio. Sweden, you did good. 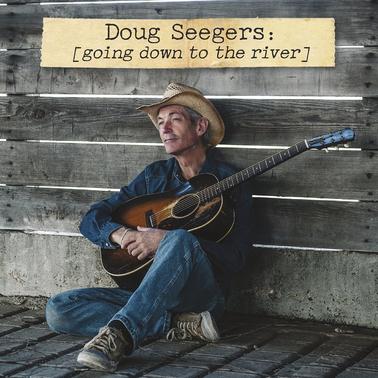 Angie’s Song, Pour Me, Going Down To The River

Go buy this album, it’s worth it.