We first reviewed Fitzwallace when we heard their debut EP Treading Water. Since then the band has played a pop up stage at Country 2 Country and been booked for Fort San Antone Fest and Midwinterfest. There seems to be a gradual increase in attention for the band and heads are being turned in the UK country scene.

The second EP from the Leeds based band is entitled Sweetheart and features four songs.

It kicks off with the in-your-face Ballad of a Star, a song that takes a sarcastic look at the lengths that people go to achieve and maintain success. It utilizes the great vocals of lead singers Joe Martin and Flo Taylor to wonderful affect and features a superb solo from Will Sensicle on guitar. It’s a song that doesn’t let up throughout. The great thing about it is the rawness of the recording really makes it feel like it’s coming out of the speakers at you – there really isn’t a moment to stop and breathe with this one.

The second track on the EP is Sweetheart of Mine, which starts with a mandolin intro reminiscent of something that The Band Perry would produce. The two lead singers sing in harmony as the song builds the tension up and up. There isn’t really a point where the song crescendos as it were but the jangling mandolin and driving rhythm keep toes tapping.

Golden State of Mind opens up with an almost Blues Brothers-esque guitar intro before leading into a light and breezy number. Making light and breezy songs which get toes tapping is something that Fitzwallace do particularly well and this song just plays to that strength perfectly. The vocals are shared between Taylor and Martin who each get chance to show off exactly what they can do. The rhythm section of Harry Vernon and Henry Broomfield on bass and drums respectively keeps this one driving along whilst the guitar bounces over the top. It’s another Fitzwallace song that’d be perfect in the car with the windows down on a sunny day.

The album is rounded off with the laid back Somebody New.  This song has a great pop influence to it and a lovely sing-a-long chorus. The slide guitar in the background gives the tune an overall 70’s surf pop feel. Joe Martins relaxed singing only serves to add to this. 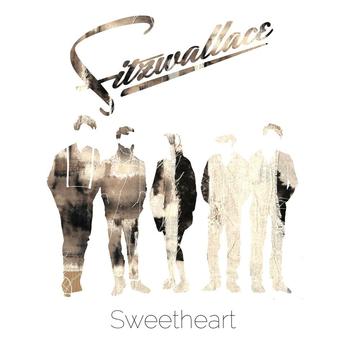 This is another very promising EP from Fitzwallace. When placed side by side with their debut it’s clear to see that the multitudes of influences for this band are all being put to use incredibly effectively. As I listened to Golden State of Mind I found myself thinking that Fitzwallace are at their strongest when playing laid back folk/country yet then if I put on the atmospheric Treading Water from the previous EP I immediately change my mind! However this is what makes the band so special – they have such an enormous versatility.  We’ve reviewed a lot of the up and coming British country acts and none have been able to boast this sort of ability. Whether it be The Shires ‘paint-by-numbers 3 chord country’ or any of the other acts. This isn’t a negative slant on what others are doing but a positive on what Fitzwallace have to offer. I’ve said it before and I’ll say it again – watch this space!

Ballad of a Star, Golden State of Mind

Fitzwallace will be hosting an EP release show on 21st May at 360 Club, Leeds! 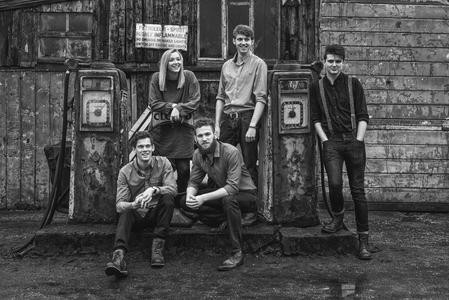