I first came across John and Jacob last July when they supported Kacey Musgraves on her tour here in the UK. When I heard they were going to be the support, I had a listen to their EP, which was on Spotify at the time. I got quite excited after that because I loved their catchy songs and realised that I’d heard at least one of them on the TV series ‘Nashville’ some time before.

When I saw them live shortly afterwards, I was really surprised by the quality of their sound and it was just

the two of them performing with no band to back them up. They were a cut above a lot of the support

bands I’ve seen and what’s more, they seemed like really nice guys. So I was very disappointed to find that

I couldn’t buy their album afterwards and it has been a long old wait to get it!

Anyway, now I have it and I’m eager to tell you all what I think. The album kicks off with the very upbeat

song Ride With Me which is a great choice and a song I loved when I first heard it on their EP. The distinctive

that I guarantee you will be singing along to in no time.

The next song up, Breaking The Law, is clearly a nod to The Beatles and also to the likes of The Jam and

other bands who wanted to show the love for their musical idols to their generation. I quite like this one

but to be honest, it’s a bit too similar for me. I wanted it to be more distinctive and in their own voice.

This is followed by my absolute favourite, Be My Girl, which I could listen to on a constant loop. The words appeal to the romantic in me and when they add in the trumpet solo and later on the whistling, I’m sold. It’s another catchy song that bears repeated listening to very well – a sure fire sign of a hit.

The next song is a slower one, Summer and for me it embodies the reflective feeling of the whole album, with songs about love and heartache and how that made them feel. Brand New, Weekend and Goodbye which although a bit more upbeat again, have a similar story line and for me, it’s refreshing to hear this sort of song from a male perspective.

Then comes Think About You, another fabulous song. It is the way that they manage to write such upbeat songs about heartbreak with beautiful harmonies as well that will stand them in good stead for a longer-term career, I think. The next song on the album I’d Go Back is so wistful and yet the tune really grabs you so making for another winning song.

The last song on the album Give It Away is more of a rock and roll number with their excellent musicianship once more on display. 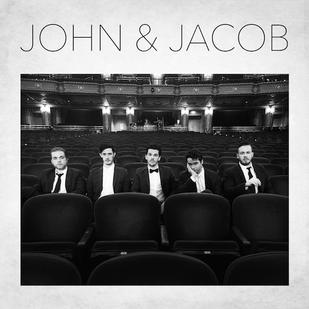 Overall
This is a brilliant debut album and if you get the chance to hear John and Jacob play live, you should jump at it!

Ride With Me, Be My Girl, Thinking About You, I’d Go Back