Kacey Musgraves via Twitter first brought Texan songwriter Maren Morris to my attention. She’d recommended her along with Andrew Combs and, judging the quality of that recommendation, I thought it worth giving her a try. Last week Maren was confirmed to play the Yamaha Music Stage (formerly known as the Satellite Stage) at Country 2 Country 2016 in London and she popped back up on my radar. I had a look on iTunes and found that she’d just released her self-titled, debut EP.

Kicking off with My Church we are met by a distinctly church-like sound of acoustic guitar and claps. Maren sings with swagger about cursing and missing church but find her redemption in country music. “When Hank brings the sermon and Cash leads the choir” shows just where this girl is coming from. The chorus is catchy and has more than a hint of that Musgraves/Lambert-esque swagger that some of the female country artists are bringing to the table. It’s a brilliant song with more than just country roots. It has strong vocals from Maren and a lot of soul. It’s one Hell of an introduction.
The next track on the five song EP is 80’s Mercedes. This one brings a little more of a pop flavour to the table. The lyrics are very much small town stories and have some real heart and relatability (according to spell check that isn’t a word. It is now) to them.  It has electronic hints to it and, much like My Church, takes some inspiration from many genres. Again Maren’s strong vocals soar throughout this one. It’s more ‘pop’ flavour could lead to this one being a real hit.

Drunk Girl’s Don’t Cry has a real attitude to it. It’s clear to see from this one that she shares a lot in common with Kacey Musgraves in this sense. Lines like “it’s bullshit, you know it” and “he’s swears down the line that it’s gonna be different this time, that’s like saying drunk girls don’t cry” show a real biting wit to them. The song itself is still upbeat despite it’s subject matter. It’s full of soul with a funky guitar.

Next up is the slightly slower If I Was. The first thing that strikes me with this song is the quality of the vocals. It’s absolutely full of bluesy soul. It’s a fantastic heartbreak song written from a different perspective. “I wish I could feel about you the way you feel about me, but you can’t make a heart say something that it don’t believe, so go on hate me if you have to, I hate myself too” is a perspective that we don’t see enough of in music. This type of song is a much fresher perspective on the usual heartbreak song. The lyrics, vocals and music are all spot on in this one.

The EP is rounded off with Company You Keep. This is another one that edges towards a more ‘pop’ sound. With Maren’s soulful vocals there is a sound much like that of Joss Stone. The song is probably my least favourite on the album but just goes to highlight the variety of sounds that she can produce on such a short EP. 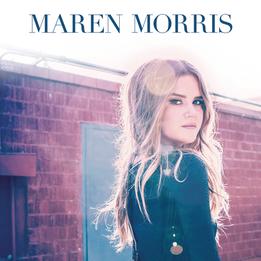 Having read the recommendation from Kacey Musgraves and seen Maren lined up for C2C I was hoping for something of note and this EP really brought it! The quality of songwriting and the lyrics on this record are truly superb. Good lyrics with depth are something that is sadly overlooked in mainstream country music at the moment in favour of a trucker cap and muscles but to see someone like Maren Morris rising up to support the work done by the likes of Kacey Musgraves, Brandy Clark and Miranda Lambert is a welcome sign of things to come. Morris showcases a fantastic voice and more than enough variety in her sound to keep the listener wanting more. Now I’m just excited for a full record and a performance at C2C.

My Church, If I Was