Having seen an advert that Margo has released her debut album on YouTube, I thought I would have a listen. I fell in love with it almost instantly.

The album opens with Hands of Time it is a moderately paced number, that has a biographical feel to it. The songs talks about “growing up at home” and how her father lost a farm. The message of the song is that Margo hopes to reclaim the farm, and how the hands of time are cruel. Listening to it I felt I was discovering who Margo is as a person. It is a very good opening track.

steel guitars and Dobros a plenty, giving the song that classic country sound. Listening to the track

it sounds like it is straight out of the Loretta Lynn or Dolly Parton songbook, but it is not. The song

is a sock it to the ex number as he is about to find out what it is like to be alone again.

Tennessee Song has a slightly rockier edge to it than the other tracks on the album. The song simply

discusses the state of Tennessee. It is a good modern country number, that is progressive but

respects the original country sound too.

The song discusses missing a partner after being dumped. The melody of the song is that classic

Returning to the honky-tonk sound This Town Gets Around is a real toe tapper. In this song particularly you can clearly hear that Margo’s voice is a real through back to the vocal talents of the founding ladies of country music.

Four Years of Chances, for me, is a standout track on the album. The plot of the song is a wife being sick of giving her husband chance after chance. This song is of particular merit because of a clever opening lyric- “I gave you four years of chances but you threw them all away, I gave you 1,461 days” I thought that lyric was very clever considering 1,461 days is almost four years. It is an edgy number that is again progressive but remains true to its country routes.

How the Mighty Have Fallen is a song similar to About to Find Out both in sentiment and melody. That does not in any way detract from the quality of the song. It has a pounding drumbeat throughout that grabs you right at the start, and does not let you go until the end.

Weekender is my favourite track on the album. It is a real classic honky-tonk number about being put in the county jail for the weekend. Margo really shows of her vocal power in this track. Once again I cannot but help thinking of the founding ladies of country when I hear this song. I love this song!

Hurtin’ (On the Bottle) is, as the title suggests, about drinking. In particular it is about drinking due to a relationship breakdown. Once again it is a honky-tonk number that is another toe tapper. Another great new old sounding country song.

At one minute thirty three seconds World’s Greatest Loser is probably the shortest country song I’ve ever heard. That said, it is a very good short song. It discusses losing sleep, weight and time and the fact that Margo does not want to lose the love of another on top of it.

Desperate and Depressed, the final track (a bonus track) is a final reminder of how great Margo’s voice is. For a track with such a depressing title it has quite an upbeat melody. The track is another track that sounds old in style but is brand new. 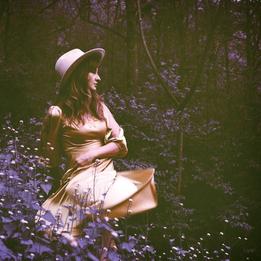 1. Hands of Time
2. About to Find Out
3. Tennessee Song
4. Since You Put Me Down
5. This Town Gets Around
6. Four Years of Chances
7. How The Mighty Have Fallen
8. Weekender
9. Hurtin’ On The Bottle
10. World’s Greatest Loser
11. Desperate and Depressed
Overall

I cannot praise this album highly enough , I love it. Whilst I applaud artists such as Sam Hunt progressing country music, it is so refreshing to hear a new artist that is a throwback to the country music days of old. With almost every song on the album, I couldn’t help but think of Dolly Parton or Loretta Lynn. Margo’s songs are very well constructed, with very country lyrics and subject matters. For me Margo has the perfect voice for the genre and I can’t wait to hear her future albums.

Weekender and Four Years of Chances.