I have varying views on UK Country music. Some of it is it has to be said dire. I am not talking about the delivery, more the content. Every Tex, Dale and Hank thinks they can pick up a guitar and put out a country album, regardless of the songs sounding very very poor and calling a dreadful pop album, country. It isn’t country, it’s just a dreadful pop album. If not a dreadful pop album, an unbelievable album usually put out by an old man called Roger but insists you call him Tex.

Then you have a smaller set of UK Country artists that you believe in, but also have the quality of material to back that up. That also sing about what they know, what’s real and what’s relevant. The debut album by Yorkshire act, Nobody’s Brother, thankfully falls into this latter category.

Nobody’s Brother are an outlet for the songs of Paul Sutcliffe, and on this self-titled album he not only sings, but also plays all the instruments. Paul is joined on vocals by Laura Kitson. The live setup is a little different but you feel that Nobody’s Brother just wanted to get these songs out there.

So what of them? What of these songs? Away from hyperbole, they are good, well written modern country songs. Paul conveys a love of what is currently being released out in Nashville at the moment but he adds his own slant to proceedings. It’s not Yorkshire, and it isn’t Nashville, its somewhere in between.

On If I Had A Truck, if this was put in the hands of an artist like Tyler Farr or Kip Moore, it would be a huge hit, it’s a soundtrack to an evening spent in the kitchen cooking and drinking. Literally. It was. The best country albums are played in the kitchen whilst dinner is cooked and wine imbibed. I imbibed a lot this weekend.

In the 90’s I loved an album by a UK country band called The Rockingbirds, they produced in my opinion the best British country music album of all time. Their singer, Alan Tyler is also responsible for long running country music session, Come Down and Meet The Folks. Its Alan’s voice I hear in Paul Sutcliffe, I imagine its unintentional and it is a compliment to both artists. There is nothing more disconcerting than a man or woman from Scarborough or Lewisham effecting a southern American drawl, thankfully Paul and Laura avoid this and sing in their own voices.

On All The Tomorrows In The World, Nobody’s Brother deliver a perfect love song. Strong , well-written and one that I have returned to a number of times. It is the stand out track on this album. Reflective and really quite personal.

Similarly personal is Tell Me, a duet between Paul and Laura, as I type this Aston Villa are taking a pummelling on Match Of The Day and perhaps that is bringing the lump to my throat and not Tell Me. Lyrically its excellent, unlike the Villa defence.

This album does have its faults, few, but it does have them. What Nobody’s Brother needs is time in a studio, these songs don’t need anything done to them, they are formed and of a great quality. What is needed is the polish to bring them to radio. I could hear every single one of these tracks on Chris Country, in the hands of Nobody’s Brother or indeed any US artist. Takes A Good Woman, brings a Lee Brice influence to British country, and it’s this modernity that comes through on this album. It’s not 90’s country and it’s not the country of Hank Williams. It’s the country of Eric Church, the country of Kip Moore. 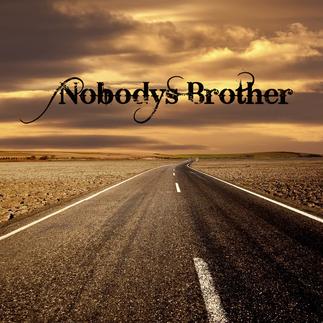 3. All The Tomorrows In The World

10. Before You Say Goodnight

11. Slow Me Down
Overall

Overall it’s a good album, it’s a great debut and it’s a good indicator of what Nobody’s Brother are capable of. Songs of quality and all original. This is what we should be supporting in the UK. I see success coming for this new band and I hope this isn’t the last we hear from them.

All The Tomorrows In The World, Miss, Tell Me