Prior to his UK tour with Aaron Watson in January 2016 I have to admit I had no idea who Sam Outlaw was. With a name like that I was almost lulled into thinking he was some sort of novelty act (he’s not. It’s genuinely his late mother’s maiden name). Ahead of our interview with Sam I figured I’d give his debut album Angeleno a try. After all it was voted in The Guardian’s Top 10 country albums of 2015 and received high praise from Rolling Stone Magazine. Just as a little background Outlaw is based in Los Angeles and plays what he likes to call ‘SoCal Country’ with this debut record being produced by the legendary Ry Cooder.

The album kicks off with the mariachi flavoured Who Do You Think You Are? Immediately you can feel all of the influences coming from Outlaw’s native California with it’s surf pop inspired laid back feel and those influences from south of the border.

Next up is Keep It Interesting, which is a great foot tapping country tune. Outlaw’s voice is really shining by now on the record and really adds to the laid back vibe of the record.  The tune has a great solo section with the acoustic guitar and fiddle trading licks which sounds great with a little slide guitar in there. The production really is top notch.

I’m Not Jealous really is the classic country song for the heartbroken and cheated on. If anyone ever does you wrong then the line “I’m not jealous of him, I’m embarrassed for you” is one to sing a long to with a glass of Beam. Lyrically Outlaw really shows off his chops throughout the whole song and creates a vibe that could have come straight from a Waylon Jennings song.

Track four is Love Her For A While and it takes on from I’m Not Jealous with a slightly more hopeful story of finding love. Again the production here is fantastic. There’s a solid acoustic base to the song with pedal steel jangling in and out of the background. Nothing ever sounds too busy, it’s just a solid performance from a great bunch of musicians.

The title track Angeleno brings back the relaxed mariachi influenced vibe. It’s a great laid back country song and, again, the Californian influences really come through here and help to set it
apart from a lot of modern country.

One of my favourites on the record is the heartfelt Country Love Song. It has a big strong chorus and, again, evokes the feeling of old country music singing about your heart aching to be with the one that you love. “I wish that I could send you a country love song, I wish that I could tell you I’m coming home” is a particularly heartfelt message from a performer who is still adjusting to life on the road away from his loved ones.

The first single from the album was the upbeat Ghost Town. This is a song that Outlaw wrote in
memory of his mother. It is a song that harks back to that old Californian country and gets those feet tapping again. It’s sing-a-long chorus will get stuck in your head. If there’s any justice in the music industry this song will get the airtime that it deserves. Sadly, I’m not sure there is that much justice…

Outlaw shows off his lighthearted side with the next song in Jesus Take The While (And Drive Me To A Bar).  It’s a fun sideways look at the usual country songs that are looking for ‘savior’. It’s always nice with an album from a more traditional country artist to have a bit of humour.

It Might Kill Me is an uplifting song about keeping your head up in hard times particularly during a break up. It’s a song that’s impossible to feel down listening to.

With Keep A Close Eye On Me Outlaw shows off his fantastic lyrical skills again with a heartfelt look at how nobody knows what is around the corner. “Cos I’m not going to be around here forever, No-one really knows when their time’s up, If everything you give can be made better, then I’m just asking for some help” are up there with some of the best on the record.

Old Fashioned isn’t just an ode to my favourite drink but a beautiful love song.

The album closes out with the almost Elvis sounding Hole Down in My Heart. It’s an upbeat and fun ending to the album. It’s almost on a par with I’m Not Jealous in it’s cutting lyrics to someone who’s done you wrong. 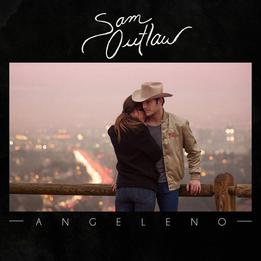 This album from Sam Outlaw may be, along with Andrew Combs, one of the great hidden gems out there in modern country music. It’s a record that follows it’s own path and doesn’t make any excuses for itself. When we spoke to Sam recently he talked of how he doesn’t want to be pigeon holed or labeled into a certain type of country music. From the more mainstream Ghost Town through to the beautiful Country Love Song this album has a lot to offer. The lyrical skill shown on numbers like I’m Not Jealous and Keep A Close Eye On Me is hopefully a sign of country music taking some steps back into it’s glory days of real heartfelt songs. To say this is the debut album from someone who 3 years a go was working in sales I’m blown away. Buy this record, listen to it, tell your friends, repeat. 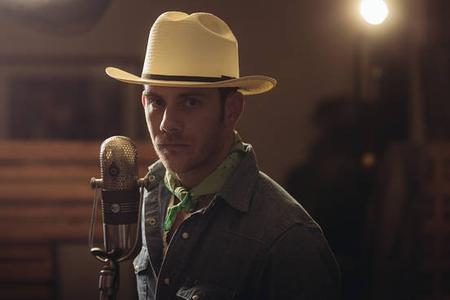 Check out our interview with Sam Outlaw here!