William Michael Morgan has released his debut EP recently and it has been getting some excellent reviews. The 22 year old singer/ songwriter from Vicksburg, Mississippi is signed to Warner Nashville and released I Met a Girl in July 2015, reaching number 34 on the country charts. It was co-written by Sam Hunt and showed his traditional country voice to the masses.

With the traditional country artist tag, Morgan has kept to that with the lyrics of this love song. It is a solid opener for an album and allows Morgan to show off his voice and other than one guitar riff in the middle very little production is required. I would tip this as a future single that could climb the charts with ease

The tempo is raised for Beer Drinker and has some very catchy lyrics that will appeal to a range of country music fans. It’s another future single that could head towards the top of the charts. It is a good song but an interesting choice given the pace of other tracks on the record

I Met a Girl

The third song as mentioned early was the first single. It has had over 30,000 downloads. Its appeal to me is that it’s very different from many of the tracks being released at the minute. When you see the title you may think it’ll be the same as every other boy meets girl song of recent years but it really isn’t and is very easy listening.

This has a very old fashioned sound to it and is the only track on the EP that Morgan co-wrote. It’s a shame we don’t see more of his song writing as I think this could be a track that will be forgotten very quickly and is probably the weakest on the album

These are some brilliant lyrics. It consists of finding out your partner is cheating on you with lyrics like “she don’t smoke cigarettes and I don’t wear cheap cologne!” There is no smashing headlights like Carrie Underwood it is quite simply that she will just be coming home to an empty bed, but still tells just as good a story. I think this is my favourite as with I Met a Girl the concept is so similar to many country songs we hear but has been given a traditional twist.

The final track of this debut EP is being given advice by a parent before you go on your first road trip “don’t get below a quarter tank” and then let’s be honest it turns out slightly different “drive like a devil, when you see an open highway!” I know which I did when I did my first road trip with friends to Cardiff. It is the freedom of being on the road and quite simply not being a back seat driver anymore. 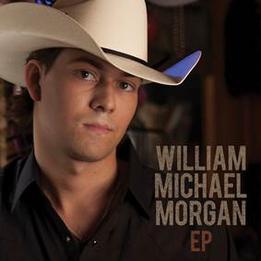 Overall
It’s a good debut EP from Morgan and a refreshing change from much of what has been released in recent years. Hopefully it won’t be too long till we hear news of a full album release and with his age could turn a few country fans towards the more traditional sounds