It’s been quite an amazing few months in the office for Florida Georgia Line. In the spring, they delighted many fans with the smash hit H.O.L.Y., a song that just would not leave the top of the charts. And rightly so!

With the new album out at the end of August, there has been a lot of pressure and anticipation. Is the rest of the album going to deliver as well as the first single? The fans were promised a lot of surprising guests and perhaps a slightly new and more grown up sound. Well, let’s see what the new project has to offer.

Smooth, the first track on the album, perhaps the most country sounding song, yet it is still quite surprising. It starts off fairly slowly and builds up as it goes, only to slow down again. To me, Smooth is a very relaxed song that would happily be my companion to a glass of beer at the end of the night. It does not sound like the usual Florida Georgia Line’s upbeat feel good songs, yet it still has a familiar tone. Smooth just lets you wonder what kind of a journey is this album going to take you on. Is it going to be heavy on personal lyrics? Is it going to be rock country?

Sharing the name with the album, Dig Your Roots is a wonderfully written song you might feel like you have heard before. The message of this tune is clear – you need to be proud of where you come from. This kind of a topic may have been sung about over and over, however, for Brian and Tyler, Dig Your Roots is very real and ‘this is who we are’ kind of a song. Without any doubt, this album is very much packed with personal experiences that will allow you to really meet Florida Georgia Line.

Life Is a Honeymoon features the first guest on the album, Ziggy Marley. Yes, you are still reading the Dig Your Roots review. Incredibly surprising mix, which I was not sure what to think about at first. The song feels a little bit out of place when you are listening to the whole album, however, on it’s own, it is a very summery and simple song. For die hard country fans, this song might be a bit of a shock to the system. Yet, for someone who is a big music enthusiast regardless of the genre, you will appreciate the uniqueness. Don’t skip it, give it a chance as it may just oddly work for you.

H.O.L.Y, the hugely successful first single is a is an excellent sum of what this album has to offer, and more importantly, it gives you an idea of where the influences come from. You can hear the very base of this song being heavily dictated by pop music, a definite step away from the traditional country. Perhaps, the reason why it was #14 on the Billboard Hot 100. This song has definitely invited people from outside of country music to have a listen – H.O.L.Y is very relatable no matter what kind of a music you listen to. However, Brian and Tyler’s vocals bring you right back to the genre you purchase this album to hear. Catchy lyrics, easy to sing along to; it is difficult not to put this on repeat.

Island is another slower song with a big chorus. I definitely appreciate Brian Kelley taking a lead and being heard more. Especially in this song, you can easily recognise his softer voice which is great for country storytelling. Island is another example of a pop song taken on by country artists. Something that keeps proving, throughout this album, that it can work nicely for these guys.

May We All takes you back to a good old bro-country, but with a new, upgraded feel to it. The second single features Tim McGraw and delivers a lot of familiarity to Florida Georgia Line fans. The song is a nice follow up to Smooth and Dig Your Roots as it follows the more conventional style for the guys. Definitely one of my favourites.

Good Girl, Bad Boy, for me, gets better the more I listen to it. Throughout the album, songs like Good Girl, Bad Boy were clearly written as reflection for the guys, making this album the most personal. I like that this song, for example, would not quite fit on any other album, showing how much FGL have progressed over time.

God, Your Mama, and Me is probably the track I was most looking forward to hear since I could not imagine Brian and Tyler teaming up with Backstreet Boys. I mean, Backstreet Boys singing country, really? On paper, it sounded like a total fiasco. I was afraid of some 90s power ballad. In reality, it worked. The music is definitely more of a Backstreet Boys sound but the lyrics have more of a country influence. The vocals of the boy band are not overpowering, making them just a nice addition to the sound.

The last few songs of this album got me to stop and just listen, take in the music. In this review, I wrote a lot about how personal this album seems to be, perhaps a small step away from the original FGL. Listening to two songs in particular, While He’s Still Around and Grow Old, man, was that step worth taking! It was said many times how the guys wanted to take their time and record something more meaningful to them. And that is exactly what they did. Pure emotions, that’s what greets you at the end. 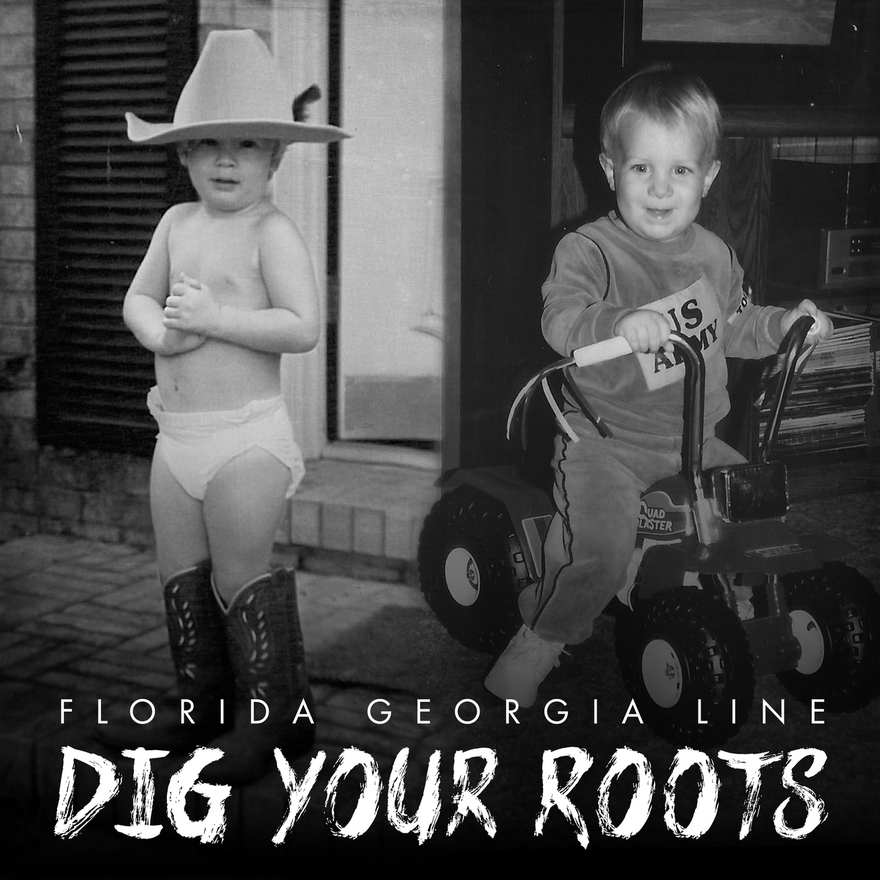 I am a new fan, and I write this with raised eyebrows because I did not expect it. I was never sure of this bro country. It usually isn’t very unique and can lack personality. That’s why I never really gave these guys a chance. They proved me wrong. There are many good singers but it takes an artist to be inspired by their own emotions. Even then, that can be a big gamble. Florida Georgia Line made it work. I was a little sceptical of the many different ways this album seemed to be going, with Tim McGraw, Ziggy Marley and Backstreet Boys being involved. For most parts, it was refreshing, and it can be very good for introducing country to outsiders. I hoping for more upbeat tracks, however, this album does offer some pretty smooth songs.

One thought on “Florida Georgia Line – Dig Your Roots Reviewed”