It’s not long since Luke Bryan wrapped up his series of Spring Break EP’s and dismantled the stage for his annual Spring Break concerts leaving us all breathing a slight sigh of relief. Don’t get me wrong I love Luke Bryan but a man approaching forty singing songs about keg parties and girls in bikinis was becoming slightly cringe worthy. After this I wrote an article entitled ‘where next for Luke Bryan?’ and he did us all proud with the slightly more grown up Kill The Lights. As has become tradition Luke is embarking on his annual Farm Tour later this year and decided to mark the occasion with an EP. Farm Tour… Here’s To The Farmer is a five song record from the former peanut farmer and we took a listen to it.

The record kicks off with I Do All The Dreamin’ There. It’s a typically upbeat and fun Luke Bryan song. This is what I love about Luke – he can lift any dark mood with his music. Obviously the farm subject is close to Luke’s heart and he’s bringing up a lot of personal memories in these songs. It’s a great summer song “I do my bottle sinking, peanut butter sandwich eating, watching the world go by” evokes some great Summer memories.

Next up is Luke’s tribute to the farmers – Here’s To The Farmer. It’s a slower song and, again, obviously uses a lot of Luke’s own memories to pay tribute. It builds to a big chorus and I’d imagine will be a live favourite throughout the Farm Tour. “Here’s to the farmer that plants the fields in the Spring, that turn from green to that harvest honey” It’s a song that’s all about the hard work that these people put in whilst still raising a family. As much as a lot of people may not be able to relate to the farming subject I think everyone can relate to working hard for those that you love.

Love Me In A Field is a little step away from the direct farming references and picks the mood up a little bit. It’s kind of typical Luke Bryan lyrically in that it’s all about heading out into the fields and having a good time – think Kick The Dust Up but a little more romantic. It’s definitely a fun party song and one that’ll go down well live.

The penultimate track is the slower You Look Like Rain. It’s a song that would have fitted in well on the Kill The Lights album. It definitely brings the more mature Luke Bryan sound onto this EP. Bryan’s soft southern vocals breeze over a big string-driven backing. It’s definitely one of my favourites from the record and I think some of this does come from it not being too niche in it’s subject matter. “I’m a desert dry, and in my thirsty eyes, you look like rain” is a really beautiful lyric. Great tune.

The final song on the record is Southern Gentleman. Again this is a kind of mid-tempo to slow number. It’s all about how Luke was raised to be polite and to treat people well. I know myself that there are men out there who’ve never cooked their woman a meal and this is a song for those of us who put in the effort. “Ain’t nobody gonna love you better than this Southern Gentleman” is the final ode to the South on the record. The song builds up to a big crescendo ending. 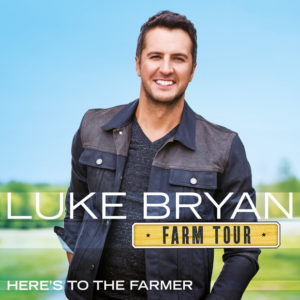 I didn’t really know what to expect from this latest EP from Luke Bryan. Kill The Lights was a huge success for me and going back to releasing EP’s, whilst it’s great to get music released more often, felt like going back to the Spring Break way of doing things. I’m really pleased that this record brings forward the Kill The Lights style. If I’m being honest a lot of the record, especially the first two tracks, is heavy on the farming references and doesn’t really resonate with me. That doesn’t mean the music isn’t good but I can’t get much from the lyrics. I know that farming and farmers are a passion of Luke’s since he did the job himself and that passion really does come through on the EP. It’s not a huge hit for me but I can feel that it comes from a great place.