Lucie Silvas may have had an exciting career to date but she’s a relative newcomer to the country scene. Although we’ve not seen much of Lucie in her native England in recent years she has been honing her 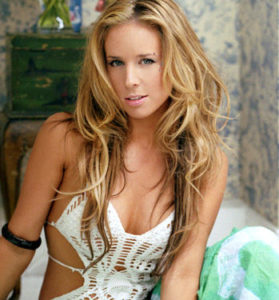 talent over in Nashville and, with husband John Osbourne (Brothers Osbourne) by her side, Lucie returned with the independently released Letters To Ghosts last year. 2016 has seen Lucie head back to the UK. We caught up with her on a break from the tour and before her big date at the Country 2 Country social in London…

Lucie, you’re back in the place of your birth in England, how does it feel to be home?

It’s crazy! It feels amazing, surreal, a number of different things! I never realised but I guess it just hits you how long you’ve been away! After a couple of weeks go by I feel like I’m back where I started again. I love catching up with people so it’s been really exciting to get to UK audiences again.

How has the tour been going? Has it been as you’d hoped?

It has. It’s surpassed my expectations. I don’t even know what I expected! I just thought “ok, I’ve got a new album let’s go back and do some dates and get to know people again”. It’s just amazing to see the support. Our first night was in Manchester and it was such an amazing energy in the room. It just felt like a fun night for everyone.

When was the last time you were over here?

Well, I’ve only been here once in maybe four and a half years. I did one show this January in London and that was just because I happened to be here and we decided to put a show in but I haven’t actually toured for years and years.

I understand that after your first two albums you took the decision to head over to the USA. Why did you do that?

So many things. It wasn’t something I’d initially planned. I went over to Nashville for the first time in 2007 just to check out a different place that music was coming from. Slowly over the years, to edit the story, I got very immersed in the scene over there be it country or Americana or pop. I just loved it and the people. I met my now husband there and there was no way I was going to leave. I really do feel like it’s home for me now even though I feel this is obviously my birthplace.

Obviously you’re quite an eclectic performer. Have you found yourself drawn to country music more so than any other genre?

I think probably more recently I have. It doesn’t mean I’m not a fan of anything else. I grew up on a lot of motown and I’ve definitely got an education in country music, be it traditional like Merle Haggard or Willie Nelson but also some of the pop country that’s coming out these days. There are such blurry lines now. I love that country is becoming more familiar to the rest of the world because it’s such a huge genre of music and such honest song writing. It’s just a time in your life wherever you happen to be that you suddenly gravitate towards something in particular and mine happens to be that. I think there’s a lot of diversity and that’s exciting. It’s nice for people to see that it’s not just one thing.

How pleased have you been with the reaction that you’ve received to Letters to Ghosts?

I’ve been blown away! Obviously I’ve been doing this an interesting route as I’ve done Letters to Ghosts independently and done everything on my own terms. In the beginning having no team around it means that you have to go out and have the organic approach where people start to hear about it through word of mouth. I think that’s been the most proud thing for me. I’ve got to do some incredible things just from the album reaching people organically and now this response with a commercial release through a label is so exciting. You put your heart and soul into something and obviously want as many people to hear it as possible and that means I get to tour which is the biggest thing.

How different was the process of writing and recording that album compared to the others?

I feel like you always go into it at the beginning with a little bit of fear. You wonder if it’s going to be a creative time or am I going to be completely stumped? It depends what’s going on in your life. I think with the past two albums there was definitely some kind of drama going on. With this one I think I had a much more relaxed way of looking at it. I think everything came about so much more naturally than before. I didn’t really think about whether what I was saying had to please anyone. It’s different because it comes from a more confident and comfortable time in my life. It makes it more enjoyable than ever before.

After The Same Side was released you left your label. Did you ever feel like that may be it for you?

I don’t like to candy coat things and I found it really hard in lots of ways. It’s sort of like a security blanket and you almost feel like you’ve lost that support. Actually once you get through that and see the challenge and ask yourself the question ‘how much do I love music? Does it matter if I’m on the radio?’ no it doesn’t if you keep doing what you’re passionate about it challenges you to be better and those things have to happen to give you proper human perspective. You can’t just go through life having things handed to you. What are you going to do when your cheerleaders aren’t there? I think that’s telling of a persons character and how much they want to persevere.

Of course we couldn’t go without mentioning that you now form one half of a country couple with John Osborne. I interviewed John earlier this year and he’s a top guy! Apart from his dog was out of control…

Aww thank you! He’s amazing I’ll tell him you said that! He’s so sweet and he’s such an incredible talent. I watch him sometimes and I’m blown away. He’s so humble and just wants to have fun in his life. He doesn’t take himself too seriously so when he’s up there, sometimes you see people on stage and it’s life and death to them, it really isn’t for him. He just loves it! He doesn’t walk around like ‘look what I can do!’ he just loves it and that comes out in his playing. That’s the most inspiring type of person to me. When him and TJ walk on stage I just get such a feeling on adrenaline. It’s so palpable what they do. I think they’re incredible. Whether I’m biased or not I don’t know but when I watch them I just get so excited about music and I know how sweet they are as people. They support their friends and I couldn’t ask for more support from John.

Oh God! She’s a nightmare. She looks like a fluffy cloud, she’s really unassuming, but actually she charges because she’s so protective of me and John. I miss her so much because I’ve not seen her in a few weeks! I think that’s the good thing about John. He wants to make new friends and meet new people. The only time you’ll ever see him not like what he’s doing is if he’s confronted by a person that he can’t hang out with or isn’t friendly. That’s just normal life – if you don’t get along with people you’re not enjoying it. That’s why he’s so great because he’s so genuine.

You are heading out on tour in the US with Brothers Osborne later this year. There can’t be a more convenient way for a married couple of musicians to work?

It’s so exciting! Obviously we get to spend some time together which is great but also I love their show and I’m honoured to be part of their show. Not only do I think they’re changing the face of a lot of things with country music I think it’s very important. I aspire to the way they do things and I think it’s going to be a blast! It’s like family on the road! I’m really really excited. It’s a great way to end the year.

The next step is to all come and tour the UK…

Honestly I know! We really have that in our heads. It’s something that I know they want to do and John is dying to get over here. He’s been with me a couple of times just to visit and I think that would be the ultimate for us to be here together. That’s definitely in our sights!

You’ll be performing at the second over Country 2 Country social this weekend. How exciting is it to be part of the new wave of enthusiasm about country music in your homeland?

It’s great. I’m so blown away by the whole C2C thing. It’s going to be a great night. I’ve never performed at that venue before and it’s just so exiting to come back and be in front of these audiences again… especially with an event like C2C which I think is bringing country music to the UK. I’m so for it and it’ll be a fun night!

It must be exciting for you to be from England but being part of the wave of country music coming from Nashville?

It’s so special to me! Bringing Nashville back with me is so exciting to me!

One thought on “Catchin’ Up With… Lucie Silvas”