Running this website is a funny old thing sometimes. At the start of last week I’d never heard of Sean 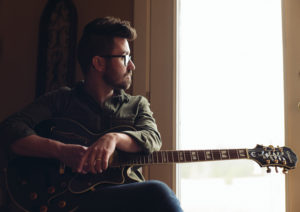 McConnell, by the middle of the week I’d received a copy of his album via email, by the end of the week I’d fallen in love with it and by the start of this week I’ve chatted him on the phone and interviewed him. Pretty amazing really. Sean has just released his self-titled first album on Rounder Records and is heading over to the UK at the end of November for his first shows as part of the Texas Takeover. We chatted about everything from song writing to hitting the UK…

Your self-titled debut album on Rounder Records has just been released. How excited are you to get it out there to the world?

So excited man! It’s definitely a precious record to me and I was glad to have Rounder help me get it out as far as we can. It’s been an exciting few months already!

This album may introduce you to a lot of people for the first time. Even though you’ve released records in the past does this feel almost like a debut?

In one sense, yeah, the possibilities for this one feel bigger because of the team that we have and also just the collection of songs. I feel like I’ve come into my own a little more with this record. There’s definitely a new excitement to this record for sure.

Listening to the album there is a really personal feel to most of the songs. Do they come from your life or are they just stories?

It’s extremely autobiographical. Most of this record is my story and that’s what I really love about it. Hopefully, as good music does, people can put themselves into those stories and relate in their own ways.

It’s interesting that you say you hope people can put themselves into the songs because one that really gets me is Beautiful Rose. I love the line “maybe life’s not what I thought it’d be, it’s nothing like my childhood fantasies”. Sometimes in life a song hits you at the right time and that did it for me! Was it your intention to connect with people in that way?

Honestly my only intention was to write what I was feeling. I don’t tend to think that far ahead when I’m writing and I’m just trying to be honest and write what’s inside of me. I think when you do that then it does have that power to reach people where they’re at. That’s one of my favourite songs on the record as well and it’s one of my favourites to play live because a lot of people do seem to connect with it.

Do you think ‘songwriter’ albums have more resonance than albums where acts cut others songs?

I’ve always just recorded songs that I’ve written so I don’t really know any different. I’ve never been the type of artist that records other peoples songs so for me I’ve always done that. There’s a place for both of them. History is full of people who didn’t write but recorded and made people feel things from other people’s songs. There is definitely a specific type of feeling that you get when you hear the writer perform the song so I they’re both powerful but different at the same time. This record for me, hopefully, does the latter for people.

Were the songs written over a long period of time or was it all put together at a particular point in your life?

Actually, maybe six or seven months before we recorded I didn’t have any of the songs and I went to a cabin for a week and locked myself away to write. In that week about five of those songs happen. It was definitely a flash of inspiration that started the collection then the rest of them kind of followed pretty quickly. They’re not a lot of songs that have been hanging around a long time. They were all pretty new when we headed into the studio.

Do you have a particular favourite song on the album or one that has a little more meaning behind it than others?

I think Beautiful Rose is one for sure. They’re all pretty close to my heart. People say it’s like picking your favourite kid or something – I love them all for different reasons. But, yeah, Beautiful Rose stands out as well as Queen of St Mary’s choir off the top of my head.

I understand you recorded the album before being signed to Rounder. What would have happened to it if you’d not signed for them?

I knew what I wanted the collection of songs to be and I knew that I wanted to bring it into the world without too many opinions so we made it and then brought it around to different labels. Rounder was one that really just seemed to get it and be on the same page as where I was so we signed on after we’d recorded it.

You’ve obviously had some real success as a songwriter with acts like Brad Paisley and Tim McGraw. Do you feel like that was all part of honing your craft?

It definitely hones your craft to be a songwriter. I’ve been writing songs since I was eleven years old so I’ve been doing it for a long time and, just like anything else, the more you do it hopefully the better you get at it. The other part of my career in writing songs that other people are going to record definitely keeps my chops up and hones the craft for sure.

Have you always wanted to be a performer or could you have ever settled comfortably as a songwriter?

I think at the end of the day I’ve always wanted to perform and always have performed since I was young. There’s definitely seasons where I’ve stayed off the road to write songs and as a result the song writing became the heavier side. During those seasons though I always knew that I wanted to be touring and getting those songs out there with my own voice so to me they are two sides of the same coin. I need both in my life to feel even.

It must be encouraging seeing the likes of Brothers Osborne make it big coming from a similar song writing world?

I’m so excited for those guys. We’ve written a little bit and become decent friends. They’re such good guys and I’m so happy for all the success they’re having. It is exciting to see someone from your own circle doing that.

You were born in Massachusetts and moved to Georgia at a young age. From where would you say you draw your biggest influences came?

Probably from early on as my parents are both musicians. The music that they were playing in the house was artists like Bruce Springsteen, Bob Dylan and Joni Mitchell. A lot of folk and Americana. Those would definitely be my biggest influences and continue to be!

You’re heading over to the UK soon for the Texas Takeover and an album release. How excited are you to get over here with your music?

I’m so excited man! It’s something that I’ve wanted to do for a long time and I’m glad that the timing and opportunity is finally right to do it. I just couldn’t be more excited about it!

Do you have many British influences in your music?

The Beatles are obviously huge for everybody! There’s such a great cross pollination now of British and American music. It’s kind of back and forth and I love that camaraderie and the influences. I can’t wait to be over there and see where everybody’s from!

Often songwriters like yourself tell me that they love coming over here because the audience listens to every word they sing and note they play. Have you got any expectations of the crowds?

Yeah. I’ve heard exactly what you just said in that they’re so attentive and hungry to actually listen to the lyrics and enter into the music. Those are my favourite types of shows and everyone has said that about the crowds over there so hopefully that will be the case.

It’s interesting because a lot of bands don’t seem to expect it. I saw Frankie Ballard last night and he seemed a bit surprised between songs at the lack of noise…

I’m sure it’s different to what they’re used to. On a side note, Frankie’s keyboard player Billy is a buddy of mine and we grew up in high school together!

It’s a small world in country music! Country music is enjoying a huge rise in popularity over here in England. Is there much of a buzz in Nashville about that?

Yeah. Everyone is going over there. All my friends who are musicians and artists are going over and they’re saying the same that everyone is just so excited to show up and hear that type of music. That’s exciting for us to know and is such a great opportunity for us.

Do you intend to come back to the UK to tour more in the future?

Oh yeah! I’m hoping this tour in November/December is the beginning of getting things started over there for me and I definitely plan on coming back for sure!

Sean will be playing at The Garage in London on Friday 2nd December for his UK album launch as part of The Texas Takeover. Follow the link below for tickets…

Check out our review of Sean’s self-titled album here… 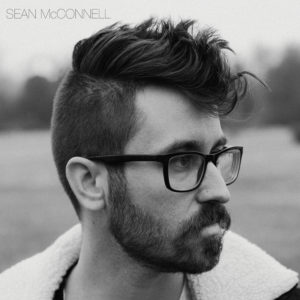