William Michael Morgan, also known as the person who brought a gift to this planet in form of a stunner of a single I Met A Girl, has released his debut album, Vinyl. The first single, which originally belonged to Sam Hunt, has given Morgan a bit of a platform. A platform that turned a few heads around and got one or two people pretty excited about this cowboy hat wearing talent. And I’m raising my hand over here because I’m definitely one of them.

Whenever I write an album review, especially if the album belongs to a new artist, I always like to sit back and listen to the whole thing at once. I always try not to research anything about the artist. It’s always about the music, right? If you can’t really figure out the artist’s journey through their work, their music is perhaps not so good. At least, it isn’t in my books.

Let me start this review by asking you a question, this guy is how old?! When I listened to Vinyl for the first time, the voice and style of music immediately told me that Morgan is, first of all, very southern, and second of all, probably an old man. The lyrics and the confidence in which Morgan sings lets on the impression that he’s been in the business for 30 years, and not that this is his debut! Now imagine the shock I felt when I discovered this lad is in his early 20s and already writes like this.

The album kicks off with People Like Me, a tune that will make any fan of traditional country music smile with joy. I especially enjoyed the playful guitar that accompanies the lyrics so well throughout the entire song. The simple but well-written lyrics will make a tune out of this song almost for everyone since Morgan loves to sing about local and hard-working people who have to really work for what they get, basically ‘people like him’.

Next stop, Vinyl, a song that shares its name with the album, but also a song that is one of my favourites from this project. The arrangement is slightly more relaxed than the album opener and the song reminds me of the first single, I Met A Girl. I am a big fan of the very traditional country music influence which definitely suits Morgan’s voice the most. And that is exactly what I thought of when I heard Vinyl. I could so easily imagine the song being sang by a so called golden oldie.

Then second single, Missing, a more upbeat song will get you swinging and whistling and singing along. Every now and then when a singer has a very popular first single, they obviously know they will struggle to match it, therefore they go ahead with releasing something that feels like a change of style. You don’t have to worry about that at all with Missing. This album is traditional country throughout, and especially this song has a bit of a beat, a good guitar base and a strong voice to lead it – everything you were probably looking for when choosing to give this album a go.

I Met A Girl, my absolute favourite. I am usually the last person to criticise anything to do with Sam Hunt, simply because there’s nothing to criticise. However, I’m so glad this song did not make the cut for Sam and was passed along to William. This song just feels so natural to this style of classic country music. Simple lyrics, simple melody – stroke of a genius.

Quite possibly the biggest weeper on the album, I Know Who He Is, is going to get you emotional. It surely will. And if it doesn’t, you may want to check whether you actually have a soul. Jokes aside, Casey Beathard, who wrote the lyrics for this song, does not need any introduction to any of us. He truly wrote something special over here. If your parent or someone close to you is struggling with an illness, this song will definitely hit home for you. Much like it did for me. The lyrics are written almost like a letter to the doctor, saying that “I don’t mind at all remembering for him, He doesn’t have to get why I adore him, He don’t have to know me, I know who he is.” Whether you listen to the whole album or not, just please do ma a favour and listen to this song.

A complete opposite to I Know Who He Is will be waiting for you in form of Cheap Cologne. This tune has kind of a jazzy start to it and is yet another cheeky song that is not shy of explaining there are two sides to love, a bit of a fresh air after all those love songs on the album!

From being in love, through cheating, now we are in the break-up zone with Lonesomeville – proper old school country heartbreak. You can hear every instrument known to the mankind which is used by classic country, a bit of a trademark for Morgan. Throughout this album, he was never shy of using a range of different instruments, making them the perfect platform for the well-written yet simple lyrics.

The album concludes with Back Seat Driver, the perfect end to this project. Everybody who has ever moved away from their parents’ house has been told what Morgan sings about in this song. It is exactly the ‘now you’re a responsible adult, go do your thing but listen to my advice’ kind of a song which can be applicable to many situations, not only the ones in the actual song. I really don’t think there is a more suitable song to listen to at the end than this one. Also, dear lyric writers Robert Counts, Nicolette Hayford and Matt Willis, I think you’ve plagiarized my dad with the lyrics because I’m pretty sure I’ve heard this somewhere before! 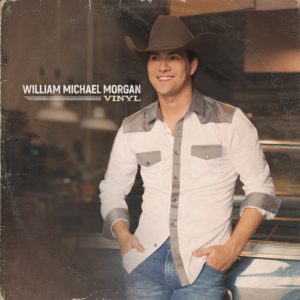 I must admit that I am not into the old fashion country very much, I prefer the country/rock style a little bit more. And boy, it is to my absolute surprise that I found this album extremely enjoyable. Beforehand, I remember thinking to myself, ‘dear God, another one of those ones that are going to try to convince me that I need to be listening to the old traditional country… blah, blah, blah,’ and I am so ashamed of myself. It is not that William Michael Morgan would try to convince me with this album that the traditional country is THE country. I think he just wanted to make a record which reflected on how he grew up and what he listened to. This just somehow managed to be absolutely on the money. I’m a new fan and you should be too… And also, I still don’t believe Mr Morgan is in his early 20s. I think he’s lying and simply uses a good moisturizer for his skin (and Mr Morgan, please send me a DM with the name of the brand because I’ll definitely need it sooner or later). I mean that voice just has to be about 50 years old.

I Met A Girl, I Know Who He Is, Back Seat Driver