His first headlining UK tour was a sell out, he is a fan favourite, and you can count on his music to never disappoint. His red cap is legendary and his arms inspired me to get a gym membership, I just never went but who’s keeping a record. It’s Kip Moore! And more than that, a brand new EP Underground, made out of five crowd-favourites, should be your kind of jam.

Weeks of teasing and then some more weeks of begging (most of it from my own Twitter account, I believe I might be blocked by now) and guessing – that has been the story of Kip Moore’s social media since the summer. All this fuss actually means that we are finally getting some new music. Underground is ready to hit your iTunes library tomorrow. This EP was made as a thank you from Kip to his loyal fan base and is the perfect way how to get all of you excited for his third album, which is coming out in 2017.

The only new song on the EP, My Kind, is everything that is good about Kip Moore. Some cool guitar riff, Moore’s rough voice and lyrics that describe exactly the kind of crowd that hangs out at his concerts. “My kind knows about a hard earned dollar, we drink Jack straight no Coke,” is a line from the song, apparently written by Moore himself, Erik Dylan and Justin Weaver, but if you ask at my local pub, I think I might have said that to the bartender just the other day. With clearly the most relatable lyrics ever written by the Georgia native, My Kind is a tune that will put you into a good mood on a tricky Monday morning and as it is impossible not to hum along with a smile.

All Time Low, an early release for those of you who pre-ordered the EP ahead of time, is the ultimate arena-ready hit. Reminding me of some classic rock tunes, the heartbreak song is no stranger to Moore’s fans who have been introduced to it some time ago and were very loud about requesting the song on the EP.

Midnight Slow Dance is yet another reason why I think Moore is the ultimate softie behind that whiskey voice. He is this tough guy with possibly a pretty good old mean punch but then you hear one of these songs and you just don’t believe that image for a second. This old story behind Midnight Slow Dance of a guy admiring a girl that is frankly out his league is a story of any film. Yet, somehow in this song, that story feels brand new.

A playful guitar sound accompanies Separate Ways, a song which is a true golden oldie for Kip’s fans, mostly the US ones as Mr Moore does not visit as often as we would like him to, but it is a song that probably should have made an appearance on an earlier album because it is very well-composed. Simple and cheeky guitar arrangement sets the tone perhaps outside of the country genre but don’t worry, it will get you moving a little and the ‘lost love’ kind of lyrics will drag you right back to the genre where you belong.

My Baby’s Gone, the last song on the EP, is the reason why I will stay up late tonight, just so I can listen to it on repeat when it comes out. Another one of the slower songs is yet again a heartbreak tune from Moore. But I am not complaining, he has a gift of writing these. It just makes me wonder whether they were all written about one ex-girlfriend or whether every one of his dates gets one. If it is every single one, then gentlemen, please take a note… And from personal experience, a live acoustic version of this song is an amazing experience. I can’t wait to hear it again. 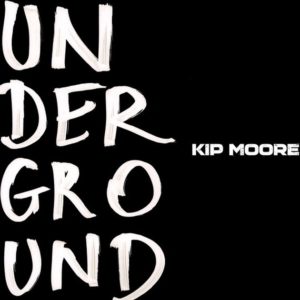 Underground should definitely be in your music library. Purely the fact that this EP is being released as a thank you to Moore’s fans despite a full album is on its way, says a lot about his dedication. Every single song is already a fan favourite as they have been continuously requested at his shows. The songs were produced in what seem like a rough manner but that is exactly makes them so catchy and will make them sound amazing live. Chances are, you might have caught a song or two already, but you should give them all a chance, especially since the entire EP costs as much as a double espresso from Costa.