After forming a band many years ago, back in 1999, it was quite exciting to hear that Rascal Flatts would be releasing their first ever Christmas album this year! After being a fan of them for a fair few years, I was instantly looking forward to taking a listen. With the distinctive lead vocals of Gary LeVox, I had a feeling that the trios take on some Christmas classics was something that I could not miss out on.

The festive album kicks off with the ever so joyful ‘Joy to the World’, I instantly had a smile on my face from the jazzy piano opening and the beat kicked in shortly after. LeVox’s vocals are then introduced and sound perfect for this song, it is an extremely pleasant song to listen to and I love the rendition the trio have created whilst still including some great musical instrumentals, as well as a choir. This song is an awesome start to the album; it is hard not to dance along.

Following is ‘O Holy Night’; this song for me is very underrated. A lot of the commercial Christmas songs are more popular as they tend to be less about the religious side of Christmas and more about the fun, family, and gift giving side. As I am not the most religious person, I am surprised how much this song has grown on me over the years as many great artists have covered it and done some phenomenal versions. With the vocal ability of the Rascal Flatts, I was expecting great things for this, although it was pleasantly pleasing throughout, I was waiting for that climax towards the end that appears in many other versions of this song, however do not feel it got there. The vocals stayed strong throughout; although the arrangement was not one of the best I have heard.

A festive favourite is next with ‘Deck the Halls’, which as an old school spin on it. It starts off slowly which makes the song sound completely different to what we are used to hearing. I love the smooth rhythm which transports back in time to make you feel as though you’re at a 1960’s Christmas ball. If you like change, this is one for you as it shows a completely different side to the record.

Next up is ‘A Strange Way to Save the World’; it starts with a sweet tune with the vocals shortly following. I was instantly surprised as we hear the vocals of another member of the band which I feel is quite rare for the Rascal Flatts. Normality is soon restored as Gary LeVox higher voice kicks in with the chorus. This song is 100% a religious Christmas song, probably one of the most religious I personally have ever listened to. It has a lovely sound to it with all voices joining together but it is not the cheery type of tune I like to hear at Christmas.

‘Go tell it On the Mountain’ lifts the mood with a very funky beat and a faster rhythm. The very soulful vocals and lyrics make you want to sing along at the top of your lungs and dance to the melody. This song suits the voices of Rascal Flatts perfectly and is definitely one of the fun ones on the album.

Another classic ‘Let it Snow’ follows. With a slight bluesy feel and a nice upbeat tempo, it is a great variation on some other renditions you may have heard. The background harmonies from the band accompanying LeVox’s vocals work perfectly for the song. I felt that this song was over too soon, I could have happily listened for longer!

Next we have the great ‘Silent Night’ which begins with the vocals of all of the Rascal Flatts children singing along, this in itself adds a great tough to the song, as it brings heart and change to an already well known song. I imagine it was one of the favourites to record as they were able to spend the time with their families. I absolutely love LeVox’s voice for this song and the harmonies of Jay and Jon Don. This for me is the pinnacle of the album and the stand out song as the vocals are outstanding.

Following is a rendition of Stevie Wonder’s hit ‘Someday at Christmas’. This song carries a great message which requires a lot of heart to sing, the combination of all three men certainly do this song justice. The upbeat music helped along by drums accompanies the hopeful lyrics perfectly, to make this version great.

Next is ‘The First Noel’, this is a very non-traditional sound to what you’re used to hearing for this song; it has a much more commercial melody, rather than the Christmas carol sound. It is a great take on the song that may help it appeal to more due to the completely different style.

The track that closes the album is ‘Hark! The Herald Angels Sing’. The acoustic opening allows you to hear clearly the perfect harmonies from the Rascal Flatts. This song is one of the most traditional sounding records on the album, I feel as though they have stayed closer to the original sound of the tune, unlike the rest of the album. This is a great classic to round out the album. 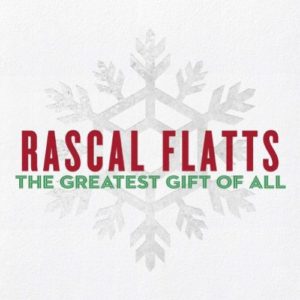 After being very excited to hear this festive album from the popular trio, I was left unsure of how I felt about the extreme changes throughout. I then realised it must be very hard to make a Christmas album and re-create versions of very popular songs that have been released many times before. I applaud their creativity as almost every song was the exact opposite of what I was expecting, like the slow and swoony version of ‘Deck the Halls’. I was also surprised to hear the combination of R’n’B and jazz sounds throughout in songs such as ‘Joy to the World’. I also enjoyed the fact that we got to hear a nice mixture of all 3 of their voices as they each had a few solos throughout, not to mention the amazing and well know harmonies that are perfect for bringing Christmas cheer. I think for me, some of the album veered to far away from what I know and love with Christmas music and not being a fan of change, I struggled to love this album as much as I wanted to, however if you like to hear different sounds, then this one is for you.

Silent Night, Go Tell It On The Mountain, Someday At Christmas