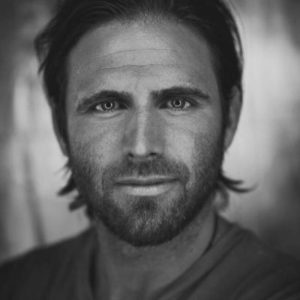 on their UK tour. As far as I was concerned Smith was one of the next big names to come out of Nashville so it was a very pleasant surprise to hear that he was packing up his guitar and heading over here. Smith is now poised to hit Country 2 Country followed by a full UK tour and we were lucky enough to chat to him before he hopped over the Atlantic…

Aw man, tell it to go away before I get there man!

That was going to be my first question actually you’re heading back here soon for the second time in a year. How excited are you to be coming back here?

My last experience was just over the top! It was so much fun and I had to get back as soon as possible so we worked it out and we’re nearly there!

It’s quite a big tour as well. A lot of the time you see acts just hit London then head back but you’re up and down the country…

During my experience last time I found out fast that there are genuine country music fans all across the UK so I wanted to make sure that I get some more face time with them. I plan on making this a regular visit!

That’s what we like to hear! So your last tour was supporting The Shires, who are a UK act, how did you find the experience over here with the crowds?

Dude I had no idea what to expect as it was my first trip over. I kind of went in with no expectations and just wanted to experience it and the experience that I got blew my mind. The fans and audiences were just overwhelmingly receptive and respectful and appreciative. I left there thinking “this is how it’s supposed to be!” we had a blast. It’s not like we don’t have fun over in the States and it’s not like my fans don’t appreciate it over here but it was a very attentive experience. The fans really paid attention and hung on every word that you said. I felt like that I was able to make a big impact musically and my songs could be heard in their truest form.

It’s so interesting that you say that. Literally every American act I speak to tells me about how they love the attentive nature of the crowds. That must be a nice feeling?

It’s so rewarding. That’s the goal and purpose of playing a song – so that people listen and it’s something that I don’t take for granted. It’s the ultimate experience as a songwriter.

Well over here in the UK we respect America, and specifically Nashville, as the song writing capital of the world so it’s an experience for us to get to see you.

So you’re at C2C this year. Have you heard much about the festival from other artists that have been over?

Yeah. I’ve heard great things about it. Kip Moore was telling me how incredible it is and how he’d had such a good time there last year so I’m really looking forward to it. It’s something that we’ve had on the calendar for, not just a little bit, but I’ve been wanting to do for a long long time.

I think since it started in 2013 the rise of country music in the UK has been phenomenal. Are you bringing the full band for the tour?

I’m bringing a full band for the C2C shows but for my headlining tour it’ll just be my trusty sidekick acoustic player and me. We’re going to keep it stripped down like last time.

Going back to that last tour how did you find it supporting an English ‘country’ band. Did you expect much from our homegrown talent?

It’s phenomenal. Their voices are phenomenal. The music is real and the band was tight so I was very impressed with The Shires and their entire organisation of people. It was something that I was honoured to be a part of.

Are you a fan of much British music at all?

Oh yeah! The Beatles were the biggest inspiration to me as a kid trying to learn guitar. Oasis were also an influence.

It’s funny that you mention Oasis as Kip Moore said the same to me. He was brave enough to do an Oasis cover…

Oh dude I don’t know if I could do the Oasis tribute or not! That’s a tall order! I do some covers in my set and I don’t want to say which ones yet. I do like to work in some songs that other artists do and there are so many great ones out there that it’s hard to pick but Oasis would definitely be at the top of our list. Which Oasis song did Kip do?

It was ‘Don’t Look Back in Anger’ if you’re feeling brave!

I was going to talk to you a little bit about a friend of yours who I interviewed last year, Kristian Bush, who was just full of praise for you. How big an influence has he been on your career?

He’s been such an encouragement and a voice of reason for me along the way. He’s been through it all and he’s got such a hard work ethic – the dude works so hard and he’s still crushing it. He’s just an innovator and never stops working. He’s had some great advice for me over the years.

That’s why I find it interesting to talk about because country music seems to have this community like no other. We love the idea that there is this Nashville community.

He’s as good as gold man. I don’t know if you could come across a person as genuine as Kristian Bush!

So it’s now been almost two years since the release of your debut record ‘Bronco’. How did you find the response to that?

It just totally overwhelmed me with gratitude. You can’t predict what an album is going to do you just send it off to the world and hope for the best. I think that by putting songs about my life on the album it’s part of the reason for the success. People are people no matter where you go. This is why I’m pleased that it’s taking off in the UK but I’m not surprised either because people are people. It’s all about people and the life we live.

That was going to lead me to my next question as there is at least one deeply personal song on the album in the title track. Is that a song that you find hard to perform and does it help the healing process?

It absolutely helps me heal. It’s tough to sing actually. It’s hard even to this day to sing without tearing up but I’ve found that I get strength from singing the song and knowing that people in the audience have been there. It’s not just my story because it’s a lot of people’s stories. It sort of becomes a moment that, when I’m singing it, isn’t just about me and my brother and takes it away from just being my loss and brings us all together as an audience and a performer. It brings us together as human beings.

I think on a personal level I have a friend going through some things with his brother but you listen to a song like ‘Bronco’ and it can almost have a calming feeling. It can help people feel like they’re not alone…

I appreciate you sharing that story and how you can place it into another person’s life.

Well I guess for you as a songwriter that’s what it’s all about – helping people.

That’s in man. In a nutshell.

When you were going through that tough time was music the thing that you turned to as a support?

No doubt. That’s when I picked up a guitar. It definitely became the crutch and the outlet.

Moving onto the future are there plans for the next record?

Yeah we’re putting out a new single on March 17th in the UK! I’m also putting a new single out in the States and following it up with an album soon after. We’ve got about three or four songs in the bag already so we’re about to go back in and record some more. Before you know it album two will be ready!

Do you think that it’ll be this year?

Have you been involved in writing a lot of the songs on this record?

The ones that I’ve recorded yes, I have written them, but I also have plans to record some that I have not which are great songs too. I’ve always been a fan of the idea that the best song wins no matter who wrote it. I’m always listening to other peoples songs to remind me how high the bar is set!

I suppose it goes back to what you said before in that people are people. If you get passed a song that someone else wrote but speaks to you then it’s the one!

So you’ve previously toured with Dierks Bentley, who is an artist that you’ve been compared to in the past, did you learn a lot from those tours?

Oh yeah! You definitely do. If you care about growing your craft and selling out arenas like they currently do then you have to stand side stage and watch the show. There’s something that they’re doing that you can borrow from and you can make personal to you and connect to your crowd. I do that every night when I’m touring with other artists.

Were you forced into Dierks’ frozen lake challenge?

That was miserable! There’s no other way around it! Miserable!

Well if that’s the price to pay to tour with Dierks then it’s worth it! So what are your plans for the next year or so?

I’ve got an entire season of touring in the States to do. We’ve got to continue writing and recording that new album. It’s just a revolving door – I go out on the road for a weekend and then I’m home to record and write then take it back out again. That’s what the horizon looks like for me!

Well thank you so much for taking the time to come over here. It’s huge for us as a country music community to see names like yours throwing out a UK tour. We love it and really do appreciate it – I know it’s not cheap or easy!

Well we can feel it man and that’s why we’re coming back! 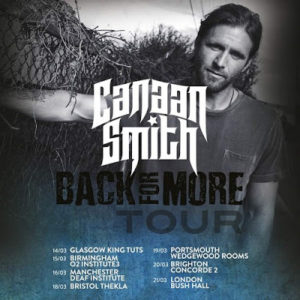