To say that Josh Turner’s latest album ‘Deep South’ has been a long time coming would be an understatement. The lead single, ‘Lay Low’, was released in 2014 and now, in March 2017, the full album has seen the light of day. This isn’t necessarily a bad thing though as fans of Turner will soon realise that he’s found a new lease of life in his music.

The opening track ‘Deep South’ kicks things off with some really traditional twang. Turner’s deep (no pun intended) vocals blend smoothly over a jaunty and upbeat song where he tells the tales of life in the South. It’s got a great blend of catchy pop whilst having the maturity of his years in the vocals and lyrics.

‘All About You’ is another tune that kicks off with the rootsy sound that we heard in ‘Deep South’. The banjo rolls away throughout the song with a driving beat supported by some overdriven guitars this time. The chorus is big, upbeat and fun. It’s definitely a tune that will drag you out of any bad mood. Turner sings “I don’t care what we do or what we don’t girl, I’m just freakin’ diggin’ livin’ in your world” which sums up the songs meaning.

Next up things slow down slightly for ‘Hometown Girl’. It’s another nostalgic song about love looked at through a kind of sepia view. The chorus is big again and will have crowds singing along at Turner’s shows.

‘Beach Bums’ is a fun summer song that is all about spending time with the person that you love and making the most of time together. Again, this song has the feel good and upbeat feel whilst looking at things through a nostalgic lens. It feels like Turner is reaching an age where he’s accepting that it’s not all about parties and drinking any more but spending time with those that you love.

Track five is ‘Southern Drawl’ and again welcomes us in with that swampy slide guitar. The instrumentation on the album is clearly a nod to the title of ‘Deep South’ as this record couldn’t be more Southern at times. This is another love song which is an ode to a woman “it ain’t the blue sky in her blue eyes, it ain’t good looks at all, it’s the way she says I love you that makes me fall and that sweet, soft Southern drawl”.

‘Where The Girls Are’ is an ode to being young and chasing around town after the girls. It’s a decent mid-tempo country song but at this point you are left feeling like you need a change of pace.

The piano intro to ‘Never Had A Reason’ leads us into the first ballad-esque song on ‘Deep South’. It feels like this song really does sum up my earlier thoughts about this album being a mature effort from Turner as he sings about how he “never had a reason to stay home on Friday night, being content with doing nothing but watch TV and unwind… now I got your smile waking up my world”. It’s a beautiful tribute to the woman in his life and how it’s settled him down.

‘Wonder’ has a thumping intro with the kick drum thudding over chugging guitars. As Turner sings about the ‘one that got away’ and asks whether she still thinks about him after he made a mess of it all the song builds in intensity. Musically and lyrically this is one of my favourites on the album as the music almost matches the way that Turner’s thoughts are running away from him. It always feels like it’s building to something but never quite gets there which helps build that intensity.

We’re back with upbeat country in ‘One Like Mine’, which is a typically upbeat country song that’ll have people dancing along. Lyrically the song is very similar to those that have come earlier in the record with Turner singing about his woman and how perfect she is. It does have a great fiddle/guitar solo in it though!

The penultimate track on the album is the lead single ‘Lay Low’ which has been about for a few years now. It’s easy to see why this was chosen as the first single as it’s a very country radio friendly song that ticks all the boxes of country music. The lyrics are all about running away and living in the quiet for a while. It’s a big song that I’d imagine is even bigger live.

The album is the Hawaiian themed ‘Hawaiian Girl’. It’s certainly not my favourite on the album and doesn’t really fit for me. I appreciate that it brings something different to the record but it’s just not my kind of thing. 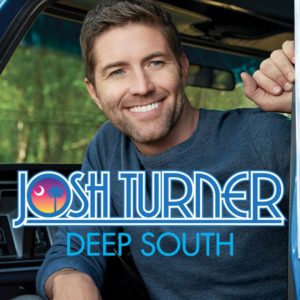 This album is one that I can take or leave if I’m being brutally honest. It’s got some really good music on it and the likes of ‘All About You’ and ‘Wonder’ are really great. My biggest criticism of the record would be that it’s very one dimensional in it’s themes and sound – the majority of songs are mid-tempo country songs about how much he loves his woman. These are all done very well and Turner is clearly looking back on his younger days now with more maturity and this shows across the record. It’s very similar to a release like ‘Summer Forever’ from Billy Currington but just doesn’t pack the same punch for me. All being said it’s a decent album and a good step for Josh Turner.

All About You, Wonder, Lay Low