Ryan Hurd is an artist that will be hoping to emulate the sudden rise of his other Maren Morris; after all the ‘My Church’ singer went from satellite stages at C2C to the big arena in just twelve months! Despite this Ryan is very much his own man and his own artist. This self-titled EP gives us a little taste of what Ryan Hurd has to offer.

The EP kicks off with ‘We Do Us’ and, ironically, the first vocal we hear is a backing from Maren herself! The song itself is a fun and laidback party song. It’s fitting that Maren sings on the track as it’s about a couple just doing their thing and not really caring about what anyone else thinks. It’s a decent start to the EP although I wouldn’t describe it as knockout.

The second track on this EP is ‘Love In A Bar’. This song kicks off with a lonesome acoustic guitar and Hurd’s soft vocals over it. It’s a slow burning song that builds to a massive crescendo. I can imagine this one being a big live favourite and it has a great guitar solo which I always love!

The lead single, which is currently surfing the airwaves at the moment, is ‘City Girl’. This is the third song in a row that is about falling in love and the mid-tempo number doesn’t do a huge amount for me. That’s just me however. I can understand how people would enjoy the song as it’s catchy enough but I’m all about lyrics and this just doesn’t grab me.

Speaking of being all about lyrics, for me, the final track on the EP ‘Hold You Back’ hits more of a high note. The song perfectly describes the feeling of not wanting to be with someone simply because you think they can do so much more without you. I’ve heard a lot about how good a songwriter Hurd is and this song really proves that he is. It’s poetic and uplifting yet heartbreaking. 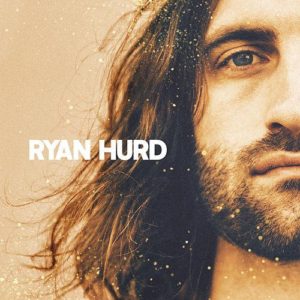 It’s always hard to get a real feel for an artist from their debut EP. Hurd is clearly a very talented songwriter (he’s had cuts for the likes of Blake Shelton after all!) but this EP doesn’t quite get to show that off. With the exception of the brilliant ‘Hold You Back’ there feels like a sad lack of depth to the other songs on the project. Saying that I feel sure that, given a full length LP, Hurd is someone that we’ll be hearing a lot from in the future and can really do some impressive stuff!

Ryan Hurd will be touring the UK with Maren Morris later this year. Check out our UK Tours page for dates and ticket links.