Charlie Worsham is that classic yet hard to find blend of singer, musician and songwriter. He’s a triple threat which, even in Music City, is difficult to find. He’s been busy supporting country music’s elite on the road including such names as Taylor Swift, Miranda Lambert, and Kenny Rodgers but he’s definitely ready to start taking the stage front and centre by himself. ‘The Beginning of Things’ is his second album and the follow up to 2013’s ‘Rubberband’.

The album’s opening track is ‘Pants’…but not literally. There’s not much to say about this song, but I think Charlie does it best himself “Who doesn’t love a 14-second-long Jeff Hyde masterpiece about a morning routine gone wrong?”

The second song is ‘Please People Please’. It’s a defiant track promoting individuality and independence. It showcases beautiful guitar solos alongside a smooth memorable chorus. It’s a sophisticated rebel song and a fantastic way to open the album into his own material.

‘Southern by the Grace of God’ is one of four tracks on the album not written by Charlie himself but it doesn’t feel out of place at all. It is written by Shane McAnally, Luke Dick and Charlie Worsham which meant I fully expected it to be country music gold. And he does not disappoint. This is a beautiful homage to the south and suits Charlie perfectly. I really enjoyed this song, it’s a really special track.

Track four is ‘Call You Up’. This is, refreshingly, the first song about love on the album. It would never normally take you to track four to get one of these! This song has a nice jazz feel to it and showcases some of the musical variety on the album. It’s not a standout, but I think that’s because it follows two brilliant songs.

Next up is ‘Lawn Chair Don’t Care’. The song has a pretty miserable theme about not being able to afford your bills and watching war on the news but the upbeat music and rhythm means it doesn’t leave you feeling sad. It’s actually a pretty fun song but, it might just be me, I wish he wouldn’t sing that annoying tune throughout it!

‘Only Way to Fly’ is a pretty laid back song. I love the lyric “You’ll be over the moon by sunrise” and the song really showcases his vocals. It’s a good song with a big punchy chorus but not an overly memorable track.

‘Old Time’s Sake’ is a lyrically nostalgic song and the music fits that perfectly. I always feel transported to times gone by with the feel of this track and it fits the theme perfectly. It’s one of the more classically country sounding songs on the album, so if you prefer a bit more of the traditional sound then I think this is a good track to start with.

Track eight is the first, and currently only, single from the album ‘Cut Your Groove’. I think it’s a wise choice for the first single to the album as it beautifully summarises it and if you like this song then you’ll love the album. It’s an idea explored time and time again, of life being like a song or album, but he has a beautiful melodic take on it and it’s been fantastically re-imagined.

Next, we move onto the more electronic feeling song ‘I Ain’t Going Nowhere’. It feels slightly more experimental, in that he explores more instruments and this seems to be the focus of the song over its lyrical content. It’s a nice song but not one of the best on the album.

The tenth song is the title track and it’s definitely worthy of it. ‘The Beginning of Things’ tells the story of the life and death of Bill and Sam. It’s lyrically beautiful and soulful. The story telling showcases the beauty of country music and how it captures the heart with songs of honesty, compassion, and love. It’s a standout and a must listen to.

This is followed by ‘Birthday Suit’. A more rock-inspired song with a catchy rhythm. The singing gets a little lost in the music during the verse, but it’s a fun song. I can imagine it would be really fun live and you can easily get lost in it.

‘I-55’ is all about refreshing life and how a can drive can clear your mind when it’s all a bit much. It’s reminiscent and nostalgic. A great driving song for when you’ve got nowhere to be. It’s a summer song for when you feel like starting over.

The final song on the album is ‘Take Me Drunk’. I’ll be honest, it’s the track I tend to skip. It’s a cliché idea which he hasn’t added his own spin on. It doesn’t have the striking originality of the other songs. I think it’s a shame the album ends this way. 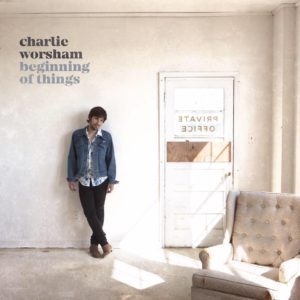 This is a brilliant album. It manages to feel nostalgic and classic, yet current and relevant. I mean this with the most respect, but it’s an album where I feel like I should be listening to it whilst travelling along staring wistfully out of the window. Or that it’ll appear on a film during the life-changing moment scene. Charlie Worsham has taken the time to know himself as a singer, songwriter, and musician and it really shows. It’s one of those rare albums where you can describe it as genuine and authentic and really mean it. If you like any genre of country music then give it a listen, I’d be comfortable recommending it to those who say they don’t like country music too!

Please People Please, Southern by the Grace of God, The Beginning of Things.