The link between Nashville string band Old Crow Medicine Show and legendary songwriter/poet laureate Bob Dylan stretches back some way. In 2003 OCMS lead singer Ketch Secor and his band released their now signature hit ‘Wagon Wheel’ which had been based on an old Dylan tune that was half-finished during the ‘Pat Garett and Billy The Kid’ sessions. A few years later Dylan passed on another half written tune to the band which surfaced on the ‘Remedy’ album in the form of ‘Sweet Amarillo’.

Secor refers to Dylan as “maybe the most important country music maker of the 20th Century” and the songwriter’s time in Nashville really did have a long lasting effect on the country music that we now know. ‘Blonde on Blonde’ was Dylan’s first record made in Nashville but it was more rock than country (despite him using country players). In 1967 Dylan headed back to Nashville and recorded the ‘John Wesley Harding’ album which was his first real foray into country music and a time that the genre will never forget. Even in 2013 the effects of the man were being felt as Darius Rucker’s cover of Old Crow Medicine Show’s finished version of Dylan’s original (keep up!) smashed it’s way up both the Billboard country and pop charts in the States.

Ketch Secor has now taken the opportunity, with his band, to celebrate the release of Dylan’s ‘Blonde on Blonde’ record fifty years a go. The band decided that the best way to do this would be as a live show which took place over two nights in 2016 at the Country Music Hall of Fame. Initially the shows were meant to be the extent of the celebrations however such was the success that the band decided to put it out as an album. Further to this they’ve spent much of 2017 touring the album and will hit European shores in June.

As a record it does exactly what you’d expect (and hope) from an OCMS album. From the opening drum beat and ensuing onslaught of rootsy instrumentation on ‘Rainy Day Women #12 & 35’ the band set their stall out. It’s got to be a tough thing to perform any album in it’s entirety live let alone one as legendary as this which was recorded by an artist as legendary as Dylan but the boys do it with aplomb. Perhaps it’s quite fortunate that Dylan’s music lends itself well to being covered – see the millions of covers of ‘Knocking on Heavens Door’ or ‘All Along The Watchtower’ – but with OCMS we are looking at a band born to entertain. Their live shows are where they really come into their own and the Opry members show off every inch of that skill here.

Songs like ‘Visions of Johanna’ soar with the vocals from both Secor and Critter Fuqua managing to include elements of Dylan whilst making it their own. Interestingly, when I’ve played this album to people who aren’t OCMS fans, it becomes obvious that these songs are all Bob Dylan songs. There is something so unequivocally Dylan about the songwriting itself but, on top of that, OCMS do a fantastic job of both honouring Dylan in his own way but using the fantastic instrumentation within the band to take it to a different level.

Along with the upbeat and thumping numbers there are some superb tender moments with songs such as ‘One of Us Must Know (Sooner or Later)’ pulling at the heartstrings as the vocals intertwine beautifully with the fiddle playing. The same can be said of the anthemic ‘Just Like a Woman’ which OCMS do pretty much in straight-up Dylan style.

The legendary ‘Most Likely You’ll Go Your Way and I’ll Go Mine’ and ‘Obviously 5 Believers’ will have you dancing around your living room with the band’s energy bursting out of the speakers. It’s always tough to get a live show to really translate on CD but they’ve managed it here with all of the excitement of that night at the CMA Theatre bottled up and stuck on record.

The band will be touring ’50 Years of Blonde on Blonde’ this year and hit the UK in June. I’d highly recommend getting down to a show and seeing them strut their stuff live. This is a band that is timeless – they could have just as easily been around in any decade and fitted in with their style and musicianship. There are very few acts out there who could take a legendary album like ‘Blonde on Blonde’ and not only perform it live in it’s entirety but then release it as an album and, above all of that, do it damn well! 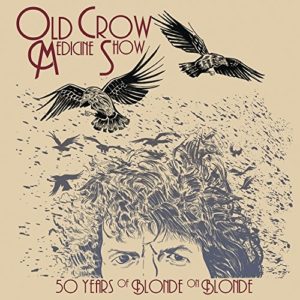 2. Pledging My Time
3. Visions of Johanna
4. One of Us Must Know (Sooner or Later)
5. I Want You
6. Stuck Inside of Mobile With The Memphis Blues Again
7. Leopard-Skin Pill-Box-Hat
8. Just Like A Woman
9. Most Likely You’ll Go Your Way and I’ll Go Mine
10. Temporary Like Achilles
11. Absolutely Sweet Marie
12. 4th Time Around
13. Obviously 5 Believers
14. Sad Eyed Lady of The Lowlands

This record is fantastic in many ways. Firstly, it showcases the prowess of one of the best live bands out there at the moment. The way that OCMS interact and perform on stage is second to none. There is a reason that Doc Watson picked up these guys as buskers outside the famous Boone Drug Store in North Carolina many years ago and took them to perform at MerleFest – it’s the way that they’ve honed and now perform their craft. Secondly, this record is about as fitting a tribute to the legendary Bob Dylan and the legendary ‘Blonde on Blonde’ album as you could ask for. OCMS manage to make the songs their own whilst keeping enough ‘Dylanism’ to it. Whether many country fans know it or not Bob Dylan has done a lot for country music and OCMS are making damn sure that people know it. As much as this album is about tipping a hat to a legend it points to the fact that there is another band out there that could grab that legend status one day. This is the type of live album that live albums were made for!

Most Likely You’ll Go Your Way and I’ll Go Mine, Obviously 5 Believers, Sad Eyed Lady of The Lowlands

Old Crow Medicine Show head to the UK in June. Click the link for tickets. 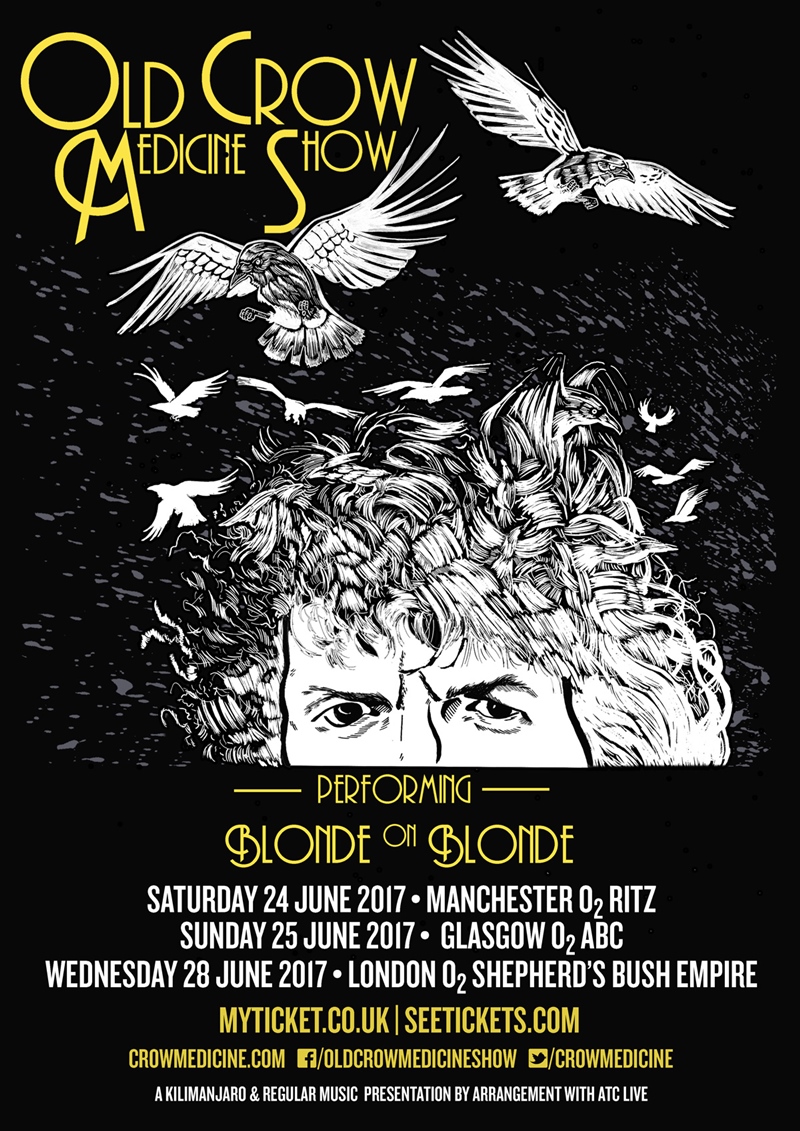