Country music is a strange genre of music at times. It’s amazing how often you hear people saying “that’s not country” or “we don’t want so and so in our genre” and it’s truly mind b 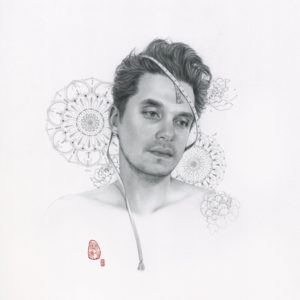 oggling that anyone would turn a genre of music into an embattled private members club where only a chosen few are given acceptance. One of the most famous crossover artists that we’ve had has been Darius Rucker who, having gone solo, went decidedly country.

Things seem to be opening up slightly now with Justin Timberlake releasing ‘Drink You Away’ following on from his CMA Awards performance with Chris Stapleton and acts such as Ziggy Marley and The Backstreet Boys featuring on the latest Florida Georgia Line album. Other than these artists piggybacking along into country with established names I can’t really think of anyone who has been successful as all Hell in other genres but just said “you know what? This song is country so I’ll stick in on country radio!” If any artist could achieve the bridging of this gap it’s John Mayer…

Coming off the back of albums ‘Born and Raised’ and ‘Paradise Valley’ which were straddling Country and Americana sounds the songwriter and master guitar slinger has taken the song ‘In The Blood’ from his latest LP ‘The Search For Everything’ and given it to country radio.

In essence ‘In The Blood’ has everything that a country song needs – it’s got brilliant musicianship, driving hand clapped rhythm and lyrics about family issues. This is a deeply personal song for Mayer and, considering this, a country listener is what it needs. As Mayer sings “How much of my mother has my mother left in me… How much of my father am I destined to become? Will I dim the lights inside me just to satisfy someone” you can feel the rawest of emotions pouring out of Mayer. Having recently seen his parents separate Mayer questions “will a broken home become another broken family?”

I’m sure a lot of people, especially those who love to read gossip columns, will reject this song but a true music fan can put that to one side and what they’ll find is not just a great country song but a great song.