Having sold thousands of albums, hit number one in the billboard hot songs chart four times and broken a 62 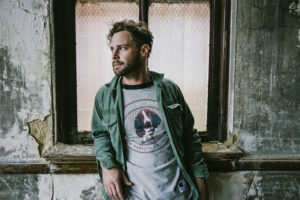 year old record for the longest run on the Billboard country chart you’d think that the Brice family had hit the pinnacle of their achievements through older brother Lee. This week the second wave of the Brice family, Lewis, releases his debut EP following on from years of touring and amazing philanthropic work. We got the chance to chat to Lewis on the night before his EP dropped.

Lewis thanks for taking the time to speak to us over here in the UK. Is this your first UK interview?

It’s awesome man. Thanks for having me! This is my very very first UK interview – probably my first phone call all the way to the UK!

Your self-titled debut EP comes out tomorrow. How excited are you to get it out to the people?

Man I’m beyond excited! I’ve been working on it for a really long time and a lot of the songs are little pieces of me and what I’ve been through to get to this point you know, there’s a lot of stories about bar scenes and break ups and all that jazz. I’m so excited because I’ve been touring around for the past six, seven, eight years and, the people that listen to my music, I’ve never been able to give them anything back in something tangible that they can download and have in their hands. Now, years later, I finally have something that I can give my listeners and they can hold on to and be a part of.

Absolutely. Like you say you’ve been touring for quite a while so you must have built up quite a strong fan base in that time?

Oh yeah totally. That’s why I’m so excited. I’ve played all these shows and for some reason people keep coming but it really makes you happy because this is the only chance they’ve had, outside of YouTube, to listen to my songs anything other than live.

We’ve listened to the EP and really like it but what would you say listeners could expect from your sound?

My style is kind of Southern rock influenced with traditional country. I’m real scatter brained and I love all types of music and I think that you can really hear that on the record. I try to touch on different styles of the musical spectrum. You’ll gear Southern rock, rock n roll, a little bit of pop influences but mainly kind of traditional country with a little kick back to it.

Where do you draw your inspirations from for the music?

Growing up over the years all the way from Jimi Hendrix, Willie Nelson, Marshall Tucker Band and then I’m a big 90’s rock junkie – well 90’s music in general. I pull a lot of influence from there. I think artist wise Dierks Bentley’s new record is absolutely amazing and his live show is awesome. I think somewhere between that 90’s rock and Garth Brooks and Travis Tritt.

You’ve co-written all of the songs on the EP. Is it important to you as an artist to have a hand in writing your songs?

It really is. To me I like being part of the songs because whenever I sing them they’re little pieces of me. At the end of the day a great song is a great song so I’m never going to be in a position where I wont accept someone else writing a song because there are so many great songwriters here in Nashville and so many great songs out there. At the end of the day a great song speaks for itself and I’d be stupid to pass that up if it came my way but I do like being the writer on all these songs. It’s a little more of me right out of the gate and gives people an idea of how I am and where I’ve been.

You’ve worked with other new artists such as Aaron Parker and Randy Montana on the songs. How much do you help to guide each other through the early days of being an artist and making an impact?

I think so yeah. We’re all kind of at the same level in the artist world. Randy Montana is an amazing artist and so is my buddy Aaron Parker and my brother (Lee Brice) as well. I think it’s kind of a situation where we all kind of grow together. When it comes to writing everyone has their own techniques and writing with guys like Aaron Parker, he’s a great writing and we bounce off each other well. It’s starting to become a circle of guys who are growing and are helping each other.

Your brother Lee Brice took on executive production duties. How much did he bring to the project?

Oh yeah. He did a really good job. I was part producer as well but it was good to have his ear because he’s been in the business and hears what’s out there but at the same way respects what I do and the sound but still has a good ear what radio listeners will listen to. He’s helped to give me a really guide in the music business and it’s also been fun working with him because we’re brothers and it’s a special thing working with your family.

Lee has had a successful solo career so far. Are you keen to distance yourself as your own artist or happy for people to give you a try because you’re his brother?

We’ve done a really good job, my brother and I, about keeping our own paths. He’s my big brother and I love him to death; me and him are like best friends. When I moved to town he threw a little party for me and he came out when I’m pulling up, as I came out of the truck he stopped me and said “hey, I’m glad you’re moving here. I love it, I think it’s a great decision and I’ll help you out all I can but I’m not doing a single thing for you. If you’re doing something in this town you’re doing it with your own hands and your own feet. I love you but you gotta do this on your own”. I said thank you because from day one we said we were keen on making our own paths.

You recently held your 7th annual Lewispalooza at the start of CMA fest this year. Tell us a little about that?

Totally! I’ve done this event for seven years. It’s grown every year and this year was the biggest that we’ve done so far – I’ve always wanted it to grow as my career grows. I’ve always had charities involved in Lewispalooza and initially it started because I wanted to give my friends an opportunity to play in Nashville. Seven years ago I was on a tour and my buddy wanted to play in Nashville so I said “hey I’ll start up my own palooza!” The first year was with Musicians on Call and we’ve done it with St Judes but this year I think we’ve found a good home with Hope Song Foundation which is a non-profit organisation that raise money for two different things. One, a buddy of mine runs a hospital down in Tijuana, New Mexico where they do alternate treatments for cancer and so what Hope Song does is fly musicians down to the hospital, put them up for a weekend at a time and every day they go and play for the patients at the hospital for a couple of hours and just hang out with them. It really brings the morale up for the patients. Also, that organisation raises money when they’re trying a treatment which is working really well for a patient but the patient can’t afford to finish out the treatment they will give them scholarships to finish the treatment. The palooza has grown every year and the artists have got really big. I’ve always had my friends play and as our careers keep growing it’s been awesome to watch the whole thing grow!

You had some great acts such as Jerrod Niemann and Michael Ray with you on the night. Are those guys particularly close to you?

Yeah they are. Michael Ray is a really close friend of mine and he’s a great guy. Jerrod Niemann the same thing. Him and my brother have been in the same ‘class’ as performers. Jerrod is a close friend and he’s always been very supportive every year of Lewispalooza – he’s always just a phone call away. Everybody on that bill are friends of mine like Love and Theft, Michael Ray, Jerrod, my brother and Tyler Reeve, he was one of the guys who wrote Brett Young’s new single ‘In Case You Didn’t Know’. They’re all good friends and it’s been fun to watch it grow with my friends.

I see you have a few tour dates planned to support the EP. Will you be adding more?

Oh yeah! We’re looking to get real busy and finish out the year strong because I love playing live! All of the other work I don’t mind but the pay off is being onstage and being in front of people. I’m fortunate to be able to perform and now I’m with William Morris my booking agent, they’re awesome, and they’re starting to fill up my calendar. That’s the whole point of putting this record out is that it’ll allow us to get more busy.

Your live show is something that is gaining you a lot of notoriety. How would you describe a Lewis Brice show?

It’s all about being in your face. I’m going to try and take you on a little ride. It’s an emotional show and I try and have people be a part of it and really get into the music. It’s in your face, it’s Southern rock, it slows down with some ballads, I definitely pride myself on my live show. I jump around a little bit, get crazy, sing hard, weird dance moves…I have an amazing band too. My guitar player is a phenom and my guys put on a good show behind me as well.

Do you think there’s a chance that we could see you over in the UK in the future?

I hope so! I’ve never toured across the ocean yet but there are definitely talks. I know that my friends in American Young have been playing over there so we’re working on it. I told my management and everybody “I’m ready to go overseas” so I’m looking to go over sooner rather than later.

The country music scene is growing at a very fast pace with artists from Lady Antebellum to Maren Morris and American Young to Thomas Rhett touring here this year. How aware are up and coming American acts of the opportunity that lies over here?

Yeah man! I’m seeing more and more. Bands like Cadillac Three and American Young were selling out shows in Europe then coming over here and the shows wouldn’t be quite as big so I think that it’s a really awesome thing to see. It’s definitely noticed over here to see American music coming over well over in Europe!

So the EP comes out tomorrow. Are there plans in place for a full-length album?

It’s going to be these six for now but I do have plans to finish out another six or seven songs. I do want to put out a full album but maybe not by the beginning of next year. My goal is definitely to have an album out next year. 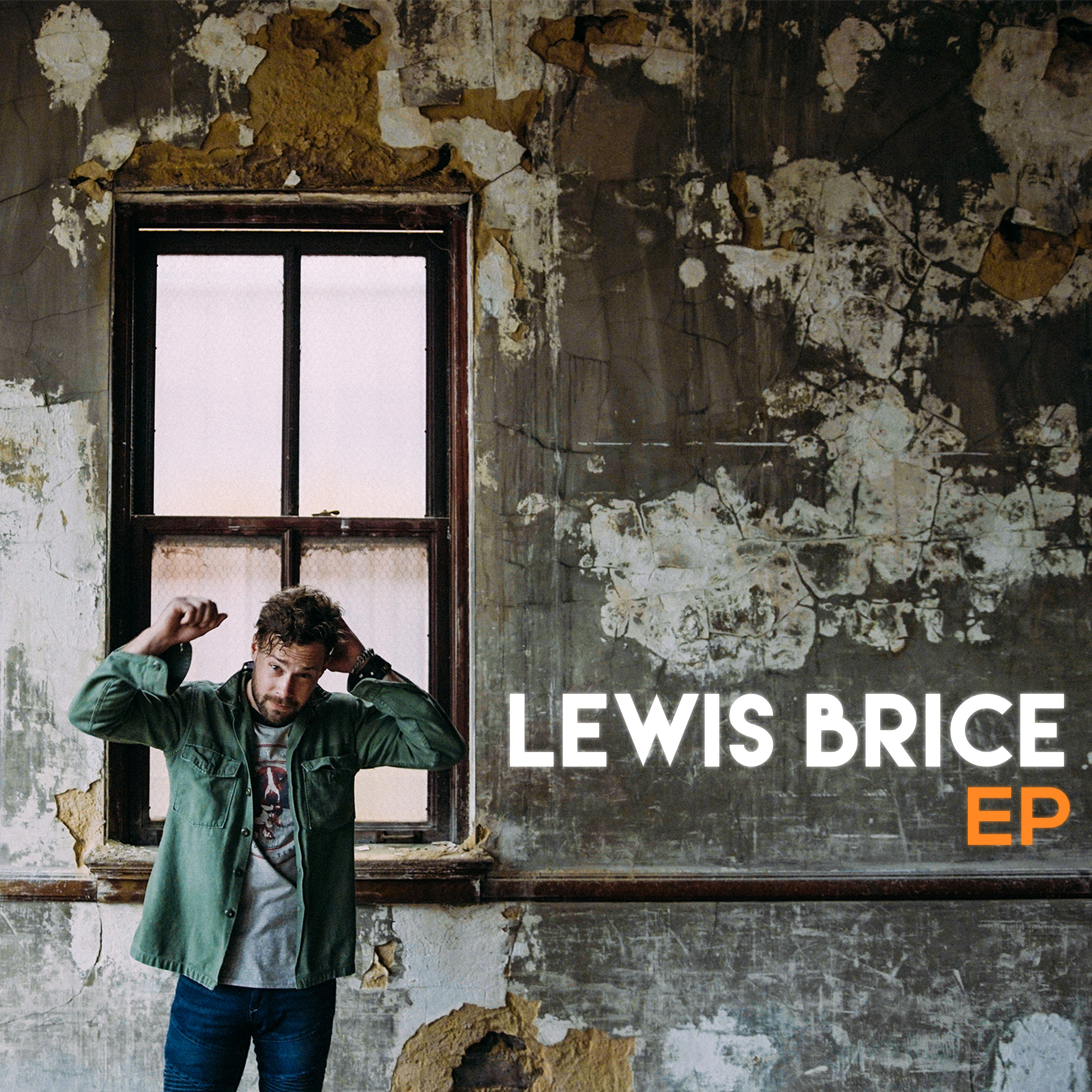 One thought on “Gettin’ to Know… Lewis Brice: The songwriter talks about his debut EP, being more than just Lee’s brother, his charity work with Lewispalooza and more.”