There are many fantastic artists over in the States who have found a welcoming home over here in Europe.

Kacey Musgraves toured the UK extensively when she was starting out – the pinnacle of which was a sold out show at London’s Royal Albert Hall, Songwriters such as Andrew Combs have kept on coming back here to play to our ‘attentive’ crowds, Kip Moore is a lover of the British fans and culture, Sturgill Simpson built a strong fan base here before he really made big waves back home, The Cadillac Three tour Europe at least once a year… the list goes on and you get the point – Europe is fast rising to the top of the list of destinations for country artists looking to cut their teeth. Jarrod Dickenson is all set to become one of those names.

The Texas born songwriter has enjoyed tours supporting the likes of Jools Holland in the UK, played at the legendary Glastonbury festival and this year made his way over to showcase his talents at the C2C festival in London playing across the many satellite and pop-up stages. The praise has rolled in for Dickenson and the likes of Radio 6’s Shaun Keaveny, BBC Radio 2’s Huey Morgan class themselves as fans whilst a whole host of publications have been raving about Dickenson’s work. Born and raised in Texas he has spent time living in New York and Nashville whilst extensively touring as a singer-songwriter.

Dickenson’s debut LP ‘The Lonesome Traveller’ was critically acclaimed and was soon followed up with the EP release ‘Songs From Willow St’. Both of which are available on iTunes and Spotify.

In March he was all set to release his latest record ‘Ready The Horses’ before the legendary Decca records saw what he was doing, decided that such a talent needed snapping up and got behind him. This subsequently put the release date of the album back to September 29th 2017 and has allowed for the artist to line up another big UK tour to support the record.

Dickenson’s music has all of the heart and soul of his home state of Texas. The Lone Star State has produced some of the greatest songwriters that the world has seen (think Guy Clark if you’re struggling) and Jarrod Dickenson fits right into that style. Whilst it’s a brave man who compares an act to Guy Clark, Tom Waits, Johnny Cash and other legends of that calibre Jarrod has seen all of these comparisons drawn in the early days of his career.

If you like storytelling then this is an artist for you. These songs are full of grit and the hard edged Texan life. There is all the heartache and pain that you’d associate with those classic country storytellers and mature lyrics that belie his age. That dusty old cowboy sound is ever present in his music and tales of love and loss are never far away through Dickenson’s songs.

Absolutely. Here at Six Shooter Country we have an interview with Jarrod coming up in September as well as a review of the album ‘Ready The Horses’.

For those of you who want to catch him live (and we highly recommend that you do!) he will be embarking on a headline UK tour in October: 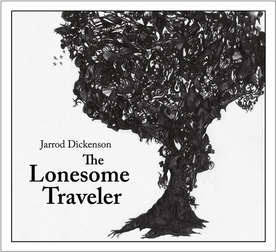 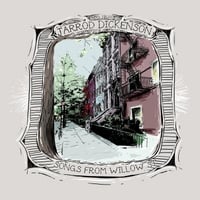