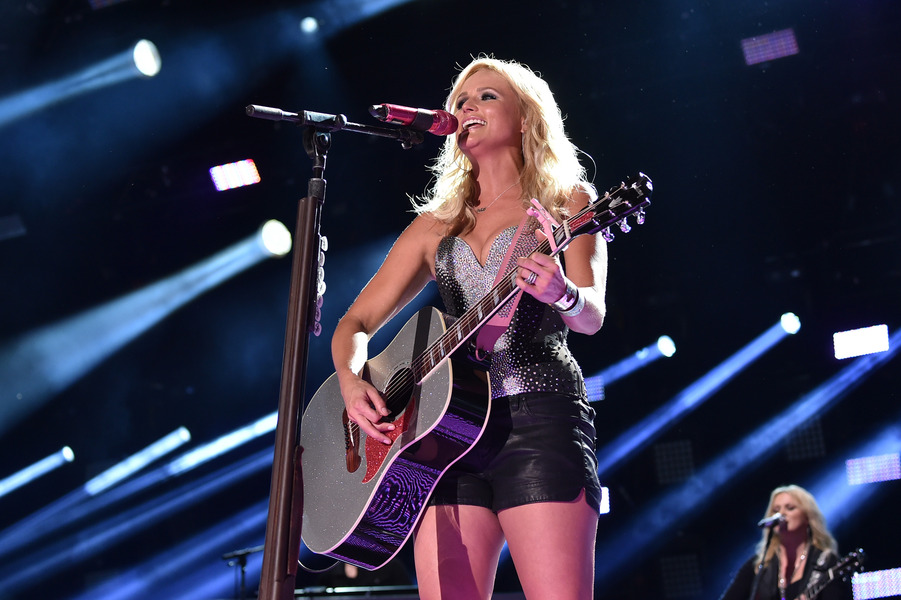 Pink sunglasses ready in my bag, my niece Chloe and I made our way to Manchester to go and see Miranda Lambert. An early Christmas present from my lovely Mum and Dad, and we were both very excited.

The Apollo is a venue that holds 2,693 people at a seated event which this was, and it was sold out.

There was a buzz in the air and everyone was looking happy, people waving to friends they have made online as I did.

We took our seats and Miranda’s support act Ward Thomas came on, I’ve seen Ward Thomas before at the Country 2 Country Music Festival in London but I was blown away with how good they were with a full band as well! They played a 30-minute set singing some of their well-known songs such as Boomerang and Town Called Ugly.

Then it was time for Miranda! She opened the set with Fastest Girl in Town. The crowd went crazy, everyone was up out of their seats dancing and cheering. She looked happy. This then went into Kerosene and Heart Like Mine.

Miranda looked like she was having the time of her life and the atmosphere in the Apollo was electric!

Playing the old hits like Baggage Claim, All Kinds of Kinds, the amazing House That Built Me and Over You (which I will admit, I sobbed over), to the new songs from her new album The Weight of These Wings such as Vice, Ugly Lights and my favourite, We Should Be Friends.

Not forgetting getting the crowd dancing to Little Red Wagon and donning our Pink Sunglasses along with Miranda!

There was an intermission from Miranda whilst her backing vocalist and US Voice contestant Gwen Sebastian sang her new song Cadillac which was co-written by Miranda Lambert and Amy Lewis.

We were then treated to an encore, Miranda sang Patsy Cline’s Crazy and very emotional Tin Man and then finished on U2’s I Still Haven’t Found What I’m Looking For which was beautiful.

For about 90 minutes, Miranda Lambert, my Queen of Country, helped me to forget my troubles, let my hair down and sing at the top of my lungs.

I had the night of my life and I hope she comes back again soon!