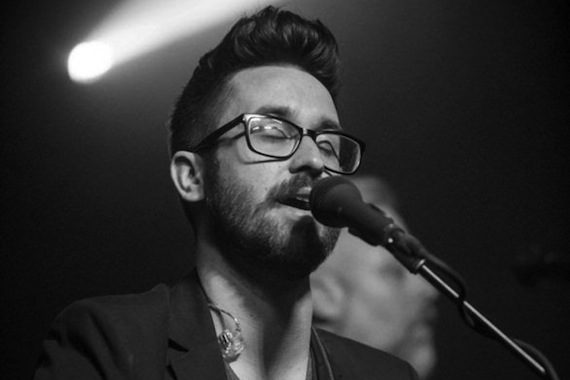 certainly a personal turning point for me and certainly marked the discovery of someone who is now one of my favourite artists. This year Sean is revisiting the record and releasing a stripped down, acoustic version called ‘Undone’. We took some time to chat to Sean about the record, his first visit to the UK and more.

Sean, thanks for taking the time to chat to us. It’s been almost a year since we last spoke in which time
your self-titled album was released. How did you find the reaction to the record?

Man it’s been a really great year! I’m really happy with the response to the record and the shows that I have played. A lot has happened in the last year and I couldn’t be happier about it – it was a great year for that record.

Yeah I’ve been following you on social media and it looks like you’ve played some amazing shows this year. I saw you were at Gruene Hall the other week which looked brilliant!

Yeah it was a real special one. We did two nights at Gruene Hall the first night I played acoustic and the second was a full band show. They both sold out and were really special moments!

It was your first album on Rounder records. How have you found moving to a label like Rounder has affected your music?

Yeah. It was good in the beginning to have them on board and get behind the record so they’re definitely a part of the way last way went.

It must be tough releasing a record in a market that is so oversaturated with all whole manner of different country and roots styles?

Yeah there’s definitely a very saturated market out there with so many people putting out music. I don’t really see it as a problem though; I think there’s space for everyone at the table. It’s an interesting time in the world because everyone can make a record in their bedroom and put it out for anyone to hear.

I notice that you’ve spent a lot of time touring and playing in Texas, which seems to be something that a lot of songwriters do as opposed to just sticking to Nashville. Do you find that to be a better place for your style to flourish?

The Texas music scene is almost its own planet. It’s its own market and is very fan driven. They really do a great job in that state of latching onto an artist and helping spread the word. Building a following in a grassroots way really really works well over there. It’s fantastic and I’ve been playing there for seven or eight years. The fans are absolutely fantastic!

So, you’re about to release your next album ‘Undone’ which is a more stripped down reworking of the last album. What was behind your decision to do this?

I just really love acoustic records and I play solo acoustic so much of the year that A. I wanted people to have a record like they’d hear onstage if it was just myself, because it’s a different thing, and B. I think it’s just great for people to get to hear the way that those songs sound before production is added. I like the intimacy that it provides.

Did you always have it in mind that this album could be completely re-worked to make something totally different?

I think I always had it in mind that I wanted to make this type of version of the record. I think the songs really speak well in the produced world and the stripped down world. I definitely wanted to have these songs available. It also makes me feel a little bit more balanced.

Listening to the opening track ‘Holy Days’ it takes what is a driving rock song and turns it tender and almost haunting. Did it take a lot of work to reimagine these songs or was it the other way around – were these songs originally like this and you had to turn them around for the LP last year?

Holy Days is a great example of one of the songs that wasn’t written on the piano and it wasn’t the way that you hear it on ‘Undone’. That track specifically one of the reasons that I love that recording is that what you’re hearing on the track is the first time that I ever sat down to play it on the piano as I’d never really done that before. In that sense I was just going to play it then go and listen to it, adjust things and do it again but when I went to listen to it I was so pleased with the rawness of the performance that we just kept the first take. It was really a magic moment and I love playing that song on the piano now – like you said it really changes the emotion of it in a great way.

What was the recording process like for this record? Was it mostly live one take stuff?

They’re all live takes. Some of them I had to play a few times to get the performance that I wanted but the whole thing was really done over the course of a few days and involved just me and a piano or guitar sitting down live in a studio. It was kind of a quick of an experience but it was all that we really needed.

Most music these days, not just country but all genres, relies on being big and loud. It must take a lot of bravery to put something so raw out there like this?

You know, I was raised on music like that and I play solo so often that it just feels really natural to do it like that. I think that people really respond more and more to that kind of raw emotion.

In terms of the song writing each song on the record feels like it could be a slice of your life. Is it most an autobiographical record?

Yeah it was a very autobiographic project so it makes it all the more special to have it on a record with just me and an instrument.

There is also a new song on the record ‘Nothing on You’ which features Lori McKenna. How did this song come about?

Me and Lori have been friends now for a number of years. I was a fan first and then we got to know each other and started writing songs. We’re both from Massachusetts, I’m in Tennessee now but she’s still in Massachusetts, so yeah over the years we’ve written together a few times. That song was written in her home in Massachusetts. It was definitely one of those songs that fell right out of the sky into our laps and, it almost made the self-titled record but for whatever reason it didn’t, I’ve always wanted it to be part of that collection so we put it on here. Also, we wanted to put a new song on this collection so I was very honoured that she came to the studio and we recorded the song live together.

It must have been a special thing to record a song like that with someone as talented as Lori McKenna who you were a fan of first?

It really is. It was a real honour to have her be a part of that and have it on that collection.

You were over here in the UK last year for the Texas Music Takeover. How did you find that experience?

Man I thoroughly enjoyed it! I really did! I had a great time. I’d never been in that part of the world before and I enjoyed the music and meeting all of the people and doing all of the interviews, meeting DJ’s, all of it! I had a blast! I can’t wait to come back!

Artists often speak about the big differences between crowds in Europe and the States. Did you find much of a difference?

You know, I did, the crowds were very focused in a great way. I really enjoyed that. I did a private show too whilst I was over there with about 80 people in this small little place and you could have heard a pin drop. It was really cool. There was definitely a focus and intensity about it, which I really enjoyed.

Is it likely that we’ll be seeing you back on our shores again any time soon?

I do. I don’t have anything on the books yet but it’s something I want to do soon. It’ll probably be when the record after ‘Undone’ is out which I’m starting to write for right now. I definitely want to bring that and tour it a little bit.

I was just going to ask about the next record. Obviously you’re just about to put out ‘Undone’ but have you any plans for the next studio record?

Yeah I’m writing right now for it and we’ve got the wheels turning. It’s still very early in the process but I’m seeing things start to take shape and figuring out what it’s going to sound like.

One thought on “Sean McConnell: The songwriter reflects on the last year and looks forward to his stripped down record ‘Undone’.”