Texas country artists are currently enjoying a resurgence and are forcing their way into some of that limelight taken by Nashville’s Music Row superstars. Spearheaded by the likes of Aaron Watson the lone star state is currently producing some of the best songwriters around. Following on from the success of last years ‘All Night Party’ Casey Donahew is riding the crest of a wave which sees him head over to the UK for the Texas Music Takeover in October. We caught up with him recently for a chat.

Casey, thanks for spending the time to speak to us here in the UK. How are things?

We’re speaking almost exactly a year after the release of 2016’s ‘All Night Party’. How did you find the response to that record?

Man it’s been good! We had three years in between records so it was a little nerve wracking. You hope you haven’t lost touch with your fan base and what they want to hear. Overall you want that fan approval!

Like you say it was a big gap between albums – was there a reason for that?

I don’t know whether I was being extra creative or extra lazy!

It represented a move into somewhat more of a mainstream sound for you. Is that something that has just happened naturally or did you make an effort to produce a more mainstream album?

I think it was just a natural progression over time. I’ve always written songs in the exact same way. I kind of write things that jump into my head and catch my attention and that’s kind of the direction I move. I don’t know if there’s an outside influence in that or just internally I’m moving towards a sound that’s a little different. I never want to get too far away from what I’ve always done so hopefully it’s not too big a jump away.

What would you say are the biggest influences on the way you write music?

When I grew up I was always a big Elvis Presley fan, my Mom was an Elvis fan so I guess when you’re a kid you’re stuck listening to whatever your Mom does in the front seat! I was an Elvis fan then I was a George Strait fan – you know, just those guys who sing songs about cowboys and life on the road! I really got into a lot of 90’s rock too; I was a big Pearl Jam and Matchbox 20’s fan.

Country music from Texas hasn’t perhaps had as much exposure, especially in recent years, as the Nashville sound. Do you find it harder to make a mark outside of Texas?

You know, not really, we really focused on being out of Texas the last decade. Just like in Texas it’s a slower grow but the fans stick with you and I think they’re more loyal. There’s something about discovering a band that nobody around you knows about yet then making them your own and introducing your friends to them. I think it’s a slower build but there’s more longevity in it.

It seems like things in Texas are just that little bit more independent?

We’ve been independent the entire fifteen years and it’s really important to me to write the songs that I want to write, wear the clothes I want to wear and not be told what to do!

The likes of Aaron Watson have gone on and really shaken up the Nashville labels with highly successful releases. Is that a sign of things changing?

I think that the last several years of social media and streaming have made it possible for independent artists to find some space to break through and Aaron is great example – he’s got some good radio success as well. I think the whole process is a longer drive and there’s a lot of people against you but I think the pay off is worth more if you can do it yourself as an artist.

Your music has pretty much been released independently and certainly away from huge labels. Do you think that has helped your career in that you can have more choice over your direction?

As an independent artist you have toured a lot in your career and built an extremely loyal fan base. Is playing live really your favourite part of what you do?

I think so. I don’t think that you can really know a lot about us until you see a live show because there’s just something about what we do onstage that translates to people. They can see it and feel it and understand that we love what we do. I think there’s a believable and authentic feel to what we do. We’re just cowboys that sing songs and I think people can relate to that!

We understand that you’ll be heading over to the UK in October for the Texas Music Takeover in London. How excited are you for that?

I can’t wait! I’m always anxious any time that we go somewhere new but this is more than new – this is a new country! I’m interested to see what the fans will be like and how they receive what we do!

Will it be your first trip to play in the UK?

This is our first trip over! I’m anxious and excited!

Do you have any expectations of the crowds in the UK compared to over in the States or is it just a case of hoping for the best?

Not too much. I’ve had some friends and other musicians go over. It seems like its always gone pretty good so I’m not expecting anything one way or the other I’m just going to hope for the best.

Will you be bringing the full band along or just going solo acoustic?

I think it’s mostly acoustic but I’m going to bring one of my guitar players with me so there’ll be a little more ‘umph’ to it. It’s always fun to get in front of a small crowd that are listening to the lyrics and having fun.

Do you think we could be seeing a full UK tour in the future?

I think this is the first step to bigger things. If we can figure out how to get the whole band out there and do the whole thing – this is just step one.

How about the next album? Do you have any plans in place for it or are you just enjoying the songs from ‘All Might Party’ at the moment?

Yeah we’ve got some done! We’ve got a fifteenth anniversary record out in October – one of the nights in the UK will actually be an album release party for that. There’s a lot of stuff happening with a new single, the anniversary record, touring the country and beyond! 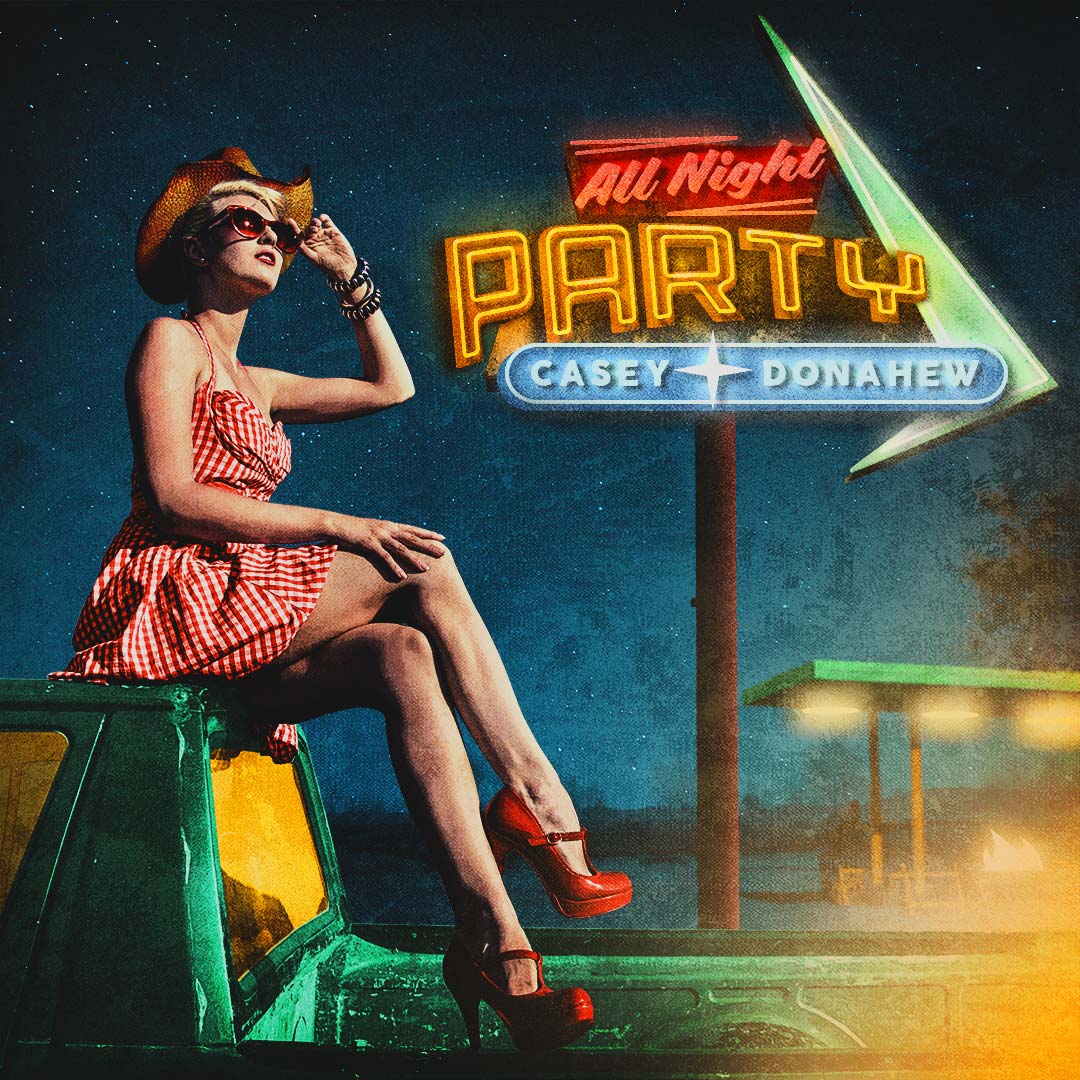