Curtis, thanks for spending some time chatting to us today in the UK. How are things?

All pretty good! Just woke up actually! I’m on those odd musician hours!

You’ve recently released your latest single ‘Right About Now’, which has been flying high on the Texas radio chart. Have you been pleased with the reaction to the song?

We are man! It’s the second single off my latest album and, we do a lot of honky tonk venues, it’s a straight up swinger! There are not a whole lot of those on radio these days so that was kind of different. Everybody has jumped on it which is great and it’s got all the way to number one on the Texas charts! We’ve had a great response!

It comes from the album ‘Undeniably Country’ which was released earlier this year. How excited were you to get that record out there?

It’s funny, as artists you live your life from project to project or single to single or album to album. It just kind of flies by and you’re prepping for the next thing so before you know it you turn around and it’s been almost a year. It’s funny because by the time you put out an album you’ve already written new material in the time it takes to record and put out. By the time I’ve put out a song I always want to play the stuff I’ve written that week because I always feel like, as a songwriter, you should be growing. I was really proud of this record. I wanted to do a more traditional kind of project because that’s the stuff that I love and want to play, you know, if I’m round a campfire with my buddies. That’s why it’s kind of cooler that we went back in time with this album and didn’t keep up with the current trends and modern country stuff and to have the success that we did with it was kind of cool!

The record found its way up to number 16 on the Billboard Heatseekers chart. It must be nice that people still want to hear the more traditional stuff?

Absolutely man! You also kind of feel like a lot of the new stuff is just so mundane! They’ve found a formula that works and just pump it out. They just insert new words but production wise it’s kind of the same. We wanted to make it unique and do something cool. It’s awesome to have a good reception.

You’ve obviously been in the spotlight quite a lot with your stint on NBC’s The Voice. How big a help was that to your career?

It was great. It took me from playing local Austin area venues and opened the door to playing outside of Texas and grow and expand my fanbase. It kind of opened the door for me to go to Nashville and get into the writing world because up until then I’d only written by myself. I was then able to start doing co-writes and, of course, you get better songs. I was able to get more recognition so it was the first step on the ladder to commercial success. That was in 2011 and I still have people come up to me who say that they started following me from the show! I was fortunate enough to make it to the final twelve and you really do have to put your life and career on a hiatus so it wound up becoming a good investment of time and well worth the point of doing the show.

You had Ceelo Green as your mentor whilst on the show which is clearly not the obvious choice Blake Shelton. How much did you learn from Ceelo?

It was cool. You didn’t see them as much as they make it out! They’re more of the eye candy who fly in and shoot the scenes then get out. From the time we did see him he was really big on not changing because someone tells you what to do and being original and true to yourself which was a great point! He was the only one that turned around so I didn’t really have an option. The crazy thing was that throughout the duration of the show they’re telling you what songs you have to sing which was weird for me because my opinion is that if I’m going to do a singing competition I want to do a song that I’m going to impress you with! In the first production meeting you go in there and they basically told me I’m singing ‘Hillbilly Beau’ which is of course a Blake Shelton song who was the last judge added to the mix – it was interesting that they gave me Blake’s song… it’s probably harder to impress Blake with Blake’s song than if I was to go in there and just nail a George Strait song! To be honest I was just happy that anybody turned around!

You’re currently based out of Texas and possess that unmistakable Texas red dirt sound. Do you find that to be a better home than trying to push through in Nashville?

Yes sir I do! There’s a lot more flexibility. I don’t have a label or management behind me who are forcing me to go a certain way because it’ll sell more albums or have more commercial appeal or whatever. I can and do still go to Nashville. I go to write and I have a great group of guys to write with that I trust and know that it’s the style of music that I want to do, what I want my album to sound like and where I’m going. There are enough people out in Nashville still who do what I call ‘real’ country stuff. So I can go to Nashville and write then come back to Texas and play the shows. A lot of the guys in Nashville are stuck in writing rooms – it kind of goes backwards in that you write, write, write and hopefully get a publishing deal then if you do that they throw you on a stage and hope that you know how to sing in public! That’s opposed to the Texas scene where you get a band and start playing shows so you’re not just learning how to be a writer but you’re learning how to put on a good show. I don’t have any strings attached, right now it’s me and my manager and there’s a great freedom that I wouldn’t have under the machine in Nashville. It’s a hard fine line where you want to make it, of course you want national radio play, but if they’re saying you have to do this, this and this to get there and quote/unquote ‘sell out’ and not be me just to make it.

Texas country seems to be gaining more and more popularity outside of the state with the likes of Aaron Watson achieving huge success in the charts. Do you think someone like Aaron is a good example of how it can be done?

Absolutely! He’s a great example of someone who was able to do it right and still manages to be himself!

Moving back to the current single ‘Right About Now’. It’s gaining some attention on various radio stations over here in the UK. How does it feel to have your music played on radio all the way over here?

It’s pretty surreal! It’s awesome than, one, people even know who I am and, two, it’s just cool that anywhere outside of Texas, even if we go play in Montana, people are still singing our songs! You’re not guaranteed that when you start doing this. You start playing for your friends and family so just to see how much I’ve been blessed and the reach that it’s been able to go all the way over the pond is great! Last year we got to go to France and do a festival and that was really really cool to be singing a show in a country I’ve never been before! You look out and people who don’t necessarily speak English are singing your song! I’m appreciative that’s what it is – I appreciate every spin that someone does out there!

Did you ever expect to start making that transition over to the UK and Europe with your music?

Honestly I didn’t. I want to grow and expand and would love to be everywhere worldwide but when I set out I didn’t really have an agenda of having my music played wherever I just enjoyed singing and writing songs. It’s kind of a great payoff without having to try and force it.

Is it likely that we’ll see you over here in the future for some shows? 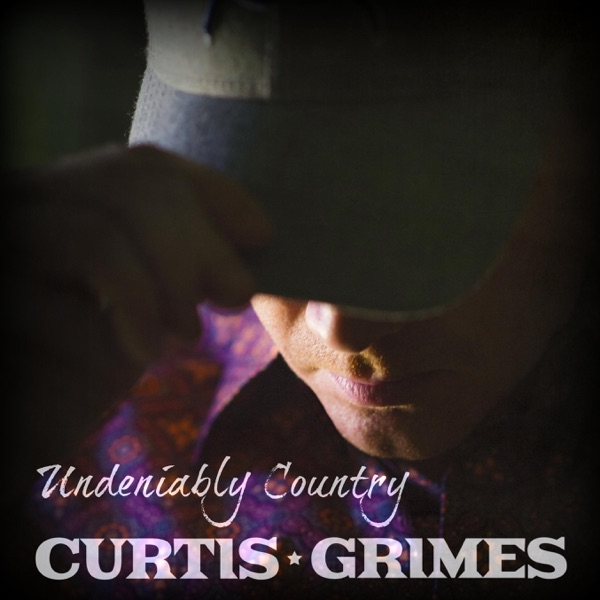