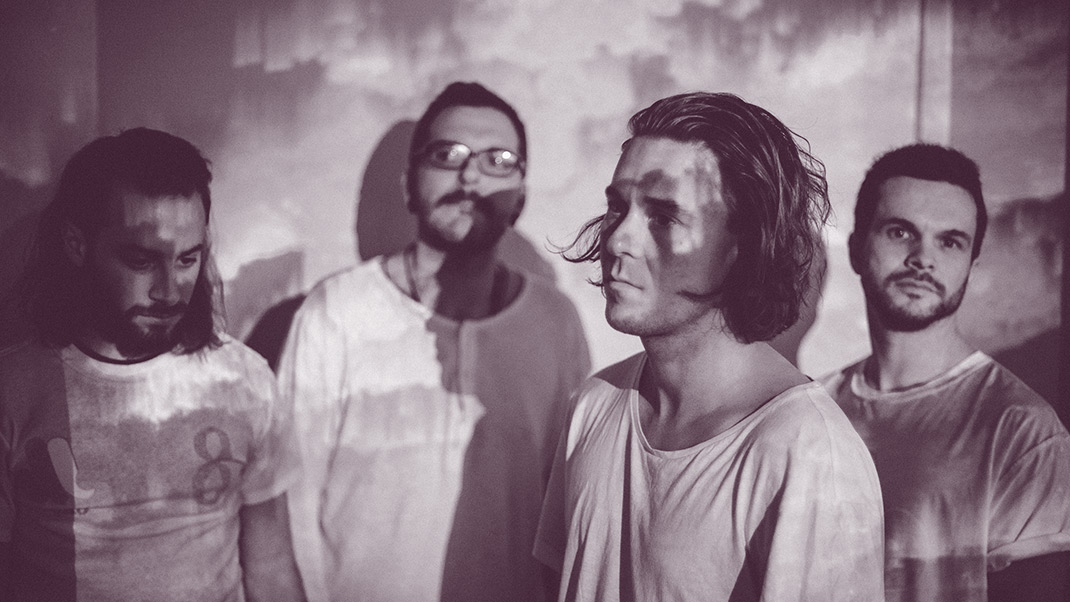 new material. I caught up with the band’s frontman, Jon Matte, ahead of their London show last week to talk about the new album, tour life and songwriting.

You guys have been on tour absolutely non-stop this year. How is it going so far?

Good, I mean it’s been a busy year! We are supporting the new CD. We have done some tours in Europe, one in Australia and a bunch in Canada. I’d say it’s been busy but we can still digest it and have a normal life at home. It is not completely like we are gone six months straight on tour.

You’re playing in London today and tomorrow, are you excited? You’ve been here many times before so it is almost like home for you.

A little bit! We are starting to get to know the city. Most of the time when we are in London, it is very quick – in and out. It’s so nice that we are here for two shows so we can hang out during the day. We are also going to record new material in Kent, so we have five days in the countryside in the UK working on new stuff. We have a couple of new songs we want to lay down here.

Oh, you are already working on new songs even though you just released an album?

Yeah, it’s just for fun but we know a good engineer and producer we wanted to work with. He’s worked with Arctic Monkeys and other musicians and now have an opportunity to work with him.

Is that good for you to record on the road? Do you prefer to do it this way while you are on tour rather than when you are at home and have some time off?

I’m not sure because we have never done it before. We have only recorded one demo in Copenhagen while on tour and it worked out well but nothing like this. When you are on tour, you are more focused on music because you don’t have a home life. Our heads are in it. We also sleep in the studio so there will be a very high level of focus. It’s not like people are going to go home because they need to feed their dog or because my girlfriend wants to go to dinner.

You have this very individual style of music – it’s kind of modern folk with some rock and country influences. Do you find it tricky to be in a niche genre or is that something you always aspired to do?

Sort of. You soak up what influences you. It’s about what music you have been exposed to, what bands you’ve seen or heard. I like the hybrid bled of certain folky stuff and then some modern tones and layers. I always experiment and try to have a different approach to music. At the end of the day, it is pop and rock and folk. It is about how you make it good and honest.

You have toured with some amazing artists like Ben Howard and Mumford and Sons over the years, how has that helped especially in terms of writing the second album?

I am a bit of a sponge so I definitely pick up influences on the road. If I hear a particular sound or a type of percussion that I like, I might try to sneak it into the next song and see whether it works. But of course it is a natural thing, it’s so much about what inspires you.

I would like to talk to you a little bit about your latest album. How difficult was to write on the road?

The other day in Berlin there was this guy making fun of us for writing on the road because all you can sing about is the road. *starts singing On The Road Again by Willie Nelson. * You know, all of these cliché things about touring. I try to lock myself away or be in the studio with a bunch of instruments when I’m home. It’s good to be in this kind of a space because when inspiration comes, you grab it. You have a little mic and drum set and some guitars, you don’t lose the idea this way. I have hundreds and hundreds of memos on my phone but it seems like this phone memo thing never gets revisited. I got over a hundred of them and some are just labelled ‘good song’ or ‘good song idea’ or ‘worth trying to finish’ but it is tough on the road because you don’t really have time. Once you put a song aside, you are not in the same space and the initial inspiration isn’t there.

This is the first tour of you guys playing these new songs. How is the response to them? What does it feel like to finally have these songs out there and playing them live?

It’s good, it’s been good. Obviously, back at home we have the most support so it depends on the territory. I think Berlin is catching up because people were singing the lyrics and seemed really into it. We are building something but it’s hard to say. The records sales are down these days and we are still an indie band, so we are approaching each territory from the ground up. That’s what we are good at. We just want to keep coming back and keep showing our faces. People seem to be connecting with us live so that feels really good.

You guys have an amazing visual style. Even your Instagram is so well done visually. Is that an important part of the band?

I do a lot of the social media. We thought it would be nice to try to use the social media and photos and have actual talented photographers document the record or make little video montage. Even other photographers might visit the page if they want to see a different style of photography. It’s not all about the band, it is also about having somebody else’s talent and working with that.