It’s testament to the rise in popularity of country in the UK that Lady Antebellum headed over for an arena tour this October with Kelsey Ballerini and Brett Young also on the bill. The latter may be a new name to some fans 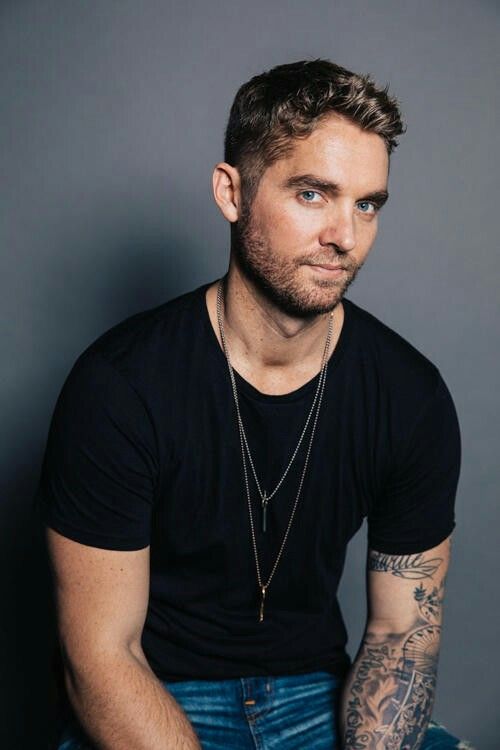 but certainly won’t be for long thanks to his number 2 self-titled debut album, which spawned the singles ‘In Case You Didn’t Know’ and ‘Sleep Without You’, and his much hyped performances on the ‘You Look Good Tour’. We managed to chat to Brett for ten minutes before he took to the stage at the O2 Arena in London on the final night of the tour…

Hi Brett, thanks for spending some time chatting to us today. How has the tour been?

It’s been great. We’re not only at the end of the UK run but we’ve been on this tour all Summer. I’ve gotten to play a lot of venues that have been kind of ‘bucket list’ venues for me and I’ve got to come over here for the first time, I’ve never been, so that was kind of awesome. Obviously getting to learn from and be around Lady Antebellum with their ten years of crazy success in this industry so it’s been kind of a life changing Summer.

How about the UK in particular? How have you found it over here?

Amazing! It’s strange in a good way! I started kind of playing in the LA singer-songwriter scene and usually those rooms are about a hundred people and I’ve noticed that over here the country music fans are very much like the listening room fans of the LA singer-songwriter scene but on a much bigger scale. They’re very attentive and very excited and also very respectful so it’s been interesting to watch them go from cheering at the end of a song to completely dead silent again and ready for the next one so it’s very refreshing!

It’s funny that you say that. It seems that most artists say the exact same thing when they come over here. You’ve been on tour with the mighty Lady Antebellum playing some of the UK’s biggest arenas. That’s some introduction to our country!

It really has been! I think some of the venues that we’ve played here are even bigger than some of the biggest over in the States on this tour. We obviously played Bridgestone in Nashville and Hollywood Bowl but a lot of them were more like five or six thousand and I think Manchester was in the teens and here at the O2 is a really big arena so it’s been a great way to come over and play for the first time.

How have you found the crowd reaction to be opening these shows? Obviously it can be a tough slot opening up a huge arena show.

We have! That’s one thing that’s been really nice aside from what I’ve already said about them being a good listening audience. When you play in the States most people who come out know the singles that have gone to radio but they haven’t dug very deep into the album – that’s not to say everybody because some of them have and some of the great fans really know the whole record – but I’ve noticed is that over here if we play a song that’s not one of the radio singles they really know it and they’re singing it back and that’s been really cool to see. Coming here for the first time you have no idea what to expect and it seems like, for all the other reasons that I’ve mention as well, that they are really genuine music fans and they’ve dug into the record and it’s fun to see them sing aloing.

Let’s talk a little about your debut album that came out earlier this year. How did you find the reception to that?

I was really really excited about the reception that we got! These songs are all kind of my babies because I wrote all but one of them and it gets very personal so if you get a poor reaction you kind of start to wonder what you’re doing wrong and second guessing yourself. I went into it with no expectations because I didn’t want to be let down but I feel that the reaction has been amazing and it’s really validating and encouraging and it’s making me really excited to get back into the studio and make the second one!

It went in at number 2 in the Billboard country chart and you also clocked up a Gold certification for ‘Sleep Without You’. Did you ever expect to find such success at such an early stage in your career?

No not at all! Like I said, one thing that I always try to do, and it’s probably a bad characteristic, is that I really try to manage my own expectations. I don’t want to expect too much and then let myself down and be discouraged and so we went into it excited but trying to be realistic. We’ve had such a great reception and that’s the way that you kind of always want to do it is to be surprised by the outcome and the results and we really have been.

It’s almost a rare thing these days to see an artist like yourself who had a hand in writing all but one of the songs on the record. Do you think that this album represents you quite personally?

Yeah absolutely! I think that’s exactly what the goal was moving forward with the record and when we were picking songs it was to make sure that it was a very clear depiction of me as a person and when you’re listening to this record you’re not just getting to know me as an artist but as a person. I’ve taken things that I’ve lived through and I’ve been very raw and vulnerable about them in these songs. I think that was the point and I think we’ve achieved that.

The closing song on the album, ‘Mercy’, which is one of my favourites was written with Sean McConnell who is without doubt one of my favourite songwriters. How long did the process of writing this record take? Were they songs that you already had and ‘polished’ with other writers?

There definitely were no songs that I already had and went in and changed or polished up. There were a lot that I had before I signed my record deal and the other half I used kind of the ‘power’ of Big Machine to get in the room with some big writers that I maybe wouldn’t have got in the room with otherwise. Luckily, I got in with Sean before I got my record deal. That was an amazing one. Songs like ‘You Ain’t Here to Kiss Me’ or ‘Sleep Without You’ were all written before the record deal so it was a combination of things. I agree with you though – I think Sean McConnell is one of the best and if you ever want to write a song that breaks somebody’s heart then you’re gonna wanna go and write it with him! The stars kind of aligned with that one and that’s possibly my favourite on the record as well!

It’s funny you say that because my next question, and this is always a tough question for an artist, but do you have a personal favourite song on the album that you hold dear? Would it be ‘Mercy’?

Yeah… I think favourite is a hard word! I think it’s the most personal and hurts my feelings the most which is what I’m looking for as a listener. Having accomplished that as a writer is really special to me so, yeah, that’s the one that is most precious to me.

The album was released on Big Machine Records which is one of the biggest labels in country. How was the feeling when they came knocking and took you on?

Yeah. We kind of took meetings with everyone in town. Just like I’m sure happens with everyone else people are just testing the waters and testing the temperature on who’s going to bite first. I couldn’t have been more fortunate to have it be Big Machine. Right from the very beginning they’ve made me feel important and heard and trusted. I got to put out exactly the album that I wanted to if you’d have asked before and that’s great. They’ve taken such good care of me.

What have been your stand out moments from the tour so far?

The first really big one for me was, and I’m sure every artist does this, I had a list of ‘bucket list’ venues that I wanted to play in my life and at the very top was Hollywood Bowl because I grew up in Southern California and have seen so many shows there and it’s also obviously a very iconic venue. The second weekend of the tour we got to play there and we had pretty much all of my friends and family there! To walk out as the opener at seven thirty in the evening, you know, its still sunny and daytime outside! To walk out and be able to see all the way to the back and see it was so full at Hollywood Bowl was really special! One of the other big ones was the last date of the tour in the States at Bridgestone in Nashville which I think is a checklist thing for every country artist. Also very recently getting to come over here and play, like you said, in such big venues for the first time. I know so many artists that have come over and kind of hustled playing the clubs so getting to come over for the first time and play to this capacity has been amazing and such a great experience as well!

Are we likely to see you coming back over to the UK any time soon?

Absolutely! If y’all keep loving country music as much as you do then I’ll come back whenever I can! 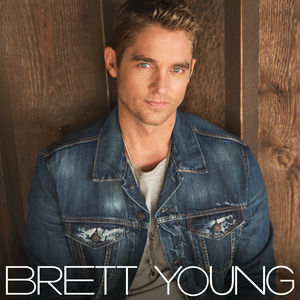