Last week was a big week for Chris Young. He released his seventh studio album, Losing Sleep, and was inducted as a member into the Grand Ole Opry. He’s come a long way from winning country music’s own talent competition, Nashville Star, in 2006. Nine years later he finds himself with eight number one singles under his belt and a regular on country music radio. Losing Sleep is the follow up to his very successful 2015 album, I’m Comin’ Over (if you don’t count his 2016 Christmas album). It was his first number one album and the fastest of his albums to be certified Gold. So it would be no easy task to follow up such a success.

The album opens with the title track ‘Losing Sleep’; a very poppy, polished sounding track with a big punchy chorus. It doesn’t feel like title track material, but it is radio friendly and the opening/closing is memorable and easily recognisable. The lyrical content is familiar territory for Young, where explores intimate, romantic relationships. ‘Yeah we’re winning, we’re losing. When we’re losing sleep.’

The second track is ‘Hangin’ On’, which takes the album to a more up-beat place. This song has a far bigger musical injection, but not much else. It doesn’t build up to where you feel it should be going. The electric guitars running through the song make you feel as though the vocals should match this, but it doesn’t feel as though it captures Young’s serious vocal range. But this may be due to the repetition of ‘Hangin’ On’ throughout the chorus.

Up next is ‘Holiday’. Maybe its because he has released a Christmas album or due to the use of the word holiday, but this track rings of a Christmas song to me. It’s catchy and cute with Young explaining how his girl makes him feeling like every day is a holiday. It’s smooth and polished, but it lacks that little something extra to make it special.

The fourth song is ‘Radio and the Rain’, which takes the album to somewhere more serious and sexy than the cute Holiday. It’s a welcome change and this sound works well for Young’s deep, smooth vocals. Again, it starts off slower but has a big, vibrant chorus, which is clearly a sound Young is a fan of. It’s also another song about making love. ‘Never heard anything like that, The way you whisper my name, Making love to the soundtrack, Of the radio and the rain.’

‘Where I Go When I Drink’ takes the record back to a more sombre place. The soft piano alongside Young’s vocals makes for a heart breaking song. Musically, it’s simple but this makes the lyrics more poignant and beautiful. Young’s voice was designed for songs like this as he has the vocal ability to make you feel the emotion.

The album moves back into it’s poppy, upbeat sound with the sixth song, ‘She’s Got A Way’. A beautiful woman catches Young’s eye in a bar, which feels like a theme that is currently everywhere in the top 40 on country radio. Young doesn’t re-invent it, instead he uses it to make a catchy, commercial song.

‘Leave Me Wanting More’ feels very familiar. Think ‘Getting You Home’. But instead of making it out for dinner Young is already convincing her to stay in. It feels like it’s more poppy, average, little brother. This song won’t really stick with you, but it’s nice all the same.

‘Trouble Looking’ is the shortest song on the album at 2:33, with the album itself only lasting 30 minutes. It feels very similar to She’s Got A Way. ‘You stand out on the dance floor, Song stops and I want more, Your eyes lock into mine, Lord, help me tonight.’

The penultimate song is ‘Woke Up Like This’. This a bit more along the lines of the cute, morning after song. More big choruses and a little helping of electric guitar to give the song a little more edge. At this stage in the album it feels like a well worn slipper of a song.

The album finishes on ‘Blacked Out’. A haunting, heartbreak song where Young gets drunk to forget his feelings. ‘That’s why I drink, to drown it out, It’s the only way I know to let her go for a little while.’ This song is probably one of the more memorable tracks on the record and it was the one I most often found myself singing along to in my head. It feels as though it born from the same place as Where I Go When I Drink and leaves the album on a sombre note. 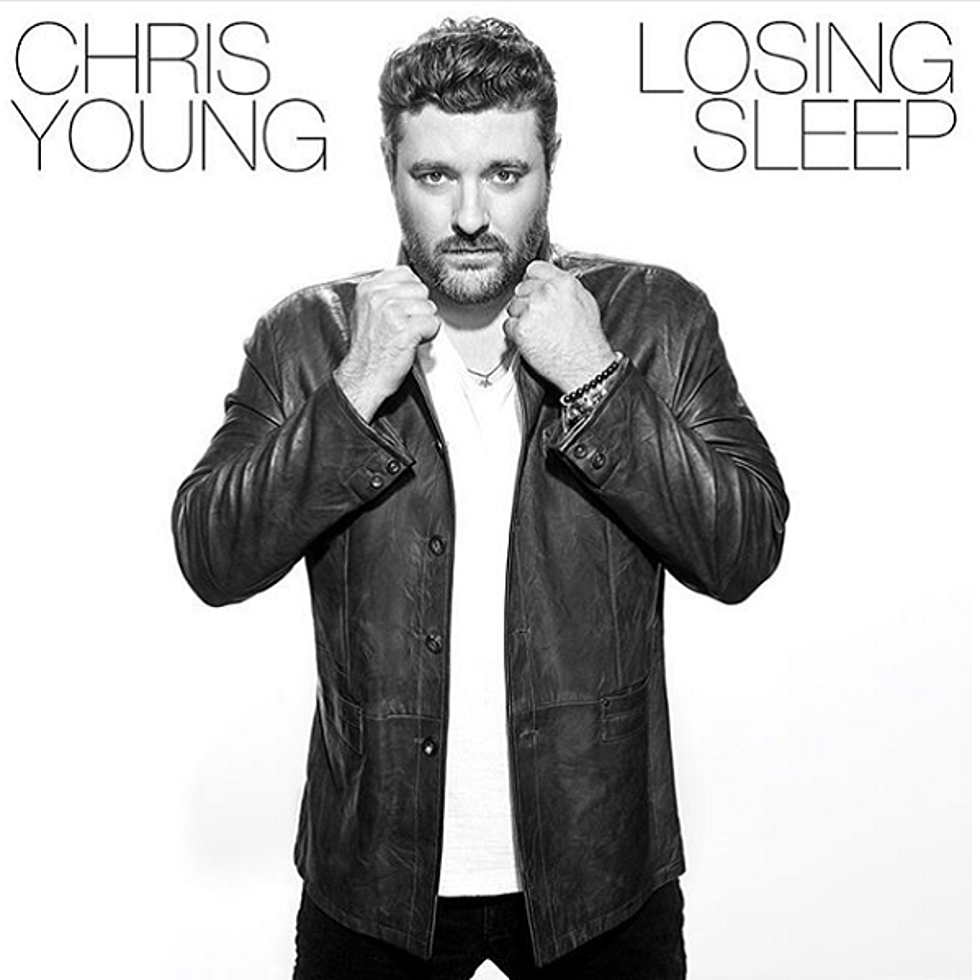 I don’t really know what this album has to say. I’m a huge fan of Chris Young, I plan to have one of his song as my first dance at my wedding…whenever that time will be… but there’s something missing with this album. It lacks songs like Underdogs, or really anything that isn’t about seeing a beautiful woman, sleeping with a beautiful woman, or drinking because the beautiful woman broke up with him. The music isn’t overly exciting or ambitious and the lyrics aren’t anything new. It feels very one note, which I consider to be a great shame. Much of Young’s work has depth and deals with a variety of different themes, I miss songs like Voices and Flashlight, I miss how deep and soulful his voice can sound, and I miss the country twang in his songs. It feels as though someone has told Young that he’s very good at making smooth, sexy, pop-country songs, which he is, so he made a full album of them but I miss the variety of his other albums. If you really enjoyed Sober Saturday Night, then this album might be for you than it was for me, but it’s safe to say I will continue listening to my well loved copies of Neon, A.M, and I’m Comin’ Over instead of this record.

Blacked Out, Radio and the Rain, Trouble Looking