Hot off the heels of one of my favourite albums of the year in ‘The Nashville Sound’ there wasn’t a chance that I was going to miss Jason Isbell & the 400 Unit as they headed over to the UK for their 2017 tour. I managed to get into the show at the Albert Hall in Manchester which really is a beautiful venue. Upon arrival the place was 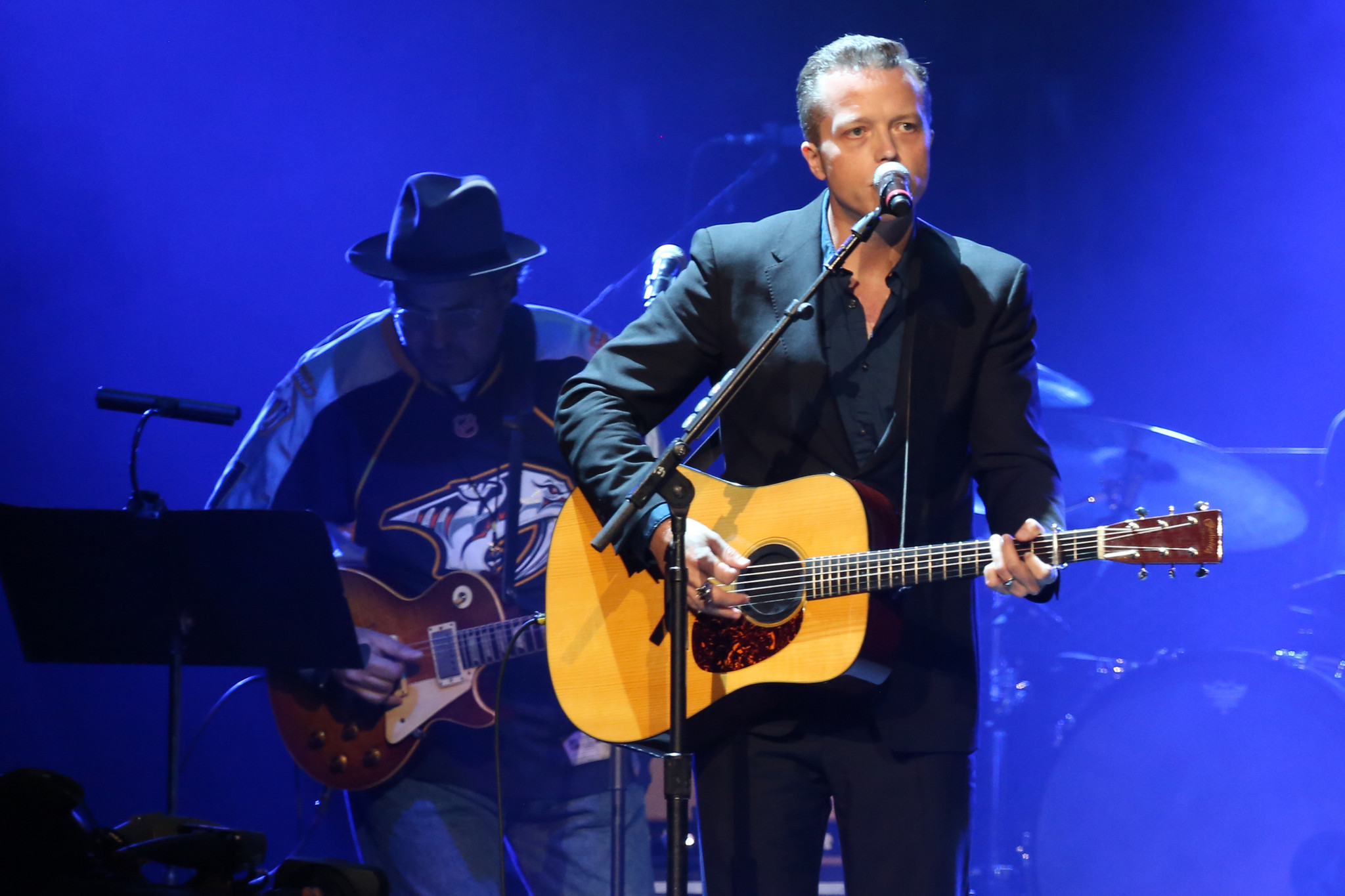 absolutely packed with real excitement in the air. The former Drive-By Truckers guitarist turned solo songwriter has built a great following over here in the UK in recent years as well as being revered as one of the best lyricists of his generation by the likes of John Mayer back home.

As Isbell and the 400 Unit hit the stage it was clear that this tight five-piece meant business with Isbell giving a big “good evening Manchester!” to the rowdy room. It was a shame that Isbell’s wife and fiddle player/backing vocalist Amanda Shires wasn’t over for the tour but, considering she’s an artist in her own right (and a great one at that!), it’s not always guaranteed.

The band opened up with the lively ‘Hope The High Road’ which is a favourite of mine from the record. It’s big guitars and absolutely ripping slide solo were the perfect start to the show and also a brilliant introduction to what a great musician Isbell really is. This was followed up by ‘White Mans World’ and ’24 Frames’ – the latter being a tune from the previous album ‘Something More Than Free’.

A lot of the songs on the night came from ‘The Nashville Sound’ and ‘Something More Than Free’ with a Drive-By Truckers cover or two in the form of ‘Decoration Day’ and ‘Never Gonna Change’ thrown in there. Songs switched quite effortlessly between the bands rock and roll sound and some of the slower and more delicate acoustic numbers. Songs such as ‘Last of my Kind’ and ‘Speed Trap Town’ were brilliantly worked with the band offering some subtle backup to Isbell’s Martin guitar.

One of the big highlights of the night was ‘Cumberland Gap’. This song is pure rock and roll with Isbell’s vocals soaring over the distorted guitars in the huge chorus. Similar can be said of ‘Anxiety’ which is stadium sized in its power.

An encore of the absolutely stunning ‘If We Were Vampires’ was met with a great reception. This is the type of song that one should not judge from the title and really should set some time to sit and listen to the lyrics. The night was closed out with a tribute to Tom Petty in the form of ‘Refugee’.

Jason Isbell is without doubt earning a name as one of the best songwriters that we have in this day and age but, if this show and his recent residency at the Ryman in Nashville is to be believed, he is also one of the best live performers along with the 400 Unit. With such a strong catalogue of music to draw from, whether it be his solo work or songs from his time with Drive-By Truckers, and a tight band alongside him it is well worth catching an Isbell show!