There’s no doubt about it – Chris Stapleton is on the fast track to becoming not just a country music legend but also a musical legend of our time. His debut record ‘Traveller’ and subsequent performance of ‘Tennessee Whiskey’ at the 2015 CMA Awards propelled him from Nashville songwriter extraordinaire to a Grammy winner and a multiple CMA Award winner. Earlier this year we saw ‘From A Room: Vol. 1’ released and the Stapleton juggernaut showed no signs of slowing down – tracks like ‘Broken Halos’ and ‘Second One To Know’ proved that Stapleton’s soulful voice could still belt out tunes whether they be soft and tender or rollicking and bluesy. In a bumper year for Stapleton fans we now have ‘From A Room: Vol. 2’ in our hands to close out 2017.

The album opens up with ‘Millionaire’, which is one of two covers on the record. It’s similar musically to ‘Broken Halos’ in that it starts of sparsely with acoustic guitar and Stapleton’s signature growl before the band kicks in and it grooves along. The true heart of this song is in the beautiful harmonies of Stapleton and his wife Morgane that weave together whilst singing the lyrics about love being worth more than anything in the world. The special thing about these two singing together is that it really does feel genuine.

‘Hard Livin’ kicks off with a guitar riff that could have been from a Waylon Jennings song and sounds like it has been recorded live in a honky tonk. It’s a foot-stomping slice of outlaw country and really showcases the best of Stapleton’s brand of country music. Lyrically it’s all about how living fast and hard catches up with you and Stapleton’s rough and ready vocals really make it believable – his ‘Woo’ just before the instrumental is just badass!

Next up is ‘Scarecrow in the Garden’ which is a kind of Celtic-folk inspired song and slows things down a little bit. It’s the story of a farmer who came from Northern Ireland to try and make a living in the USA. It’s all about the desperation and difficulty suffered and how that leads to him ‘sitting here all night, there’s a bible in my left hand and a pistol in my right’. It’s really great songwriting from Stapleton (with Brice Long and Matt Fleener).

Track four is a slow and soulful blues in the form of ‘Nobody’s Lonely Tonight’. Its yet another lyrical triumph written this time with Mike Henderson that will transport you back to any heartbreak that you’ve ever suffered as Stapleton sings “what’s love but an illusion”. The story tells of two broken hearted people who meet and decide to act like the other is their lost love for one night so they don’t have to feel lonely. It’s deep and heart wrenching stuff.

‘Tryin’ To Untagle My Mind’ picks things up slightly as Stapleton goes into lamenting outlaw mode singing about getting drunk and stoned and sleeping with women. It’s a slow bluesy country song in the mode of ‘Nobody to Blame’ from ‘Traveller’. The big chunky guitar riff in this song just goes to underline what an under-rated musician Stapleton really is.

Next is a song that sounds like it could have been recorded live in a little bar somewhere. ‘Simple Song’ is a brilliant acoustic number with just Chris, Morgane and his guitar. This song really is proof that music doesn’t need to be over-produced or complicated to be beautiful. Chris and Morgane sing about appreciating life despite all of its challenges “sister got laid of last fall and I got high cholesterol, but I love my life, it’s something to see, it’s the kids and the dogs and you and me”. This is another song where you really do feel the married couple pouring their hearts out.

The next song is without doubt a slice of my favourite side of Chris Stapleton. ‘Night Train to Memphis’ kicks off with a big ol’ fat and dirty guitar riff. The song is Volume 2’s equivalent of ‘Second One To Know’ and absolutely rocks and rolls along. It’s pure rock and roll blues with Stapleton’s husky southern twang barking over the top singing all about someone stuck in jail listening to the train pass by each day. This thing is just 3:43 of pure country ass kicking!

‘Drunkard’s Prayer’ gives us a little come down from the previous track and unleashes the ‘Whiskey and You’ side of Stapleton. This is another song that sounds like it’s been recorded live in a little bar and that’s testament to producer Dave Cobb letting these songs and the voice behind them do the talking. It’s quite similar to a lot of other songs in it being the bad boy confessing his sins but this time in a moment of weakness admitting things to God. Despite some of the songs being similar in content Stapleton manages to make them intriguing and interesting stories in themselves.

The album is rounded out by a cover of an old Stax soul tune ‘Friendship’ which once again uses Stapleton’s soulful voice and bluesy guitar then adds a country twang. The song has a brilliant guitar solo and ends the album in the perfect laid back way. It’s a song that you could listen to all day without getting tired. 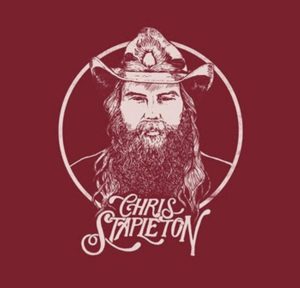 This album is no surprise – Chris Stapleton has done it again. Let’s be honest, by this point when you hear that he is releasing new music then you automatically know that it’s going to be f*cking fantastic! ‘From A Room: Vol. 2’ picks up where Vol. 1 left off yet manages to expand on it. It’s easy to see why this record has been released over two albums because there are really no songs that deserve to be left out. This album has the tender and slow songs in ‘Nobody’s Lonely Tonight’, the rollicking and rocking in ‘Midnight Train to Memphis’ and the straight up country in ‘Hard Livin’’ it mixes country, rock, soul and more as well as some great song writing and musicianship. Huge praise must go to Morgane Stapleton whose harmonies enrich the songs perfectly and to Dave Cobb who produced this thing with the most subtle and deft touch. This may be a big call but I genuinely think that in the future the name Stapleton will sit alongside Cash, Jennings, Nelson and more.