After being in the music industry for a while now after appearing on a couple of reality music shows and releasing multiple albums, Sarah Darling has found a perfect place within the country music scene. After the release of the great album ‘Dream Country’ earlier this year, she followed with this sparkling Christmas album, suitably named ‘Winter Wonderland’, I’m a massive an of Christmas and Country, so I was super excited to take a listen…

The festive album begins with the flirty and fun ‘Santa Baby’, this is a great way to start the record as so many people know all of the words and will be captured straight away. The old school arrangement accompanied by Sarah’s strong, yet subtle vocals make for a pretty much perfect version of this tune.

Following is the old time classic ‘White Christmas’, the slightly more contemporary intro makes this song almost unrecognisable as it begins but as the lyrics kick in, we soon become familiar. With the vocals taking centre stage for the majority of the song, we get to hear just how beautiful Sarah’s voice really is.

Next up is the ultimate Christmas carol ‘Silent Night’, this is one of those songs that have been covered by so many, so it can be hard to make an original version, for me, this is one of the most angelic versions I’ve heard, for people who may not want to listen to a Christmas carol, I think the beautiful melody brings this song to life. There is something magical about this version.

The different, yet simply beautiful opening of ‘Winter Wonderland’ reminds us that this album does have a slight country twist as Sarah’s vocals show. Shortly after the sleigh bells kick in and that Christmas excitement begins as we all start to sing along to the well know song. The chorus shows an arrangement of typical country instruments to add a even more pleasure to our country music loving ears!

What is more Christmassy than the well-known tune ‘The Christmas Song’, the gentle music followed by Miss Darling’s vocals provide such a warm, easy listening version of this classic. It seems so effortless but still so stunning.

‘River’ has to be one of the most underrated Christmas songs, which could be down to the sadness that is wrapped up in the greatly written lyrics. The intro makes your heart sink in such a special way that you know straight away that you’ll be feeling every single heart-breaking word that is sung. Sarah’s voice is so ideal for this song, especially with the slight country tone that appears in this. Sarah captures the story behind this song completely. The purity in her voice in the chorus will make this one you’ll want to have on repeat.

‘I’ll Be Home For Christmas’ is one of my favourite Christmas songs. The undertone of sadness that appears in the lyrics towards the end of the chorus reminds people that not everyone gets to spend Christmas time with loved ones. This slightly haunting, yet lovely version will stay with you long after the first listen. I believe that Sarah does this emotional song so much justice.

We get a slightly more traditional sound with ‘Have Yourself a Merry Little Christmas’, for the first time throughout the album, I believe the music takes priority in this song and it actually works due to the beautiful melody. Not to lessen the faultless vocals throughout the song. I think this is done perfectly to leave you with the warm, magical feeling that should be felt all round at Christmas. 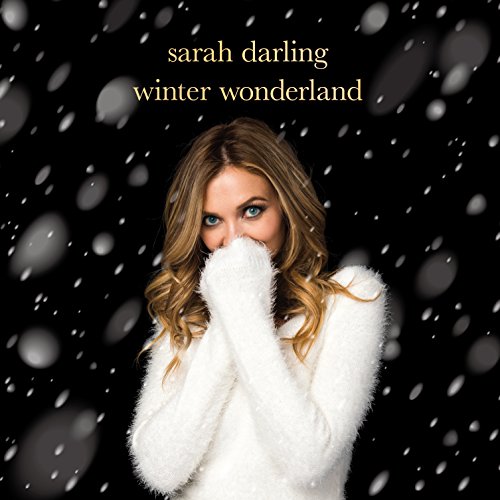 It has been a while since I have encountered such a stunning Christmas album, as so many people cover the same songs each year, it can easily get repetitive and maybe even boring, to hear them repeatedly, but Sarah Darling has created such a simply magical album that showcases her truly angelic voice. The subtle music, that is still full of life accompanies her vocals perfectly and reveal that the singer has a true gift for singing, especially Christmas songs. I couldn’t think of an easier listening album to play this holiday season. This is easily my favourite Christmas album this year.