For those who are keen to see female songwriters given a strong voice in Nashville, the Song Suffragettes are fighting their corner. This weekly Nashville writer’s round showcases some of the best 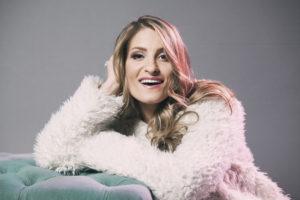 female artists in the genre and has seen the likes of Kelsea Ballerini and Lindsay Ell play. Lena Stone is one of the members of this group and is now “stepping out from behind the veil” to forge her own solo career.

Lena Stone has been writing songs since she was eight and playing guitar since the age of 14. Originally from Carlisle, MA, she went to LA to take part in a Grammy Songwriters camp where she was told that her songwriting style belongs firmly in Music City! She has penned over 500 songs and still participates in Song Suffragettes shows, a group that she is a founding member of.

Where can we listen to her?

The obvious choice would be to get down to a Song Suffragettes show in Nashville to hear her perform. Now that she’s forging ahead with her solo career, you can get hold of her 2017 singles Nervous or Can’t Think Straight on iTunes. She’s currently in the studio working on her debut EP which is slated for a Summer 2018 release.

What can we expect from her music?

Lena is a songwriter first and foremost so we can expect honesty. Her years of experience in penning songs and fighting for equality in country music have given her a solid grounding for her music. She lists her influences as including James Taylor, Jennifer Nettles and Eric Church. This fantastic mix of sounds comes across in her music! The easiest way to find out would be to watch her video for Can’t Think Straight.

Will we be seeing more of her?

Absolutely! As we mentioned before, she’s currently in the studio recording her debut EP, which she hopes to have out by summer 2018. With her strong ties to the #MeToo movement and fantastic songwriting talent, Lena is on the road to a big future!